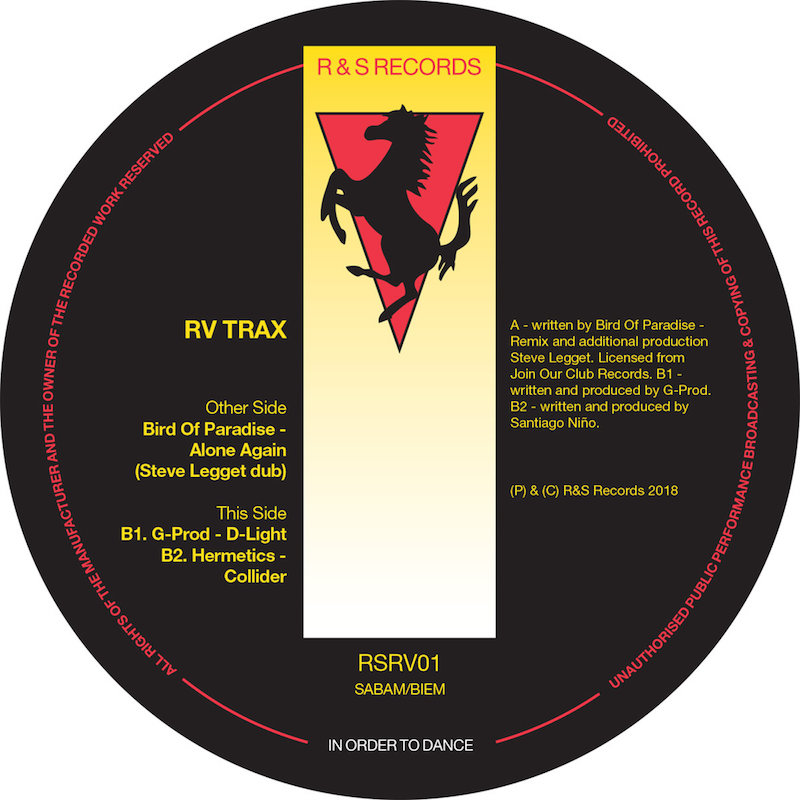 Last month saw the Belgian co-founder of the vital R&S Records Renaat Vandepapeliere launch the first of a new series of releases called RV Trax personally curated from his recent return to DJing after a three decade absence. The return came after an invitation to do a set from a group of young students, his unlikely acceptance coming only after they agreed to the caveat that he appear under a pseudonym and play whatever he wanted,

Invigorated by the experience and bored at the emulative stasis and DJ worship that characterises much of today’s consumer driven electronic music scene, Vandepapeliere returned on a regular basis to what he regards as a ‘service’, determined to quietly spin broad, dynamic and educative sets without focus on genre or name. The aim was to share eclectic and innovative work by unassuming artists with a new generation hankering for difference.

The series has been assembled from a plethora of hitherto unreleased cuts he came across while scouring for music. It’s a snapshot of the diversity on offer that is further punctuated  by the essence of his DJ sets. It’s  lesser known electronic artists and producers that put the creation of their music ahead of themselves. The first is a thrilling attention to detail three tracker that more than kicks the ball down the road in achieving his intention. Sporting an industrial inspired Steve Nugget dub remix of Alone Again by Birds of Paradise and the ominous power of ‘Collider’ from Hermetics, the project of Argentinian producer Santiago Niño.

Wedged between the heavy hitters is the stunner ‘D-Light’ from underground French producers David and Nicolas Gaugain, aka the excellent G-Prod. Titled ‘D-Light’  the track is built on pulsating percussion and a tidy groove with a hypnotic melody at its centre that’s slowly surrounded by ambient waves of synth that envelop in the most delicate of manner. Check it out below and grab a copy of RSRV01 here.