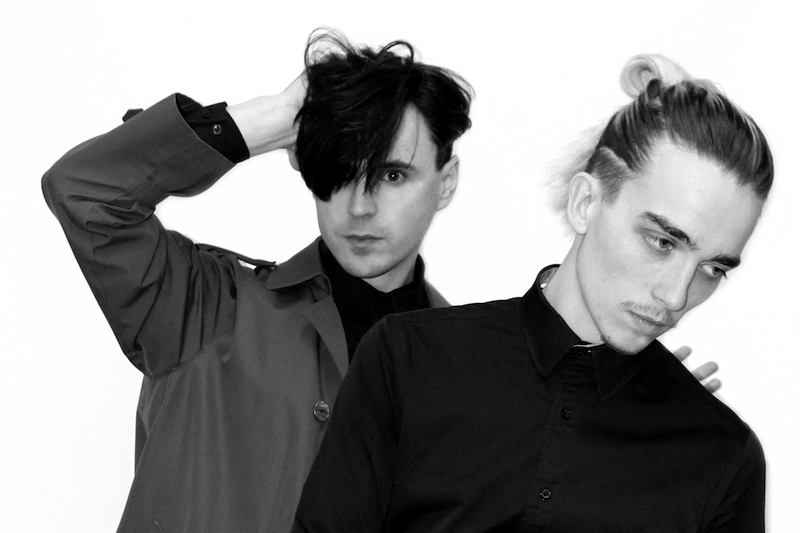 When Holodeck Records announced they would be reissuing Surlendemains Acides, the 2013 second album from Montreal artist Xavier Paradis’s avant-garde electronic synth pop project Automelodi on vinyl, there was much hope among fans that it might also coincide with new material. That hope proved not to be misplaced and it comes in the form of the percussive heavy and eminently danceable new single ‘Toujours de Jamais’. Now a duo with Dillon Steele on guitar and other electronics, the track will be on their new full length due out on Holodeck later this year.

If anything could top that it would be the news that it will arrive as a part the first ever Holodeck Records compilation LP. Boasting no less than 30 tracks from 30 artists (a perfect number btw), the label’s 50th release highlights just how much it has extended out from its tight roots in Austin and how vital it has become to independent and experimental music since its inception in 2012. In addition to Automelodi, Deb Demure’s Drab Majesty and techno experimentalist Bill Converse also make appearances. The compilation also features label luminaries Troller, VVV and Dylan Cameron as well as a solo outings from fellow label founders and S U R V I V E members Kyle Dixon and Michael Stein whose work on the Stranger Things soundtrack helped enable Holodeck to give more like minded artists a home. It also features work from Samantha Glass, Flatliner, Sungod, Michael C. Sharp, Future Museums, LACHANE and Curved Light as well as tracks from new signees Single Lash, Dallas Acid and Dust Witch. There are also three first release tracks for Virgin Pool, Joey and Windows1995. Apologies to those not mentioned – track list is below.

Listen to the new Automelodi track and pre-order the amazing compilation digitally here. It’s out this Friday.

From the forthcoming compilation, ‘Holodeck Vision One’, Holodeck Records. Out March 9.