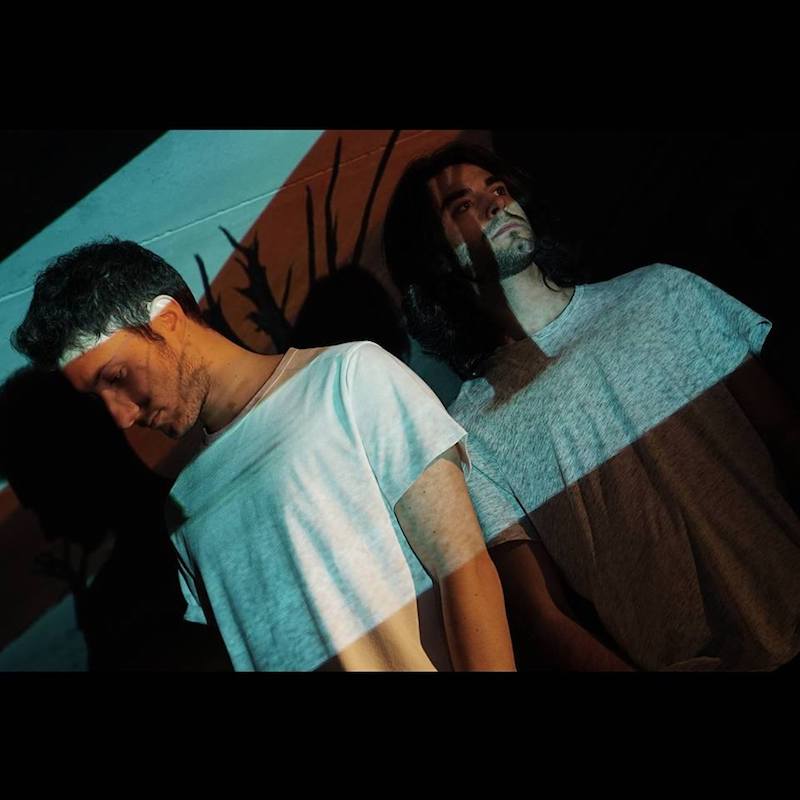 Back in late January Milan ambient techno duo Davide Perrone and Gabriele Giuggioli aka Primal Code, dropped an eloquent and immediate four track EP which served as the eighth release from the fine Dutch label Konstrukt*. Having devoured the exceptional Konstrukt 007 by fellow Italian producer Serena Butler which came too late last year to share here, there was a steely resolve to ensure my eyes would be firmly on the Konstrukt ball in 2018. However, given its now April and almost three months since its release, you’d have to judge that intention a miserable failure.

Konstrukt 008 is Primal Code’s second release and follows up Ēteru, their impressive debut last year for Swedish label Hypnus . Despite its earthy subject matter, it’s sound conjures up visions of the farthest star and illuminates the deepest sea. It’s a sublime but cautionary mix of rhythmic ambient techno where every element and every detail has been carefully proscribed and judiciously applied. This serves to highlight the ever shifting moods and the duality present in each of the four tracks which pay more than just simple respect to Konstrukt’s life affirming, nature centred ethos and deep aquatic vibe.

With each track named after a genus of plant, it’s almost as if the duo want to shine a sonic light on the never-ending beauty of the natural world but at the same time send a word of caution as to its precarious environmental state brought on by humanity’s almost complete disconnection from nature. A situation that has us and millions of other species standing on the precipice.

Opening track ‘Artemesia’ brings an immediate energy to proceedings with a relentless beat that is offset by calming synth and low hanging acid grooves. There’s also an urgency present in the pummelling yet touch sensitive rhythms that form the backbone of second track ‘Allysum’. Side two begins with ‘Acaulis’**, its eerie yet strangely safe melody duly reflective as busy percussion builds around it. But the closing track ‘Alpine Violet’** is the standout. As mystical sounds swirl about, a precision kick slowly enters proceedings accompanied by an elongated bass note pulsing away on every fourth beat. A descending synth chord progression, the track’s undoubted hook, then begins its gentle chime. With its timing slightly out with the beat, the sudden inversion allows it to weave in and out of its groove to hypnotic effect.

Primal Code’s Konstrukt 008 EP is a significant addition to a small but steadily growing and ultra impressive catalogue and is available at the Amsterdam based label’s Bandcamp page digitally and on vinyl here. Sample it by streaming it below. Outstanding work in all respects.

*Konstrukt is an Amsterdam based techno label set up in 2015 by DJ/Producers Hans Frissen (Doka) and Loy Bastiaens (SHLTR).

**This review has been amended. ‘Alpine Violet’ was initially referred to ‘Acaulis’ and vice versa. This was due to the oversight of an error in the playing order of the EP on Spotify.