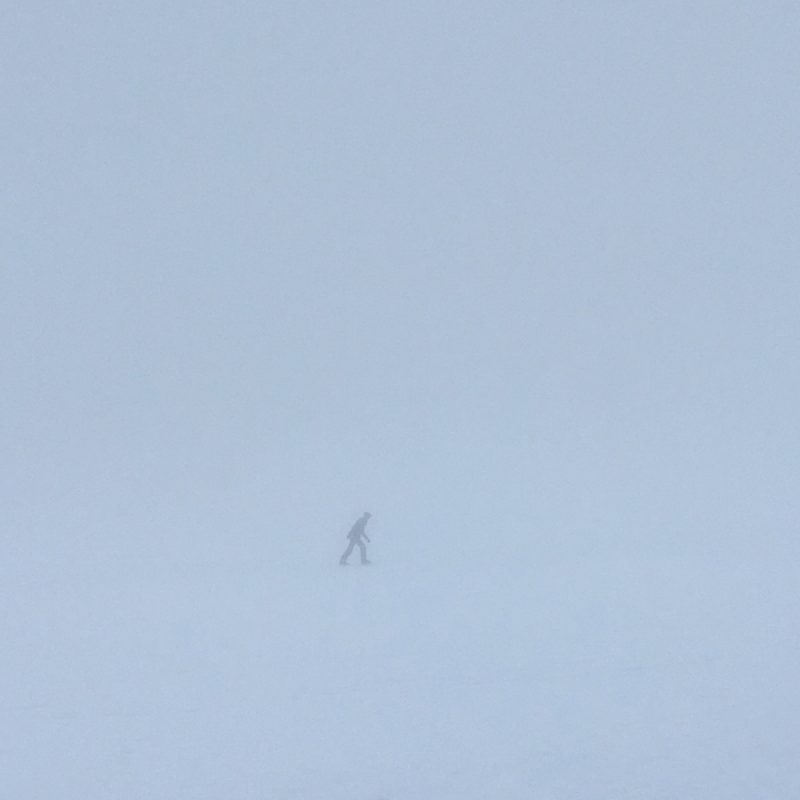 Left field Munich techno producer Bryan Müller aka Skee Mask, recently unveiled his deeply outstanding new album Compro on Munich’s Ilian Tape. After the rhythmic and vocal intensity of and the kaleidoscopic exhibits found on last year’s EP’s ‘ISS002’ and ‘2012’ respectively, the Bavarian continues to not only explore the inner and outer dimensions of new elemental and intersectional possibilities but also make from them breathtakingly salient musical documents such as this. It makes the prolific and hard working Müller arguably one of the best genre integrationists and most indispensable exponents of boundary pushing experimental techno going around. On Compro he’s slighty scaled down and varied the pace associated with his signature breakbeat driven approach and made these structures just one important component of his compositional and aural landscape rather than its pivot or centrepiece. Müller’s affecting employment of ambient and atmospheric textures goes deep which suggests a substantive level of personal circumspection and channeling of more inner emotion were at work during its writing period. There’s more of both here than on anything he’s put to record before.

These ambient textures are put to gentle work immediately on minimalist opener ‘Cerroverb’ that is so subtle at times that it seems to disappear below the sonic horizon momentarily before suddenly reappearing. These subtle textures can be also be found plumbing similar depths albeit in different ways and at a very different speed on the busy Side C middle track, ‘Vli’. The change up in rhythmic approach is first most notable in the looped elasticity of the semi hip hop inspired ‘Rev8617′ and is a salient lead into the trio of tracks that form undoubtedly the most easily accessible section of the album.  The emotion generated from melody and the revolving atmospherics constructed around it is palpably affecting. And interestingly where the melodies are deepest is where you unexpectedly find the most generous use of breakbeat across consecutive tracks on the album. But its use in and of itself is overshadowed by Müller’s adroit emphasis on the utilisation of volume as a hypnotic tool. The penetrative pad motifs employed serve the same purpose.  On ’50 Euro To Break Boost’ he floats a glowing and slightly distorted melodic chime across an instantly attractive over-emphasis on the kick and then allows it to linger in the ether of its own accord. ‘Via Sub Mids’ is a thrillingly layered adventure with its quietly triumphant synths eventually riding effortlessly alongside the strange laid back feel of what should be a frantic rhythm. A similar frenetic pace is repeated on jungle inspired ‘Soundboy Ext’ but this time the ominous drum ‘n’ bass like hold on the kick and the eerie circular shaped synths serve to heighten the tension not relax it.

The second half of the record starts hard with ‘Dial 724’s’ instantaneous combination of lingering acid bass lines and sharp crisp beats serving up most club ready track of the dozen. The beat structure of ‘Flyby Vfr’ as insistently broken and glitch laden as it is, actually gives the its unyielding characteristic which serves not to conterpoint but to complement washed and rinsed pads  beat and machine like feel of the glitch laden angst of ‘ The guarded speed and blissful ambience of the aforementioned ‘Vli’ nestled between them is indicative of an inspired decision on running order. It forms the perfect interlude as its gentle throbs slowly gain prominence from their inconspicuous beginnings ushering the track towards sublime serenity. Melodic funked up electro is the order of the day on ‘Muk FM’ another track that changes things up while still providing an ample of connective sonic tissue to stitch what follows to its immediate antecedent especially if listening digitally from start to finish. What does follow is the futuristic jungle of ‘Kozmic Flush’ resting on a cascading two chord rush and a chopped up beat characterised by its intense hyperactivity. It serves to be the album’s last flourish as its humanistic free form jazz inspired closer returns to the volume and effects influenced beat transformations found on the album’s B side.

Because of its seamless nature, Compro earns the rare distinction of being an album that actually attains its cohesive qualities from its diversity it employs. And as such it will further build on the kudos and respect Skee Mask instantaneously and anonymously received after releasing his 2014 debut long player Shred. This was further built on by subsequent EP’s but also stems from his work under his original moniker SCNST that is still active and under which he released a full album just two weeks before this one. Indeed, and this goes for his SCNST moniker tooout of Müller’s encyclopedic knowledge of an array of different electronic forms, styles and genres comes an innate understanding to not only find where they intersect and overlap but the unique ability to create new connections between them. His compositional gifts, part natural, part graft are what enables an electronic music artist to take an album from good to great. It also enables those outside a particular genre loop to tunnel down into new directions in electronic music and  recalcitrant individuals like myself with look again again and more favourably upon genres hitherto ignored. And this renders what he s doing in electronic music with Skee Mask and his other projecyt  vital for these musical times.

Compro is out now on Ilian Tape and digitally available from the label here. The 2×12″ vinyl is sold out. You may still be able to get a copy from other retailers. Listen to lead single ’50 Euro’s To Break Boost’ and ‘Via Sub Mids’ below.

From the album, ‘Compro’, Ilian Tape.

From the album, ‘Compro’, Ilian Tape.