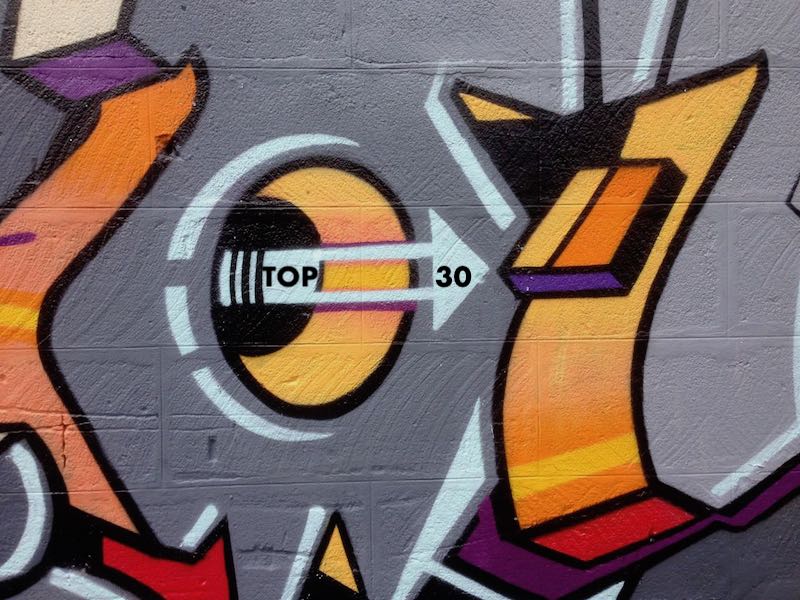 FRED THOMAS TO NO. 1 & ANOTHER DOZEN NEW ENTRIES.

THE TOP FIVE: ‘House Show, Late December’ by Fred Thomas from his recent Indie30 listed AOTW Aftering takes the to the No.1 position this week. Part withering broadside at the small-mindedness of an anxious yet almost resigned to their fate small-town and middle America and part self-critique of the many demons that have bedevilled his years of struggle as a talented but much misunderstood “middling” artist eking out a living as an aware human being among largely the unaware. It’s an intense eight minute monologue of thoughts and observations on well founded frustrations at injustice and inequality set to a poignant almost post rock musical backdrop. It’s “number one” position is well deserved gong for a horribly underrated artist. After all. Art is not pretty paintings on the walls of the monetarily rich. Art is struggle.

The intensely self aware and heartbreakingly beautiful ‘Deliver’, a plea for unconditional reconciliation from Hélène Delorme aka FOXTROTT, is at No. 2. while at No. 3 is Nicolas Nadeau’s Single Lash with the abrasively harsh but wonderously lush ‘Frozen Honey’. The Austin shoegaze ensemble have just released the follow up and final single ‘Broken Tongue’ complete with video in the lead up to the release of their superb new album Providence out October 26 on Holodeck. Videos for both are below. At No. 4 up from 5 is ‘Heat 1’ another sublime exhibit from Shinichi Atobe‘s latest album and House masterclass of the same name. At No. 5 is English band Toy with ‘Energy’, the powerful motorik inspired flip side from their new double A sided single.

NEW ENTRIES: This week is one where we engage in some sonic self flagellation and then pick ourselves up, dust ourselves off, swallow our pride and include some tracks in the 30 that aren’t quite new and should of been mainstays weeks ago. We’ve been Johnny Come Lately’s in so many ways recently but when you are few and bitten off more than you can chew across the genres we trade in we’re going to miss things – a lot and often. That said, we’re going to find a lot of stuff from unexpected quarters too. Not too many blogs feature techno, pop and folk in the one list or chart or even on their whole site so we’re proud of the fact we do.

Having said that, apologies for missing the following ‘new’ entries. The highest placed of the missed is ‘Take A Stand’ from Berlin electronic music legend Ellen Alllien at 11, ‘La Marcheuse’ from Héloïse Letissier aka Christine And The Queens debuts at 18, the fucking hilariously cutting ‘Sports’ from Stockholm’s Viagra Boys is at 19, ‘Fall Asleep’ from London’s Big Joanie is at 26 and Straight Lines’ from Melbourne’s The Shifters is at 29.

The other new entries include the powerful bass heavy House number ‘How Beautiful You Are’ from Demuir at 20, the superb electronica of ‘Discogedanken’ by Klaus Johann Große at 22, Forest New West at 24 with the Berghain influenced ‘Wait’, the addictive punk driven pop of ‘The Celebration’ from Los Angeles quintet Film School at 26 and the post punk/ like shoegaze fuzz of ‘Interiors’ by Peel Dream Magazine at 28.

Tow bands we posted about this week also enter. Kikagaku Moyo with ‘Fluffy Kosmisch’ (17) and Some Sprouts, ‘She Longs For You’ (27).

Endless White‘s excellent ‘Hit By Me’  has been demoted to 30 and is first cab of the rank in our Countdown chart for the express purpose of hopefully highlighting to western audiences just how good this Chinese shoegaze and dream pop band are. The Chinese lyrics and velvety voice of are just superb!

Video clips for the tracks by Christine & The Queens, Viagra Boys, Klaus Johann Große, Big Joanie and The Shifters are also below.

Christine And The Queens (FRA)

From the album, ‘Chris’, Because Music.

From the forthcoming album, ‘Du bist so symmetrisch’, Trouble In Mind.

From the album, ‘Have A Cunning Plan’, Trouble In Mind.