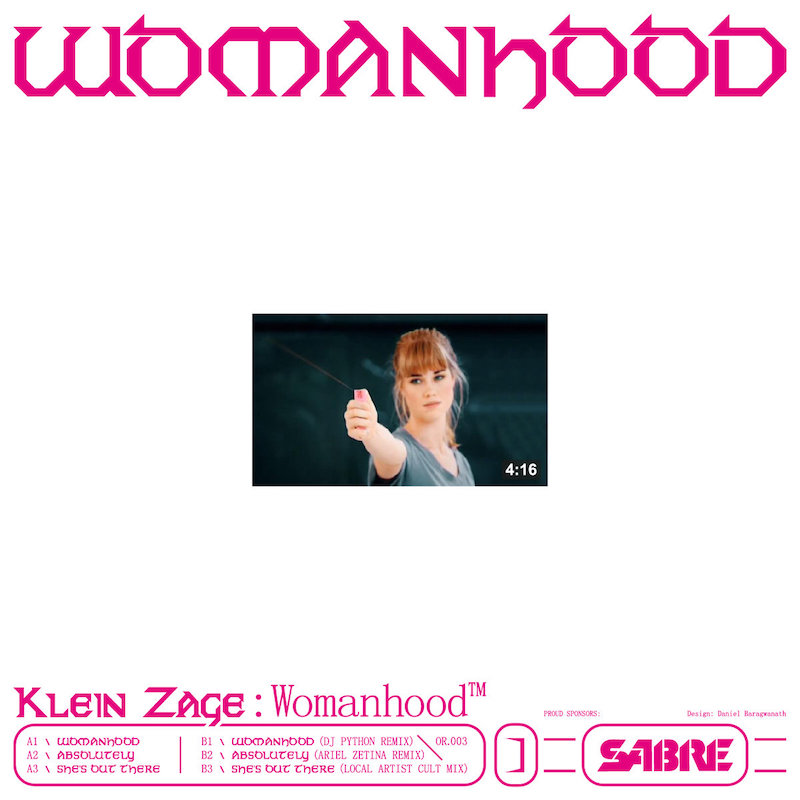 My womanhood, what a joy it brings…

The title track immediately establishes the tone as it delivers a complex broadside at the psychological and physical burdens brought on by menstruation, alternating between defiance and acceptance  It’s authoritative and matter of fact style along with its dreamy disposition definitely brings to mind Jenny Hval’s work on her last full length Blood Bitch. Buoyant and glassy left field tech-house adds both to the track’s constancy and inescapable duality of feeling. Kage herself calls it “a nihilistic declaration of womanhood.”

The funky, enveloping yet rather lithe garage and 2-step feel of ‘Absolutely’ cleverly celebrates the immense power of the female orgasm and Zage herself has labelled it “A sure but sly advocacy for female orgasm”. The final original is the the nocturnal liquidity of ‘She’s Out There’, with its cutesy vocal echo is an intensely cerebral and satirical attack on the the patriarchal system that drives monopoly corporate capitalism. A capitalism where cynical marketing devices targeted at forever instilling division, fear and a healthy dose of self-loathing in women as a natural matter of course is firmly and rightly in the firing line. A system that seeks to keep women divided through by focusing their attention on the cosmetic, the frivolous and the insubstantial. All for the tandem pursuit of unbridled investment and capital accumulation to further shore up and serve the destructive nature of elite male power.

Listen to the title track below. Out through Redman’s own Orphan Records, buy a digital copy of the eminently danceable and wonderfully feminist EP here. Unsurprisingly, with this quality on offer the vinyl is sold out.

From the EP, ‘Womanhood’, Orphan Records.