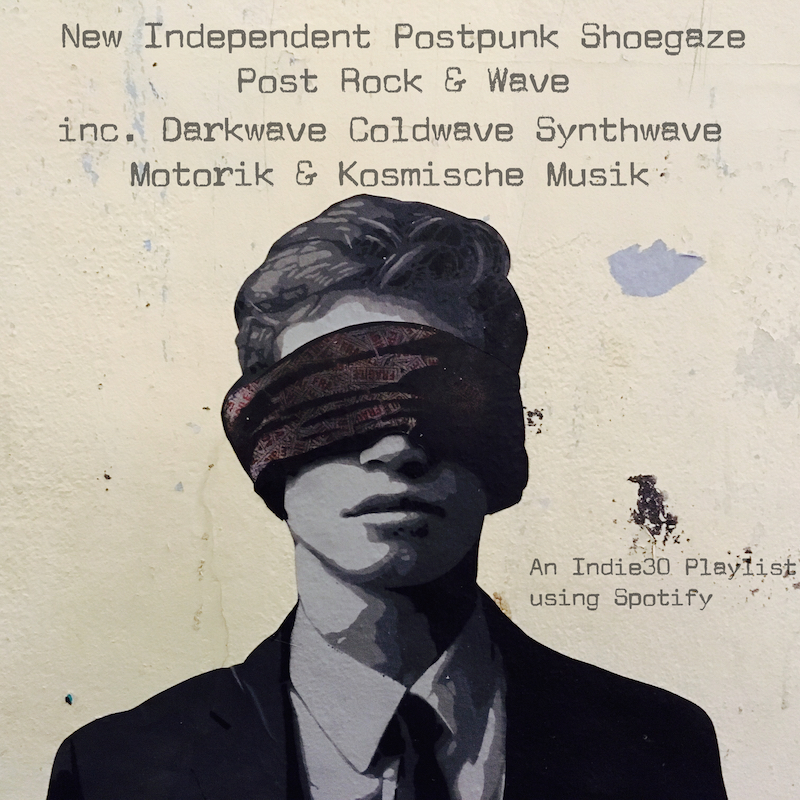 The Post Rock genre has been sadly neglected where this playlist is concerned and over the last few days we’ve made a concerted effort to try and rectify that. That begins with the stylistically diffuse ‘Lifelooper®’ by Paris outfit Lost In Kiev whose new album Persona will appear April 26 on Pelagic Records. Kælen Mikla member Sólveig Matthildur‘s sparsely dramatic new cold wave driven single is called ‘Utopian Boy’ and will join ‘Dystopian Boy’ in appearing on her forthcoming long player Constantly In Love for Artofact Records on April 19. Baseball Gregg is the moniker of Stockton based Italian artist Luca Lovisetto. His fast paced dream pop based new single is called ‘Young’. The manic ‘Club Nites’ is by Vancouver outfit Dumb and is opening and title track from their record out June 19. Prolific American artist Ty Segall returns with yet another album called Deforming Lobes, this time for Drag City. The snarlingly irreverent ‘Squealer’ is from it.

More post rock in the form of the sprawling and new single ‘Human Touch’ by Copenhagen outfit Town Portal off their new album Of Violence out Friday. The casually frenetic ‘Baby Punk’ is the new single from Vacation Forever the musical project of Swedish artist Zacharias Zachrisson. St. Louis outfit Shady Bug‘s album Lemon Lime is out and the muscular and mathematical ‘Lost My Head’ is from that. The cascading and heavy ‘Power Abuse’ is the new single from Los Angeles band All Your Sisters off their new album Trust Ruins out April 12. Umea’s Spice Boys recently called it a day after just three years and as part of their swansong, the no holds barred ‘Concentrate’ comes from their last record Speed 2 out now on PNKSLM Recordings.

Two more post rock numbers are next up. Sydney’s SEIMS are first with the circumspect and emotionally delivered folk based melodies of ‘Translucence’ from their new album 3.1 while Borås, Sweden duo Adam Tornblad and Oscar Gullbrandsen aka U137 follow with the glistening reverb of ‘El Dorado’ from their new album Chapter Two. A band and an album we unfortunately had no idea of but have fallen in love with came out in late February. Barcelona based synthwave duo Patrycja Proniewska and Louis Harding aka Fatamorgana brought out the sublime Terra Alta in late February. The motorik rhythms and Proniewska’s silky distant vocals are reminiscent of Jessika Neuman of Finnish band Burning Hearts and stand out sublimely on single ‘La Atlantida’. We covered Venice artist Steve Murphy‘s new record Mira Electronics at the start of the week and the shout out stomper ‘Digital Fix Today’ is from that. The Pocket Gods then back that with the perfectly telling single ‘When The World Gets Warmer We All Get A Little Bit Colder’.

Swedes Agent Blå are back with a dreamy new single ‘Child’s Play off their forthcoming album Morning Thoughts out May 10. Cincinnati outfit Leggy‘s new single ‘Taffy’ is an off beat piece of lo-fi punk. More nostalgically introspective and rhythmically hypnotic post rock from Birmingham, Alabama’s Startle The Heavens with ‘Our Fleeting Youth from their deep and substantive album Moving Gently Towards An Ending backed by another American outfit Minor Movements from Kearney/Lincoln, Nebraska with the measured squall of ‘Hamatreya’ from their new album Bloom. Pennsylvania’s Heron complete a post rock trifecta with their atmospherically driven slow burner ‘Splashdown’ from their upcoming new record.

Toronto post punk outfit Deliluh‘s angular spoken word driven new single is called ‘Freeloader Feast’. Melbourne’s Big Supermarket will re-release last years impressive debut album 1800 through Tough Love Records on May 3. The soft distorted clang and casual punk drawl of the superb ‘Laura C.’ is from that. London’s young mathematical genius’s black midi have released their first recorded material ‘Crow’s Perch’ and arrangement wise as expected, it takes no fucking prisoners whatsover. The upbeat and rhythmically complex ‘Path’ is from Oakland’s Club Night. Their debut album What Life is out next week. The acerbic and smart ‘So Sick’ is from Brooklyn trio THICK and is taken from their self titled debut record ‘Vile Bodies’ with its fascinating vocal duality comes from fellow Brooklynites Patio.

The thrilling ‘Get Ready To Go’ is from UK no wave and punk outfit Freak Genes led by Andrew Anderson and Charlie Murphy off their new record III. The dark synth hues of the dreamy ‘Euphoria’ comes from the solo project of Australian Tom Crandles, aka Prudence. MADMADMAD, the London-via-France dance-punk-funk trio will release their self titled debut album on May 22 and the motorik brilliance of the unfortunately named ‘Kraut’ is the penultimate track. UK motorik dreamers Wasuremono close us out perfectly with the stargazing ‘Are You Ok’ from their album of the same name out June 14.

Access the playlist below or if you prefer to use the Spotify web player go here. And remember every track removed from this 30 track playlist can be found with 208 other in our Tracks of 2019 Series: Postpunk Wave Shoegaze & Post Rock Playlist here.