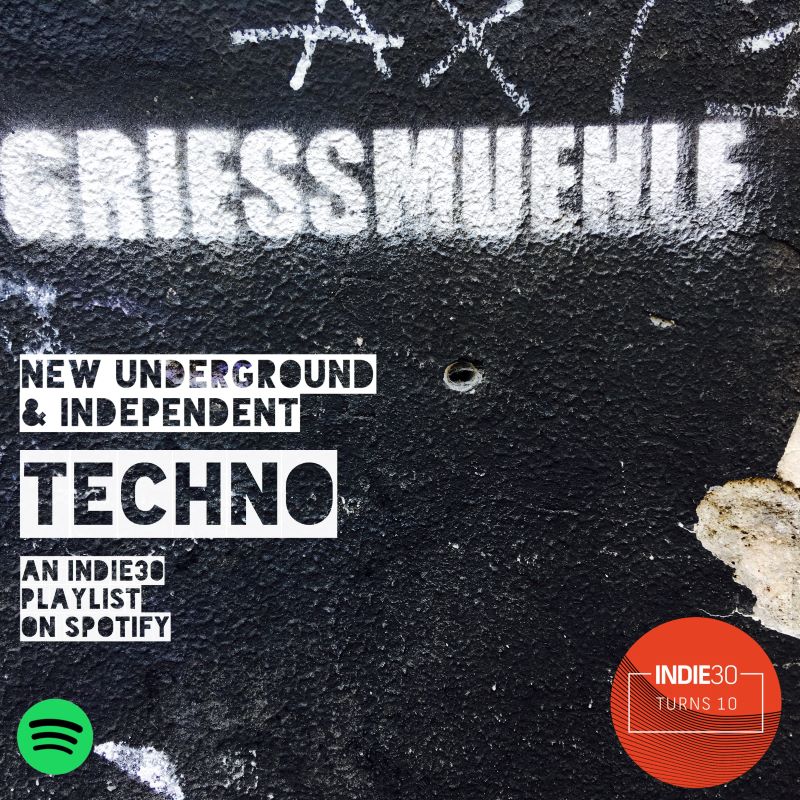 The current edition of our New Underground & Independent Techno Playlist on Spotify gets off a blistering start with the ripping ‘Scheme’ from Madrid DJ/Producer Roll Dann off his new Dark Horses EP for Modularz. The minimal yet space inducing ‘Absence’ then comes from Parisian equivalent Cøncenträte for Gynoid before Karenn, the project of English hardware duo Arthur Cayzer (Pariah) & Jamie Roberts (Blawan) enters the fray with the spiralling ‘Rek, the opening track off their new five track EP Kind Of Green for Voam. The penetrative 90s inspired ‘Das Shattenreich’ is next from Berlin based producer Klangkuenstler before French left field producer and fellow Berlin resident La Fraicheur delivers the hard hitting precision of ‘Weltschmerz’, the title track from her ever inventive new EP out on InFiné.

Chaos Come To Conquer is the superb new EP from another Berlin transplant UK Producer Dax J and the relentless ‘Speedball’ from it follows. Polish producer Karol Mozgawa aka Deas also released his new five track EP this week for Second State and the fascinating ‘Mannequin’ with its clatteringly neat percussion and spaced out second half sits with authority in its middle. Things then take a left turn rhythm wise with three off beat dominant tracks to round out the first 10 tracks of the 30. First up Headless Horseman with the commanding presence of ‘Gallantly Mounted’, a cut from the mysterious German producer’s new self released EP 008. He’s followed by the eerie liquid ejecting minimalism of ‘Annapurna Ritual’ by Italian producer Marc Bagni’s dark experimentalist project Plants Army Revolver. It’s from his new unearthly EP on Avian, Yguana. Seattle producer Taylor Hawkins aka Flora FM then rounds out the first ten tracks of this update by ramping things back up with insistent bustle of ‘Inc Stop’ off his excellent five tracker for Chaos Light for Kalahari Oyster Cult.

Access and follow the playlist below or go to Spotify’s web player here. This New Underground & Independent Techno Playlist is limited to 30 tracks and regularly updated. All tracks replaced during 2019, and there are currently 312 of them, can be found in our Track of 2019 Series: Techno playlist below the new or here.