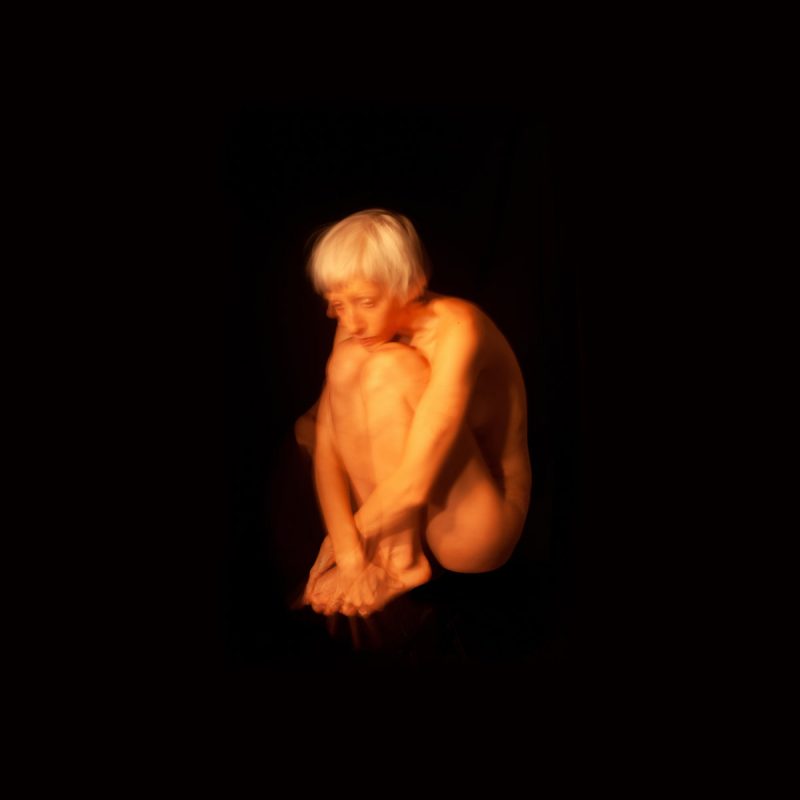 Last month saw Brooklyn based electronic artist Erin Louise Hoagg aka Rare DM, release her debut album Vanta Black. Thematically, it’s a deeply personal, open and honest exploration of the thoughts behind the self-examination Hoagg conducted in the wake of severed relationship where her love was given but never returned. The intellectual and emotional complexities and sensibilities are mirrored musically by the canny diversions she conjures up with composition and structure as well as the shifting variation in sound and texture. Its rhythms are as rich in method as they are movement and the production is impressively attentive and detailed. Genre and style wise, it combines a hauntingly surreal darkwave underbelly with a sparkling array of synthpop, electro and ambient inspired melodies which can be simultaneously downcast and melancholy, upbeat and intoxicating. The conflicting mood serves to both represent and confront lyrical themes of loss and betrayal, inadequacy and vulnerability, anger and frustration, pensive sadness and resignation with a certain resolve that speaks to the resilience and hope needed to make recovery, growth and renewal possible.

The smoldering ruins of that relationship would end up necessarily providing Hoagg with both the inspiration for and painful backdrop to what would become the core of Vanta Black. Seeking both expression, escape and closure, she sought to deal with and recover from the inevitable hurt and loss that results when love is sadly unrequited and to figure out and come to terms with what drives her self admitted attraction to lovers emotionally absent in relationships. In the sessions after the break up she ended up penning and producing a plethora of tracks where no aspect of self examination was off limits nor emotion buried. Six of those feature here with two of them done lyrically in stream of consciousness fashion. Each are vocalised in a myriad of forms which denote the kaleidoscopic range of feelings and emotions Hoagg was experiencing. An absence and a disconnection is present but so is growth and defiant resilience. As a result, on occasions her sentiments are delivered directly with an immediacy that can be visceral or performed with an icy detachment or expressed gently with wistful desire. This is complemented by a compositional approach where tracks transition in and out of the gloom interchanging with varying gradients of darkness and light.

It is Hoagg’s lateral and holistic approach together with her determination to be authentic that gives the album the cohesive intimacy needed to that bind all its elements together. Those new six begin with punchy unease of instrumental opener ‘Panam’ which gives way to an attempt to deliver a determined note to self via the defiant and  instructive ‘Softboy’. The deceptive glitter that characterises the eminently danceable ‘Jade‘, then enters proceedings. The deliberative matter of fact vocal arrangement slowly unfurls the effect of each emotional blow as appropriate off kilter washes of dark synth and twinkling arpeggio denotes the claustrophobic sense of confusion on the long road to catharsis and clarity. The dual paced ‘Best‘ with its washed out synths and scattered beat delivers something between circumspection and urgency while the endearing ‘Wholeheart‘, with its plaintive lyrics, glassy feel and restraint at the heart of its pummelling beat is a self-educative exercise in absolution and offers the opportunity reckon postively with the future. Completing the six is the reflective electronic pop of ‘Spell Cast‘. Surface wise it seems to be least representative of the duality present but the fact you need not delve particularly deep to discover its beguiling character suggests otherwise.

The remainder of the tracks were first written and recorded a few years back and were re-recorded for this album which makes the aforementioned evenness and cohesion all the more remarkable. Despite the time differences, each focuses on similar themes and patterns that emerged in her thinking during and in the aftermath of the breakdown of another relationship Hoagg was involved in. Three directly recall the constant vigilance and fear she had and felt for a former partner with a heroin problem. The downcast melodic chimes and compact beat of ‘Think Quiet‘ suggest a feeling of trepidation while true to its name closer ‘Night Watch’ literally has Hoagg recalling getting home late and just being relieved her troubled significant other was still alive. ‘Caracal’, with its layered disposition could almost be precast as a sonic metaphor for Hoagg’s dual quest for attention in and escape from the relationship. That potential escape is celebrated with glowing swirls of synth and slightly treated guitar chords which soften the mood generated by the track’s weighty low end and hard hitting rhythm. It makes it arguably the most readily identifiable example of album’s juxtaposed nature. ‘Almost A Year‘, which was released as a single in 2017 strikes an ominous vocal tone, the music itself almost suspended with fear while The off-pitch driven disorientation of ‘Darkeyes‘ serves as the album’s unsettling centrepoint seemingly replicating Hoagg’s self doubt and her distorted assessment of self worth.

Notwithstanding its undoubted thematic consistency, Hoagg’s careful use of tone and texture to represent the subtle complexities of human emotions she lays bare is one of Vanta Black’s many strengths.  It is demonstrative of an electronic artist and producer who is able to appropriately combine nuance and situate it inside the cohesive framework the long player form demands. That the scope and diversity largely exist simultaneously within the tracks themselves rather than between them is all the more impressive when you consider the different creative time frames involved. Dense in ideas and full of idiosyncratic left turns, Hoagg’s precise application of them is in part indicative of her acute awareness of the need to provide each track with the space necessary to breathe. That she never wavers from her modus operandi that composition and track must be always served by its elements renders Vanta Black as thrilling in its accessibility and it is in its complexity.

Vanta Black is self released and can be streamed via Soundcloud and Spotify below. The videos for ‘Caracal’ and ‘Softboy’ are there too. Buy a digital copy here.