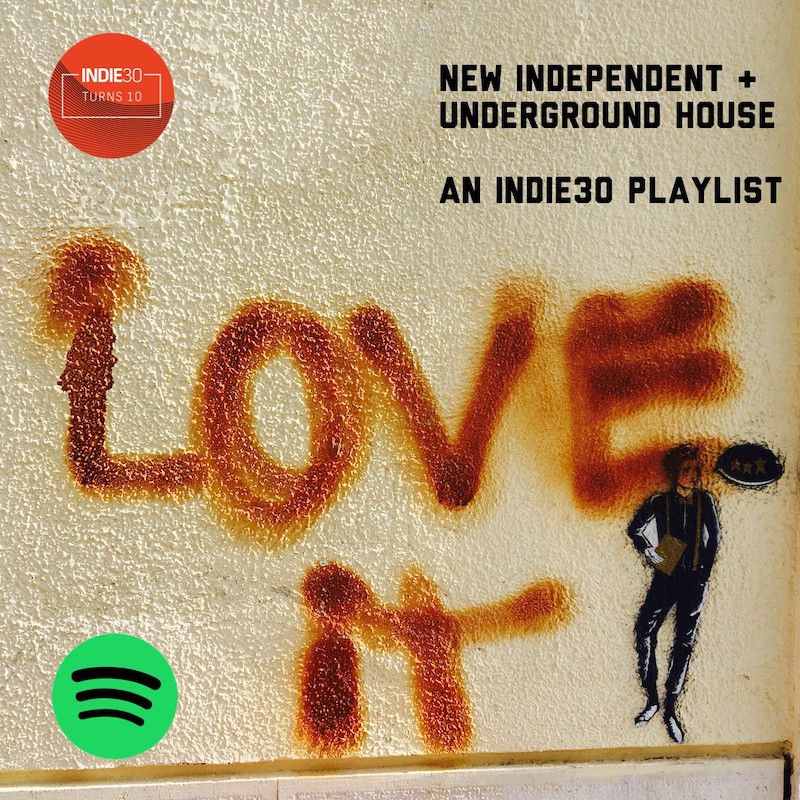 It’s been a huge week for House music releases on streaming services, so much so we’ve turned over every one of the 30 tracks featured in our New Independent & Underground House Music playlist. You can find every track turned over our Tracks of 2019 Series: House 2019 here. Versatile American producer Damon Garrett Riddick aka Dām Funk, gets proceedings underway with the the amazingly subtle ‘Deeper’ an exercise in combining a deep rolling bass groove with washes of vintage synth sounds and effects. It’s from Riddick’s substantive new EP STFU II on Glydezone. Argentinian producer Sebastian Busto is behind the tense and delicately dramatic deep house of ‘Transparencies’, the title track off his new EP for Magician On Duty. Canadian Tone Depth has released the full non-vocal mix of the  bouyant ‘Free’, which was originally slated by Fryhide’ for a 2018 release alongside its vocal version. The über smooth ‘Iberukan’ is from the collaborative EP of the same name by Australian producer Luka Sambe and Eisenzähn released last week on Nick Warren’s The Soundgarden label. Mexican duo Zombies In Miami‘s thrilling ‘Real De Catorce’ comes from their new Space Is The Place EP on Internasjonal.

The hope tinged ‘Next Generation’ is from the prolific and talented Vienna based UK producer and label owner Cassy. Mexican producer Beto Cohen aka Beteko, has again joined forces with his Tunisian equivalent Haze M for the clear eyed and focused ‘Clouds In Pink’ the title track of their new EP for Dantze. Swedish producer Jonas Rathman brings forth sensitively applied deep house with his arresting and measured new single ‘Syren’ for Elements. Left field Norwegian producer Charlotte Bendicks contributes the eclectic bass and rattled beats combo Pasco’ to Uncanny Valley’s new compliation RED. The nicely off kilter ‘Glass Stabs’ is from the new two track EP on Fort Romeau’s Cin Cin from Irish producer New Jackson. The classic house inspired ‘Conflict With Clayton’ comes from the EP Haute Cuisine from Dutch producer Cleanfield through Outplay.

The regularly updated New House playlist is streaming below while the web player link is here. You can also check out our Tracks of 2019 Series: House Playlist where you’ll find every track we’ve featured in our New House Playlist since the beginning of the year. Now boasting a massive 333 tracks and counting, house lovers are bound to find or discover a track or an artist or two that takes their fancy. Access that here.