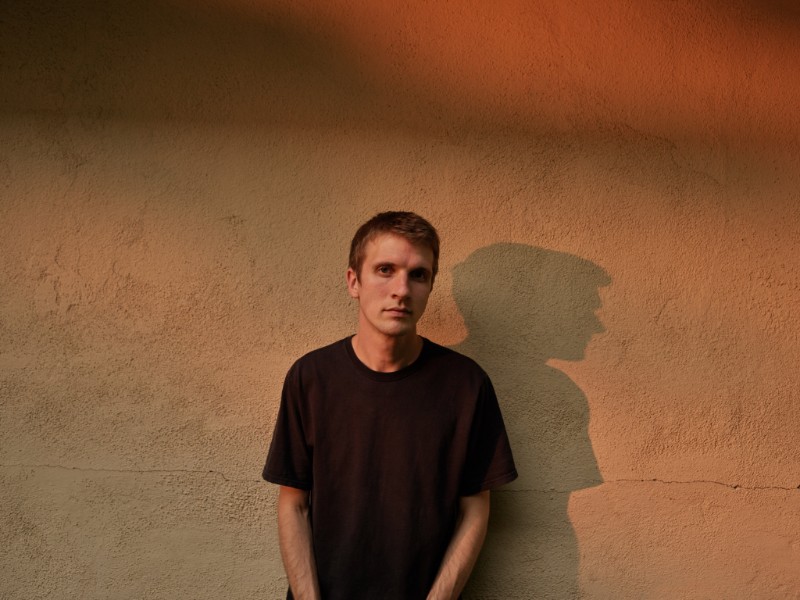 Earlier this week., California based singer songwriter and multi-instrumentalist David Allred shared the idiosyncratically delivered title track to his forthcoming mini album The Cell. The seven track release serves as a companion piece to last year’s The Transition, his fifth full length in four years. It served as the artistic outlet for his holistic reflections on the aftermath of his first few years as a professional artist and musician in Portland. Besides writing and releasing his own material, he would lend his considerable talents to releases from Brigid Mae Power, Heather Woods Broderick, Masayoshi Fujita and Jung Body among others.

Prolific and rewarding as these years were artistically and collaboratively, producing as they did four solo albums and the joint release Find The Ways with Peter Broderick in 2017 which led to a tour of Europe and a contribution to Erased Tapes 10th Anniversary compilation, last year saw the 26 year old back in his home town of Loomis working a regular job to make ends meet. Managing the disappointment of being unable to fulfill his own expectations as an independent artist and simultaneously navigating the difficult road of displacement and change would not only produce The Transition but also provoke a bout of self reflection, self-discovery and a period of profound personal growth.

‘The Cell’, the title track and album opener is directly reflective of that growth, The dark sombre hues that emanate unrelentingly in spartan fashion from rolling piano are reflective of a degree of gloomy melancholy but a subtle uplift of strings and Allred’s unguarded and earnest voice serve to counter it with a sense optimism and hope. The musical elements and convey lyrics that embrace the holistic idea that sadness and disappointment are as much natural constants of the human condition as happiness and fulfillment.

Contrary to trying to hide from and avoid dealing with dark days and dark times, Allred chose to face feeling “like a failure for not “making it” out there” head on by widening his perspective and embracing disappointment as a normal part of life. The time and experience provided him with the outlook necessary in the context of a shallow and unforgiving world to better manage his own expectations, It also left him better equipped to confront and accept the struggle associated with the inevitable uncertainty, emotional complexities and surreal nature of life as an independent artist. Extrapolating this out from the personal to the universal, of ‘The Cell’ Allred stated;

“The Cell is about warmly acknowledging the darkness in our individual lives as a strategic method of gaining a deeper understanding of how to move forward in a vastly dissonant world with optimism, harmony and light.”

Listen to ‘The Cell’ below and pre-order the album here. It’s out on Erased Tapes on June 14.

From the forthcoming mini-album, ‘The Cell’, Erased Tapes. Out June 14.