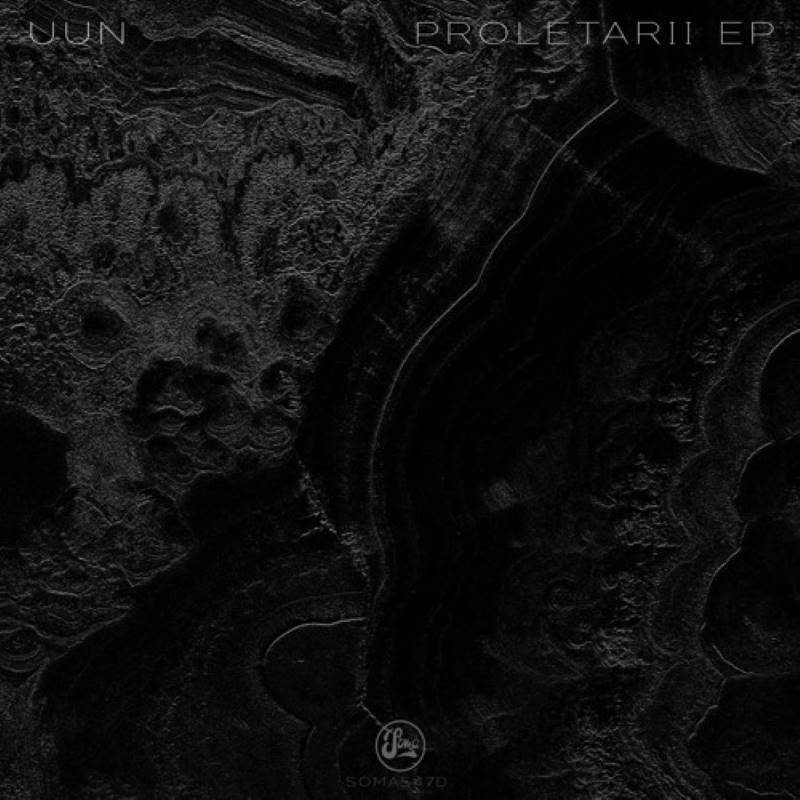 Detroit techno producer Uun has unleashed his punishing new three track EP Proletarii through veteran Glasgow imprint Soma. The cerebral hard hitter follows on from the Hell Is Empty EP last month for Mord and is his fourth release since first blowing us away with his multi-faceted Exhumed Tapes II EP in the middle of last year. Since debuting with the Minus EP in 2013, The Ego Death label owner has developed a consistent ability to highlight his structural subtlety, textural nuance and rhythmic and percussive complexity within a framework that is as insistent and intense as it is restrained and controlled. And despite its booming brutality and breathless dynamic at times, Proletarii demonstrates this in spades.

It opens with the massive reverberating boom and ordered urgency of ‘The Descending Passage’, a track which sees manic coil like textures circle menacingly around an already substantive beat, one that grows ever more earth shattering in its progression and resonant application. Intoxicating percussion arrangements astound in their propensity to change while still retaining a groove compliant consistency.

As much as ‘Cruelty Is Nothing New’ switches things down slightly in terms of pure power, it ramps them up considerably in its application of atmospherics. Its rhythmic focus is situated within a slightly repressed context and its looped triple beat, its signature feature falls in just behind the percussion in timing. The ‘voltage’ applied to vary the potency the dueling acid synth renders them almost spectral figures that loom large before suddenly fading out to wisps of nothing.

The all encompassing hypnotic draw of ‘Give Them Rope’ is realised through rounded synth textures and a more minimal approach to variation and the use of effects. It’s cerebral rather than visceral and here the acid tropes rattle along with a slight hint of restraint and combine with a straight rhythm to develop a locked down arresting groove

Proletarii cuts deep with a power and authority that’s intoxicating in its different applications and demands on the listener. While the drum sounds are positively monumental at times here, as always Uun’s innate application of his techno intellect, eye for compositional detail and insistence on pushing a futuristic barrow with sound, limits its potential to overpower. And that is not an easy thing to achieve.

Listen to the nebulous ‘The Descending Passage’ below.  You’ll also find it occupying pride and place kicking off out New Techno Playlist on Spotify. Proletarii is out now on Soma and is available on all streaming services and digitally here.

From the EP, ‘Proletarii’, Soma.