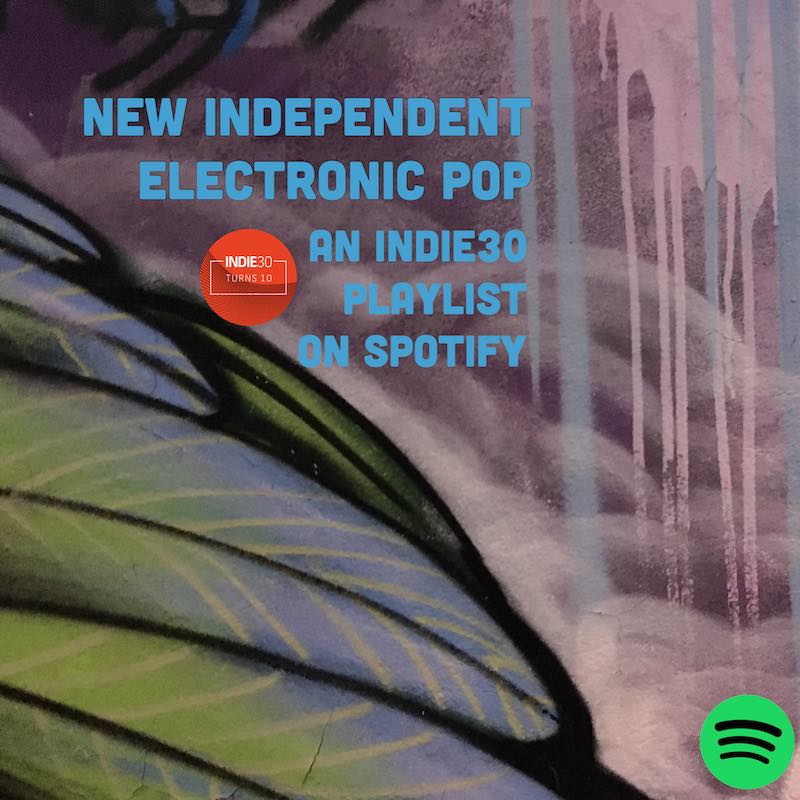 Brand new music has  been added to all our Playlists on Spotify over the past few days. In the Electronic Pop list first up is ‘What A Mess You’ve Gotten Yourselves Into’ by Australian born and Swedish based artist Thomas Savage aka Vilde –  from his forthcoming album Fight On The Podium (Date TBA). ‘I Need You’ from London artist CARTAE features Benjiflow is from her debut EP Minutes. Brooklyn artist Alex Cohen aka Dominic Sen released a new single called- ‘Atalanta’ from her forthcoming album to be released in October. Los Angeles artist Avalon Lurks has a new single out called ‘Papi Chulo’. Eliza Bagg of Pavo Pavo aka Lisel ” has released ‘Digital Light Field’. ‘PYSOL My Castle’ is by Cross Record, who are a Texas-based duo comprising Emily Cross and Dan Duszynski.

New Zealand outfit Purple Pilgrims’s new single ‘Two World’s Apart’ is from their forthcoming album Perfumed Earth. Formerly Portland now Brooklyn based duo Kira Clark and Keith McGraw aka So Sensitive released a new track, ‘What’s A Girl To Do”. Bradford born and now London based artist Vanessa Marie‘s new single is called ‘Sliding Doors” Baseball Gregg with help from Pecas and William Corduroy bring you “The Movies”. J-E-T-S., the project of Jimmy Edgar and Machinedrum dropped their new album Zoospa last week and the track ‘Ocean PPL’. which features vocals from Rochelle Jordan is the latest single from it.

Poison Abbey, the new project from classically trained pianist-turned singer/producer Jess Rogleff and collaborator Thomas Studans released their debut “Upmarket”. Acid Jazz signee Laville just announced his debut album The Wanderer will be released on July 19th. New disco infused single ‘This City’ is out now. Mia van Wyk and Paul Gala aka Hunter As A Horse shared “New Light” from their forthcoming EP Walk With Fire. ‘Sui’ is taken from the new album Diamond Grid from Copenhagen trio IRAH and rounding out the new tracks just added is erstwhile Sydney legend Spod who has a new single out on the Rice Is Nice label called ‘Sexual Fantasy’. It will appear on his forthcoming album Adult Fantasy due July 14.

Access the playlist below and follow to stay updated. Go here for the webplayer. All tracks removed from the New Independent Electronic Pop Playlist end up here, Tracks of 2019 Series: Electronic Pop. That’s below too. Web player for that here.