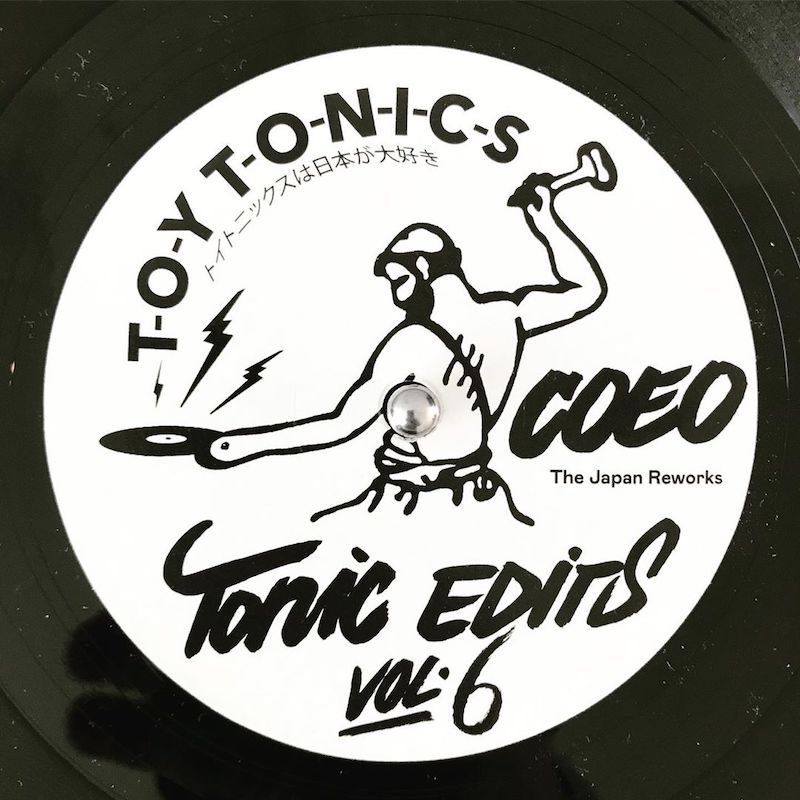 Munich based House duo Florian Vietz & Andreas Höpfl aka Coeo have just released the latest edition of Toy Tonic’s Tonic Edits series. For volume six they chose to explore their passion for city pop, Japan’s unique and urban interpretation of American disco during the late 1970s and early 1980s. Rekindling their love of the genre and surfing the wave of its recent resurgence, Vietz and Höpfl scoured the country high and low for the most rarified examples in the field originally to put in their DJ sets and that naturally extended to reworking a number of them.

The end result is four splendid edits led by the dazzling sped up rework of the disco oriented, ‘Japanese Woman’, a track originally penned in 1980 by independent pop duo of Iwasawa Satsuya and Iwasawa Fuyumi aka Bread & Butter. The insistent warmth, subtle funked up bass lines, super compact guitar and glassy keys would be more than enough to satiate alone but when delivered in such a tempo and topped off by its killer chorus you’ve got city pop gold! The super aware and canny vocal arrangements and the gorgeous harmonies of the original work hand in glove with Coeo’s elevated tempo like hand in glove

In keeping with the Japanese penchant for perfecting and building on influences, city pop also took in many of disco’s diverse and associated offshoots, styles and genres and situated them within an unashamed pop context. ‘Matchbox’ is a shout out to proto house and nascent electro am pronounced beat and slapped bass giving its melodic guitar and synth melodies a somewhat hardened edge. ‘Uber Man’ is a smoother but no less involved affair full of determined vocals, funky guitar, hypnotic synth chords and brass flourishes. ‘Tibetan Dance’ brings things home in celebratory style, and showcases  city pop’s key mixture of western pop and Japanese classic sounding melodies.

Listen to ‘Japanese Woman’ below and grab a digital copy of these stunning adaptations here. The vinyl has already sold out.