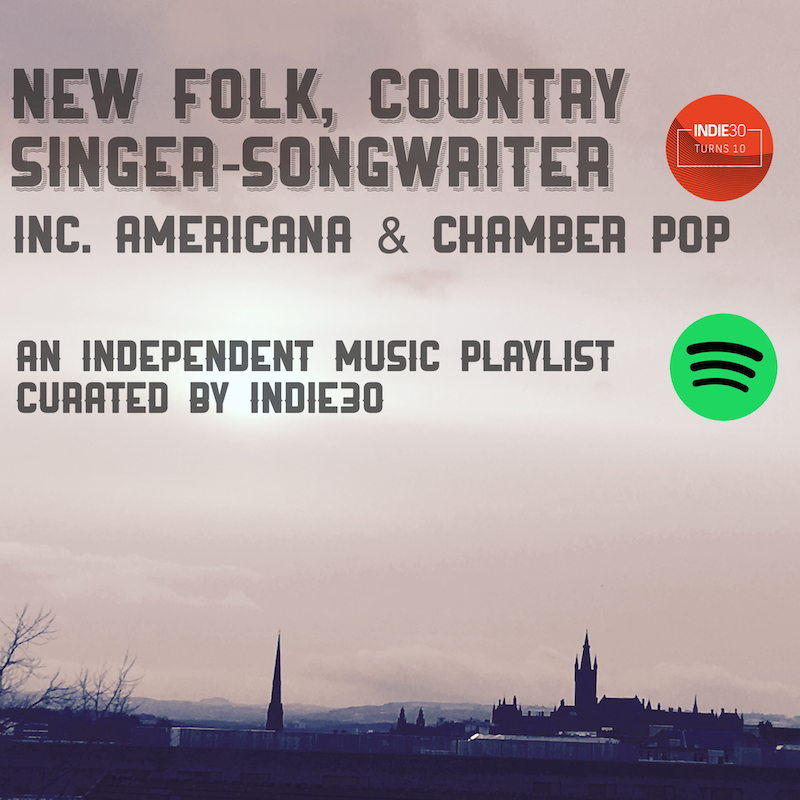 We kick off the update to our slightly renamed New Folk, Country & Singer-Songwriter Spotify Playlist with the sparse and haunting ‘Wolfman’ from Georgian poet and musician Claire Cronin. It’s from her deeply profound new album Big Dread Moon out on Orindal Records. Two Canadian artists, the latter based in Australia folllow. The stirring ‘Less Of A Woman’, is from the brand new album The Maze from Ontario singer-songwriter Ariana Gillis. while the rousing ‘River Mouth’ comes from Byron Bay based British Columbian artist Garrett Kato from his new album out on Friday Distant Land. The catchy yet intensely heartfelt folk pop hybrid ‘Oklahoma Lullaby’ from Heather Maloney rails against the death of old industries and the subsequent unemployment that awaits those who have given their working lives to a cause which has destroyed their environment and never had a long term future. It’s from her new tellingly named album Soil In The Sky out on Signature Sounds. Left field experimental folk Veteran Bill Callahan has dropped his 20 track strong Shepherd in a Sheepskin Vest in full and the excellent ‘Lonesome Valley’ is the third track we’ve shared in this playlist.

Stream and follow the playlist below or on the web here and stay in touch with the latest music developments in these respective musical worlds. This playlist is constantly updatedEvery track removed from the