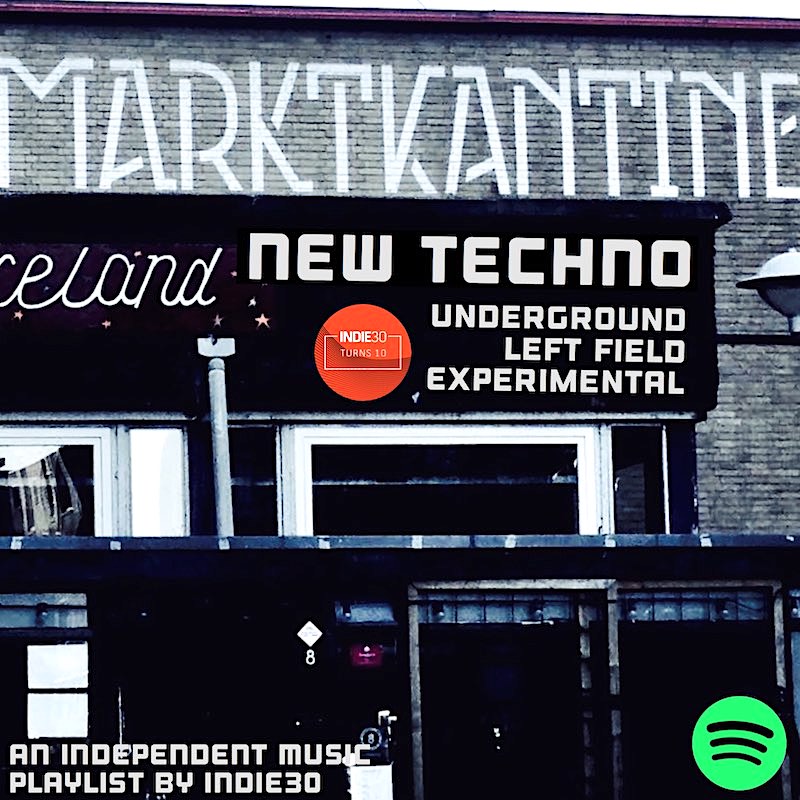 Even though restricted by a well founded artist aversion to corporate streaming platforms or through special deals and exclusives with online retailers, the super prolific techno world still keeps offering up a wide range of exceptional, high quality and boundary pushing independent releases on them to feed our New Techno Playlist on Spotify. From a long list we settled on the addition of these 18 diverse and exceptional examples of why the genre remains as vital as ever.

For vitality and pushing the creative envelope, it’s hard to look past the keenly attuned mind and skilled work of London based American left field techno producer Karen Gwyer (USA). She gets the show on the road with the transfixing hardware driven fluidity of the dual laned ‘Cherries On Shoulders’, from her brand new EP Man On Mountain released yesterday on Don’t Be Afraid.

Other tracks released this week from EP’s and long players include the heavy yet supple head turning title track ‘Ingo’ from the new Planet X released EP by Icelandic producer Arn Snorr aka Exos. The mighty fine drama that is ‘Murder in Birmingham’ from English producer Rebekah (ENG) is from her new EP for Soma. And the take no prisoners affair ‘Dropped’ from Spanish hard technoist Kastil from his new Binding Echoes EP on Stale.

Unsettling samples and spooky atmospherics combine with functional techno on “Z”, a track taken from the self released Czak EP by Kaczmarek, the new no nonsense techno project of English producer Paul Ritch. The superby rhythmic “Fall Apart” emanates from SCKT007, another self released EP from prolific German producer Markus Suckut. The final track from new material released this week is the heightened ‘Secret Weapon’ by Frenchman Moteka, part of his solid new conceptual and narrative driven album As We Fought The Iron Giants on Skrympton.

Other new tracks added today come from American producer Rod Modell with the simmering “Quarra” from his Captagon LP on Tresor. The focused ‘Florina 161’, is an acid trip of the highest quality taken from Russian producer Unbalance‘s  I EP on Overbalance. The superlatively paced and produced ‘Memory Sensation’ is the work of Italian duo Retina.it and is taken from  the Formant/Neuron EP on Nonplus. ‘Majula Sunset’ with its minimal wave like grooves and precise percussion comes courtesy of Ukranian producer Haze from his Aimless EP on Rhythm Büro. That minimal groove filled vibe continues on the splendid ‘Erase’, from Romania’s Eduard Szilagyi and the first ever release from new Italian label Glukkon Records.

The innate and enticing groove on ‘Little Raving People’ comes off London based Polish producer Anii‘s new self released EP ANIITIME001. The arresting and transportative “Purgatorio” can be found on the 10th instalment of West Coast American producer and Modularz Records founder Developer’s Archive series. Berlin’s Non Reversible contributes the powerful “Adakite” from his new EP Destructive Boundaries on Non-Reversible Structures. Madrid producer Irazú’s left field wonder “A Handsome Piece of Deformity’ is the closing track from his self released Suppress Feelings EP. The fully wired ‘Frequencies One’ comes from Australian producer Advanced Human (AUS) and is taken from his Bullet Train EP on Hypnotic Room while completing the set of new tracks added today is the sublime title track “Negative Extasy” by English producer Toma Kami  off his new EP for Livity Sound.

The New Techno playlist is below or if you prefer Spotify on the web go here. All tracks removed end up in the Techno edition of  Tracks Of 2019 Series group of playlists. Now sporting over 500 techno tracks released this year, that is also below and on the net here.

Follow on us at our Spotify profile here to access our other playlists. And if you like the quality techno on offer here want to keep up to date with the latest from its underground make sure you follow both.