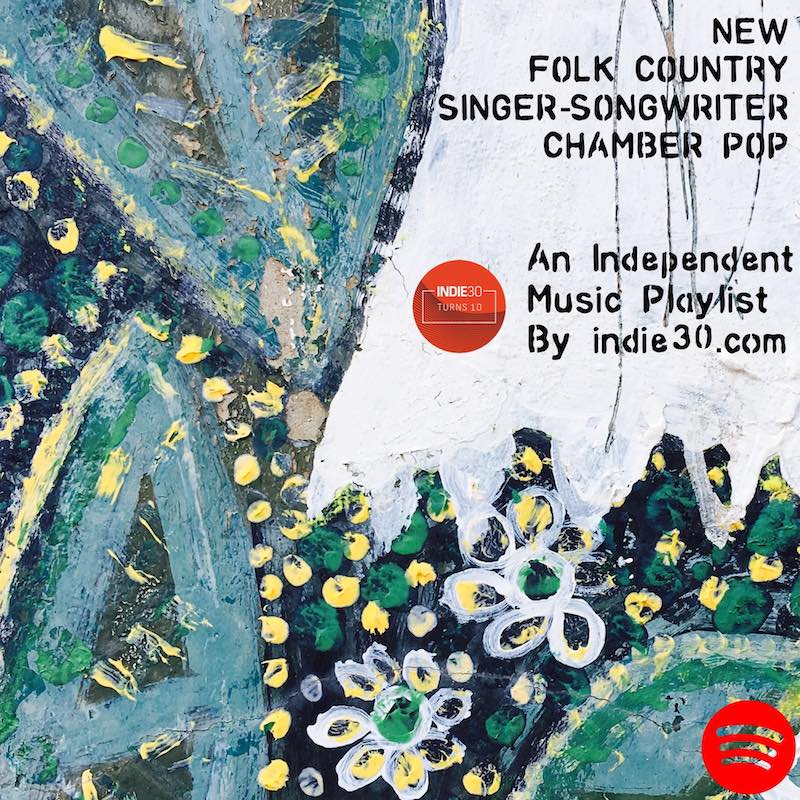 As the Northern Hemisphere summer kicks into full gear, releases in the genres of folk, country, singer songwriter and chamber pop have been pretty thin. That looks to have been rectified this week as a stack of quality album’s, EP’s and singles, saw the light of day yesterday and that’s good news for followers and new discoverers of our New Folk Country Singer Songwriter and Chamber Pop independent music playlist on Spotify. Indeed, of the new additions over the last few days, no less than 8 tracks are new lead in singles for full length albums that will appear over the next three months. Details accompany the track descriptions.

The current playlist order begins with the longing ‘Man Weiß es nicht genau’, the collaboration in German between good friends Hamburg artist Stella Sommer, the woman behind Die Heiterkeit and Berlin based American left field electronic pop artist Sophia Kennedy. Harrisonburg duo Kyle Grim and Ben Ryan aka Dogwood Tales have released their gorgeous vinyl only bonus track from last year ‘Riding Horses’ to streaming platforms for the first time. The track comes accompanied in true 7″ fashion with the hazy country infused ‘There Goes The Light’ on the B side.

Paris duo Papooz unveiled their heartfelt new single in the form of the super sweet folk inflected ‘Moon Pie’. Andrew Bird contributes two tracks to the list , the banjo and strings laden rock of ‘Olympians’ and his duet with Madison Cunningham ‘The Gotholympians’  from his new three track EP We Are Olympians. Given she’s a major label artist its probably the only time we’ll get to feature Cunningham. The Emily Sprague led Florist have shared the third and final single ‘Celebration’ from their new album Emily Alone due our next week on Double Double Whammy. ‘Goodwill Socks’, a whimsically determined lesson to self is the new single from Durham trio Bombadil from their forthcoming Beautiful Country due September 20.

Prince Edward Island folk artist Catherine MacLellan makes her second appearance in this playlist for 2019 with her new single ‘Roll With The Wind’. It’s from her new upcoming album Coyote due October 11. A mix of traditional and left field folk, ‘Death Up Close’ is the grand new single by Los Angeles singer-songwriter Shannon Lay from her forthcoming album August due August 23 on Sub Pop. Chicago stalwarts Wilco return with the rustic and cautionary tale ‘Love is Everywhere (Beware)’ from their forthcoming album Ode To Joy due October 4. They are followed fellow by supple retro beauty of ‘Valleys (My Love)’ from fellow Chicagoans Julien Ehrlich and Max Kakacek aka Whitney from their forthcoming album Forever Turned Around due August 30. The emotive ‘Suddenly’ is by Vermont singer-songwriter and Mountain Man member Molly Sarlé from her forthcoming solo album announced yesterday Karaoke Angel out on Partisan September 20. The final new track included over the past week is the soft glow of Cat’s Eye Blue’ from Hiss Golden Messenger, the outfit led by Durham artist MC Taylor. It’s from Terms Of Surrender, their new full length on Merge which is also due September 20.

We don’t usually feature covers in our new music playlist for obvious reasons but in the case of Boston band Guster‘s harmony filled cover of London artist Labi Siffre’s  ‘Crying, Laughing, Lying Loving’, we make an exception. Essentially the track  is about the talented singer-songwriter’s struggle with identity and the difficulties with being openly gay in the early 1970s, a time when being definitively “out” for a music artist was next to career ending. Kudos to Guster for exposing or reminding us of his talent. ‘True To You’, is a nice balance of folk, pop and reggae and is the new single from London born Montreal singer songwriter Borza. The delightful ‘Cookies & Weed’ is from Austin singer-songwriter Daisy O’Connor‘s 8 track Mixtape II released last month. The nostalgic country ballad ‘Blood Moon’ comes from the excellent EP Lost Together by Malmö singer-songwriter Dennis Hollstrom and his band The Ponies.