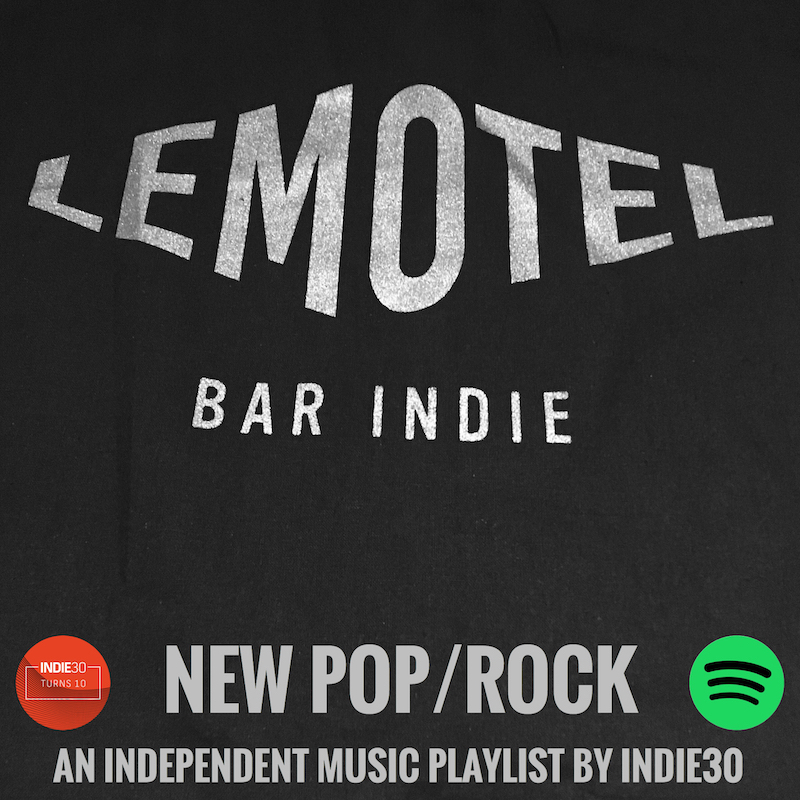 Vancouver rock outfit FRANKIIE head up the 14 brand new additions to our New Pop/Rock independent music playlist on Spotify with their impressive noir like new single ‘Compare’ from their forthcoming debut album Forget Your Head out September 20 on Paper Bag. The quietly stirring ‘Rare Occasion’ is the title track from the second full length by Boston pop/rock trio Pet Fox, made up of members from Ovlov and Palehound. ‘Before’, a dual land track that seems to come from a place of both strength and fragility comes from the French-American duo Guillaume Siracusa & Erica Ashleson aka Special Friend and will appear on their debut self titled EP via Howlin Banana on September 27. The  jangle pop cum Americana feel of ‘Fruit’ comes from Seattle sextet The Berries which will feature on their second album Berryland out September 20 on RFC. The point of existence gets a workout on the joyous ‘I’ll Die Anyway’ from Norway’s Maria Ulven aka girl in red. Ulven’s Chapter 2 EP is due later this year.

The heightened energy of ‘Mixed Signals’ comes from Liverpool quartet The Night Cafe and is the third and latest single from their forthcoming album 0151 due out in August. The languid frustration with the constant deluge of agenda driven drivel that’s characterises the mainstream media’s non-stop 24 hour news cycle is the subject of the latest single ‘The News’, by Melbourne guitar pop outfit Jade Imagine. It’s the third and final one to be lifted from their debut album Basic Love due August 2 on Marathon Artists/Milk! Records. The witty, acerbic and always political “folk punk” and “zig zag pop” quartet Terry also hail from Melbourne and the short and resolute ‘Bizzo & Tophat’ comes from their new three track EP Who’s Terry released on Upset The Rhythm. ‘Rings (On A Tree) is the reworked new single from New York City outfit Frankie Cosmos and will appear on their forthcoming album Close It Quietly for Sub Pop due on September 6. ‘A Brother’ is the reflective title track from the new album released last week by Melbourne artist Lachlan Denton. Heartrending and heart-wrenching, simple and direct, A Brother is musical document dedicated to the close relationship he had with his late brother, best mate and bandmate Zac Denton who passed away in November last year at just 24.

‘Unlimited Data’ comes from Memphis outfit Super Low and is a superb mixture of jangly and melodic guitars and orchestral flourishes. Its the opening track lifted from their self titled debut album out about a week back. The outwardly sparkling disposition of ‘Hope’, the new single from Philadelphia artist (Sandy) Alex G, masks its solemn subject matter about the death of a friend from an opioid overdose. The surreal piece of melancholy comes from his forthcoming album House of Sugar due September 13 on Domino. Toronto artist and Fucked Up member Ben Cook is putting out a new compilation album under his Young Guv moniker on August 2 called Guv 1 and from that comes the power pop driven goodness of the short but mightily sweet ‘Roll With Me’. The final track included over the past few days comes from London born and Sydney based artist Harry Heart. The dramatic and heartfelt honesty of ‘Montaigne’ is his new single which he dropped earlier this month. It will appear on his as yet unnamed second EP due later this year. The remaining tracks in the 30 include four excellent cuts we missed that saw release late last month. They come from Pittsburgh quartet Drauve, Long Beard, the project of New Brunswick artist Leslie Bear, Madrid duo Marcos Y Molduras and Brooklyn collective San Fermin.