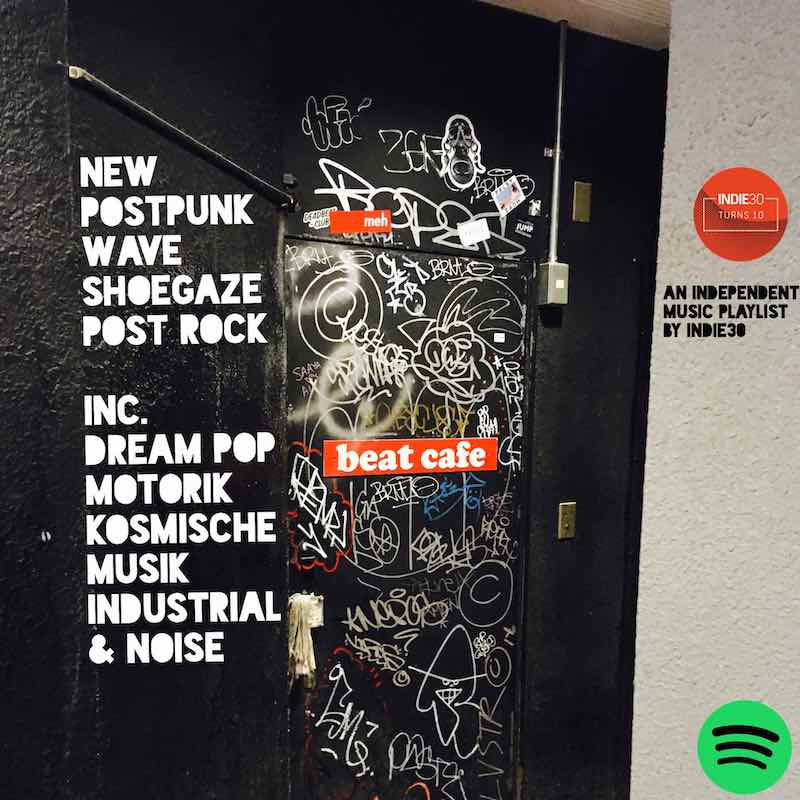 An absolute superb bunch of tunes made their way into our Post Punk/Wave/Shoegaze/Post Rock Playlist on Spotify this week beginning with ‘Bad Form’ the ultra tough new single from Chicago post punk/noise outfit Ganser. Sacramento post punks Creux Lies return with a tense new single ‘Made’. The excellent ‘Deathbird’ is by Sao Paulo goth punks Tempos De Morte from their new album Depression . The outstanding new wave effort ‘Past Tense’ comes from Glaswegians Walt Disco as part a double A sided single. The pacy energy found on ‘Identity Theft’ belongs to Sunshine Coast punk trio The Chats. Melbourne’s Tropical Fuck Storm were featured yesterday on here with the cerebral ‘Who’s My Eugene’ from their soon to be released second album Braindrops (Aug 23) and Black Marble similarly the day before with his new single ‘One Eye Open’ from Bigger Than Life due October. And Gothenburg’s Curses released the grand single ‘Insomnia from their forthcoming mini album Carcassonne out late August.

Canadian electronic artist Robert Alfons aka TR/ST is back with the towering ‘Iris’ off his upcoming new album due in November, Destroyer and the bright yet bleak ‘Others Can’t’ comes from San Francisco’s Justin Cheromiah, aka High Sunn. The rolling motorik beauty of ‘Keepaneyeout’ comes from L.A.’s Beach Bums while Montreal veterans Fly Pan Am released the tremlo laden noise/shoegaze inspired ‘Distance Dealer’ from what will be their first album in 15 years C’est ça due in September. Melbourne artist Nat Chippy’s Japanese Heart Software was featured on these pages too some days ago and the shoegaze heavy ‘For Another Day’ comes from her debut EP Lonely Hearts. Chicago’s heavy as fuck instrumental post rock veterans Russian Circles return with crushing ‘Kohokia’ from their new album Blood Year out Friday and Brooklyn’s DIIV have a harmony filled new single out called ‘Skin Game’ from new LP Deceiver, out October 2. ‘Broke Me’ then comes from Danish/American outfit Gliss who are set to release their seventh album In Utopia August 23.

Access and follow this regularly updated playlist here and below while the Tracks of 2019 Series: Post Punk Wave Shoegaze Post Rock playlist is here, the place where all 467 tracks featured this year in this playlist can be found is below too. These playlists also contain tracks of a dream pop, kosmische musik, motorik, industrial and noise bent.