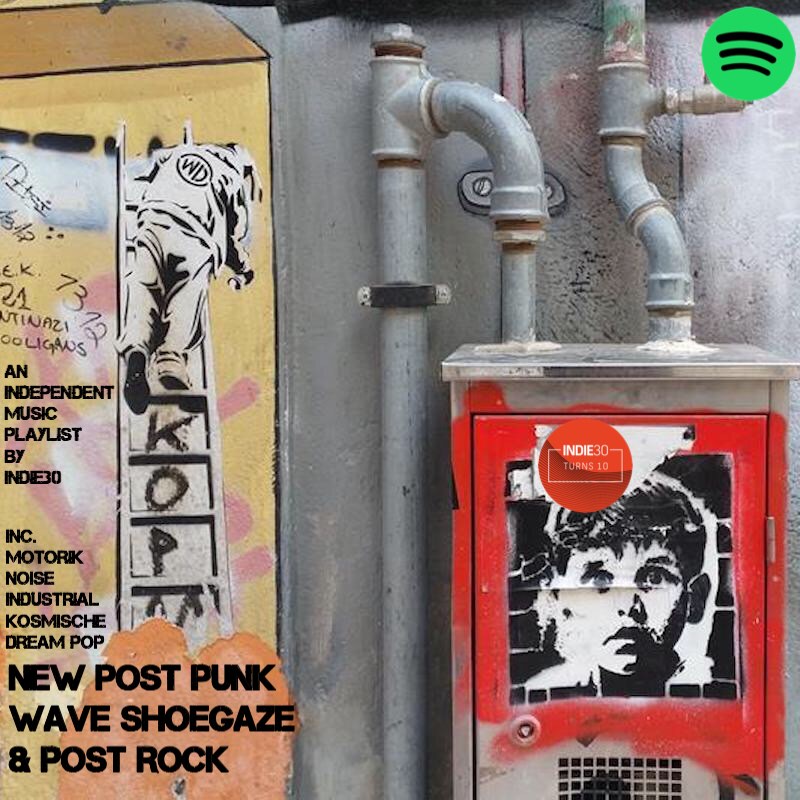 An incredibly strong batch of 30 tracks have coalesced together nicely for this update of our New Post Punk Wave Shoegaze & Post Rock Playlist on Spotify. We open with three massive album closers. The first is the motorik driven ‘Cleaning Your Gun’  from Austin post punk outfit Spray Paint off their forthcoming record Into The Country out Oct. 25. Read about that here. The second is the instantly infectious ‘Make Waves’ from Riga shoegazers Tribes of the City from their new album Rust & Gold. The third is the simply stunning ‘In This Room’ from English shoegazing legends Ride off their recently released new record This Is Not A Safe Place. Following that trio is the arpeggiated angularity of the coldwave centred opener ‘Fire In The Smoke of a Changing Life’ from Carcassonne, the new album from Curses, the project of Berlin artist Luca Venezia. Warsaw post rock outfit Tides From Nebula have released another stirringly powerful cut ‘Ghost Horses’ from their forthcoming record From Voodoo To Zen. For those who ask why we’ve chosen to represent these genres in one playlist, play these five tracks. They have it all.

The pinpoint melodies of the refined ‘Evasión’ come from Guatemala City post rock/shoegaze quartet Asimov. Can’t find much on them via the net in English at present but this has got the eyes peeled and the google translate working overtime. The enveloping ode to surrealism ‘Little Lights’ comes from Brisbane outfit Dream Dali while Los Angeles based duo Ruby Haunt takes us to sublime places once again with the smooth and understated dream pop of ‘Curtain Call’. It’s from their new album The Middle Of Nowhere released last Friday. Montreal post punk outfit Corridor recently signed to Sub Pop in the US and are set to release their upcoming third record Junior in conjunction with Bonsound in Canada on the 18th October. ‘Topographe’ with its Animal Collective inspired French vocals is its impressive first single. The pulsating ‘Isn’t It True’ comes from Cologne trio SPARKLING who released their incredibly diverse album ‘I Want To See Everything’ last week.

Access the playlist here while all tracks removed from the new list of 30 can be found in our Tracks of 2019 Series: Post Punk, Wave, Shoegaze & Post Rock here. Currently 563 tracks in number, it features some of the best  music in these genres going around this year.

Follow this playlist for the very latest in independent experimental and electronic music, constantly updated.