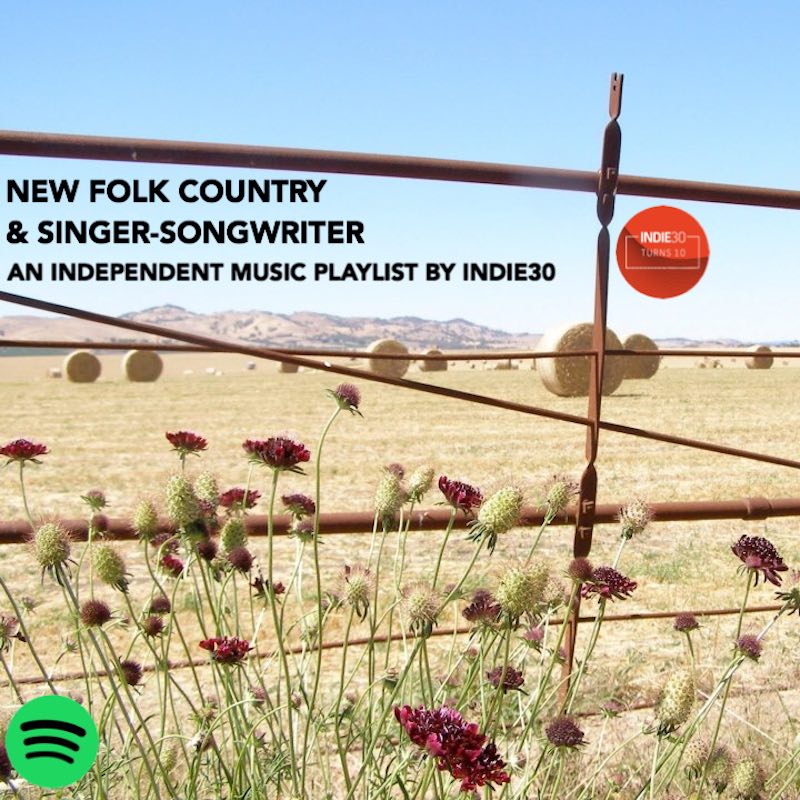 Boston based singer-songwriter Lauren Pratt gets our New Folk, Country & Singer Songwriter Independent Music Playlist on Spotify underway with the sobering but ultimately transformative ‘Give & Take’ from her superb new album Young American Sycamore, her first record in four years. Rockport born singer-songwriter and producer Paula Cole, having recently escaped the clutches of an exploitative major, softly channels a mixture of her pop influences with the poignant expanse of the beautifully written ‘Go On’ from her newly self released album Revolution. The humble and uplifting fiddle focused ‘Where The Heart Is’ is from underrated Oakland country artist Jimbo Scott from his new album of the same name.

The tellingly honest ‘The Real You’ is one of the standout tracks on Fires For The Cold, the new album out through Yep Roc from New Jersey artist Jonah Tolchin. Lola Kirke continues her impressive foray into the world of country music with an EP of country duets called Friends & Foes & Friends Again. Denver artist Brent Knowles joins her for the upbeat  jealousy centred lament ‘Shoulda Known’. The power and depth of ‘Nobody’s Better Than No One’ comes from Melbourne artist Freya Josephine Hollick. It’s the first single from The Real World, her new album to be released in 2020. The lush folk/pop of ‘8900’ from Chicago via North Carolina artist Taylor Rogers comes from her third album Noa and replaces her previous track in this list ‘Be4u’.

The bluegrass goodness of ‘Fireweed’ showcases the multi-dimensional talent of Colorado artist Natalie Padilla and comes from her new album of the same name. We featured the superbly crafted and executed work of Prince Edward Island folk/country artist Catherine MacLellan twice already this year and the latest track to feature is the immediate ‘Come Back In’, part of a double A sided single with the equally good The Tempest. The melancholy and rusticity of ‘Clairvoyant’ comes from Philadephia outfit Friendship whose new album ‘Dreamin’ is due November 8 on Orindal. The dulcet and devotional tones of ‘Red Star’ comes from Isle of Wight brothers CHAMPS and will feature on their new album The Hard Interchange out later this month.

Access and follow the playlist below and check out all tracks featured in it this year by spending some time with our Tracks of 2019 Series: Folk/Country/Singer-Songwriter & Chamber Pop Playlist.