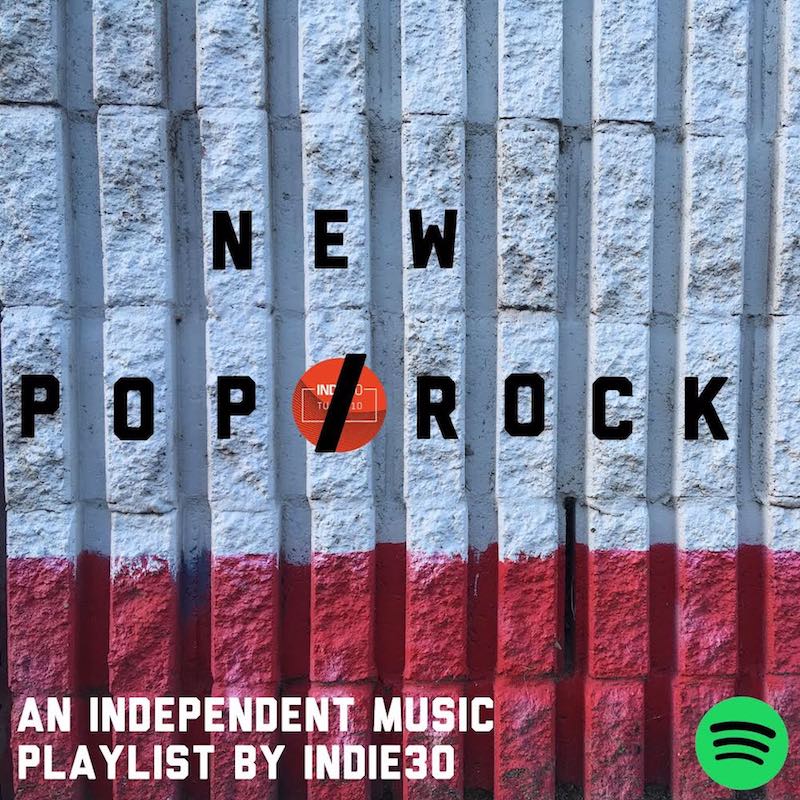 As always, superb new additions to our New Pop/Rock Playlist on Spotify this week. We open the current batch of 30 tracks with the instantly infectious synth infused debut single ‘It’s Hard To Be Loved (By You)’ from Chicago based duo SNST, the new collaboration between couple Sonja and Chris Broach, the latter of independent rock outfit Braid.The penetrative and honest ‘Daisy’ is yet another winning single making it five from five for New York City via Portland artist Kate Davis . It’s from her forthcoming album Trophy to be released on November 12 on Solitaire Recordings.

Melbourne quartet Middle Management‘s new single ‘One More Year’, equal quarters  jangle pop, garage rock, dream pop, post punk could easily have ended up here in another of our playlists but its undeniable pop character means this is where it fits. It comes from the band’s forthcoming EP Caught In The Colours due in the impending Australian summer. A similar thing could have happened to No Vacation‘s gorgeously dreamy piece of jangle pop ‘Days’, its delicate melodies, affecting harmonies, winding rhythm and inventive finish its strong points. It will appear on San Francisco outfits impending full length Phasing due on the 18th October.

The sparklingly staid ‘Sink Or Swim’ is the latest single from Stavanger independent pop quartet Sløtface and centres on the ever-worsening climate emergency and the plastics disaster in the Pacific Ocean. The personal guilt despite the feeling of frustration and helplessness in the face of the systemic criminal inaction by the world’s mega rich cabal of corporations and conglomerates who control world politics is palpable. That said, it’s incredibly salient that we’ve back to backed the Norwegian’s on to the reappearance after 19 years of Portland pop punks Team Dresch. The raucous A side ‘Your Hands My Pockets’ is one half of a new 7″ single which in their own words has them “back to step up to the plate and take (their) swing at this horror show that is the Christian Right and their agenda to destroy humanity’. Fuck yeah to that!

The 60’s lo-fi pop goodness of ‘Radio Dream’ is by Atlanta quartet Shantih Shantih from their new album Someone, Anyone released last Friday on Wild Honey Records. The homespun tropical vibes of the devotional ‘Pulp of Youth’ is from Los Angeles pop outfit The Growlers, the fourth single to come from Natural Affair, their new album due on Beach Goth October 25. Having just released a stack of back catalogue goodies earlier this month, Fucked Up guitarist Ben Cook’s Young Guv is about to release a brand new record. According to Cook,  the sax filled first single Caught Lookin’ “may sound like an accusatory duet between two lovers, (but) it’s actually about how corporations control and own our attention through the mining of our data via smart phones.”

Speaking of back catalogues, The beautiful musical mess behind the delectably disorienting ‘Bolivian Soldier’ could only come from the musical brain of one man — Ariel Pink. The part-torpor part-stupor pop and its lyrical ramblings recollecting Rambo and his potential sexual prowess comes from the forthcoming compilation Oddities Sodomies Vol 2, compiled from rare and unreleased material spanning almost twenty years. This, together with the re-release of his long out of print albums Underground from 1999 and Loverboy 2003 will form the first triage from his Ariel Pink Archives due October 25 on Mexican Summer. The series is set to feature a slew of releases that will run into 2020 so check out more info and doodle to your heart’s content at his website here.

The glitch laden serenity of the exquisitely delivered ‘California Dreams’ comes from Chicago multi-instrumentalist Cobey Bienart aka Cobey. marking his welcome return to the musical fray after a four year hiatus. An impressive return. Norwegian born American artist Signe Marie Rustad is set to deliver her third full length When Words Flow Freely on November 1. ‘Something Easier’ is the second single to appear from it, its dual character reflective of hopeless unease and explanative catharsis. It’s indicative of track being written in two stages three years apart with personally emotional turmoil and writers block being the order the day in between

The lush restraint and minimal angularity of ‘When They Didn’t Care’ is the instructive new single from Glasgow based English singer-songwriter Molly Linen. It’s the latest instalment in the PostMap Club series from her label Lost Map Records and comes a week ahead of Outside, her debut EP. Melbourne artist Bridgitte Jessop aka Eaglemont finds certainty and strength amidst the fragility and frustration on the liberating ‘Heteronormative Nightmare’, a track about sexual awakenings and the realisation that you’ve grown up inside a mainstream bubble of binary driven nonsense. The other new tracks on offer this week come from Vancouver veterans and newcomers alike, The New Pornographers and Olivia’s World, Los Angeles based artist Rosie Tucker and Atlanta art rock artist Thomas Howard aka Orchid Mantis.