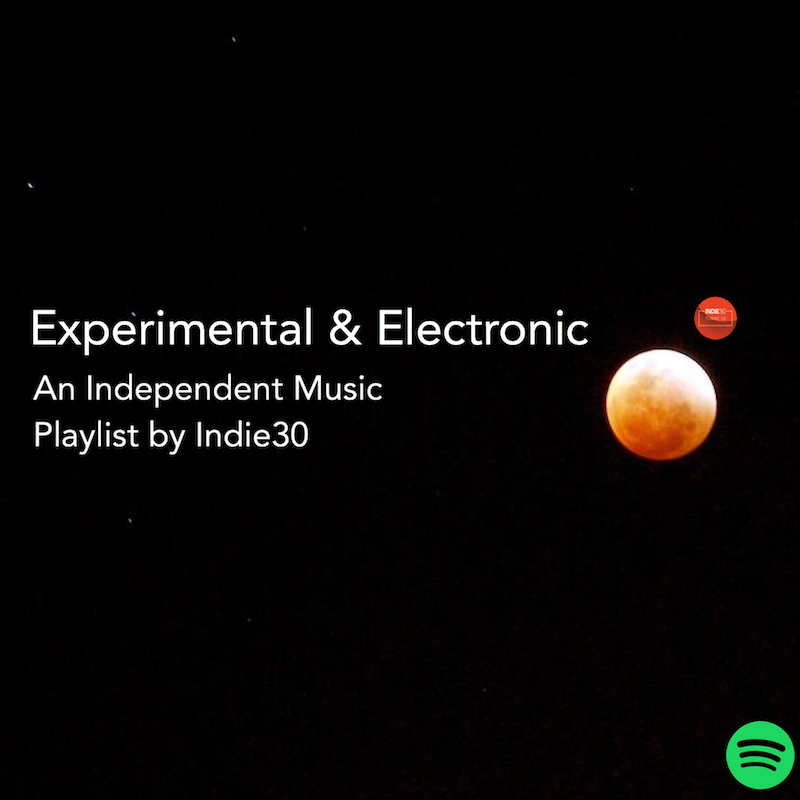 Austin based electronic producer Shawhin Izaddoost aka VVV kicks off our New Experimental & Electronic Playlist on Spotify in the finest of style with the poignant yet hopeful 2-step ambience of ‘Spreading Primrose’. A sublime track of dazzling proportions, it sees Izaddoost at his most methodical and philosophical as he searches for lightness, beauty and relief  from wherever it may be found. It forms the centrepiece to his substantive EP of the same name, out today on Holodeck.

Paris based artist, classically & contemporary-trained drummer and percussionist Lucie Antunes unveiled the wondrously spacious and celebratory ‘Blue Child’ last week ahead of the release of Sergeï, her inventively pulsating and unabashedly joyous debut album out now on Infiné .

London electronic producer Tribe of Colin‘s fascinatingly idiosyncratic and positively encyclopaedic new record Age of Aquarius scores a vinyl release tomorrow on Honest John and ‘Creator God’ the 10 minute opener from it, is an experimental techno monster of the most gradualist of proportions.

London/Berlin based experimental production duo Emptyset‘s sonically razor sharp new single — literally,  is appropriately named ‘Blade’. It comes off their forthcoming album for Thrill Jockey and sees them utilise a machine learning program they devised which recognises patterns in large sets of data, that data in this case being parts of their back catalogue.

AQXDM is the collaboration between eclectic electronic producers Aquarian and Deapmash and the drum and bass inspired ‘The Good Old Days Are Tomorrow’ will appear on Infrared, their upcoming EP for Houndstooth.

The soft musical hues emanating from Oakland composer/musician duo Saariselka are golden indeed courtesy of Marielle Jakobsons’s organ and synth and Chuck Johnson’s pedal steel guitar and electronic effects. ‘Horizon’ is the opening from their debut album The Ground Our Sky due out next Friday through Temporary Residence.

Tunes of Negation is the new project belonging to English experimentalist Sam Shackleton. The meditative yet dramatic and instructive, ‘Nowhere To Sky’ is from his forthcoming EP Reach The Endless Sea for Cosmo Rhythmatic.

The contoured intimacy and oscillatory rush of ‘Magnolia’ comes from Forest Management, the solo project of Chicago composer and producer John Daniel from his forthcoming album and second of 2019 After Dark, due in late November on American Dream.

Our current album of the week sits with Berlin based American producer and artist Adam Longman Parker aka Afriqua. Colored is Longman-Parker’s breathtakingly encyclopaedic and appropriately celebratory take on the history of African music. As ‘Native Sun’ suggests, far from being a nostalgic look back at the genres that have inspired essentially every element in modern western music, Colored, in its experimental and electronic context, is where Longman-Parker has taken them.

The experimental electronic and left field techno driven ‘Flame’ is the opening track to FLEX, the kaleidoscopic new album by London producer and multi-media artist patten, taking in aspects of footwork and trap as well as UK garage, grime and hip-hop. Out on 555-5555.

Chicago experimental dark electronic pop duo, GRÜN WASSER, after announcing the release of their third album Not Ok With Things with Holodeck back in June with the hypnotic opening single ‘Strangers Mouth’ and then following that up with the pensive and ghoulish ‘Driving‘,  finally delivered on the months of promise. The angsty holding pattern that characterises third single and album opener ‘Translator’ apportions the appropriate sonic metaphor for tracing the tortuous path to recovery from addiction.

Also out late last month was Scrolls, the fascinating third album by US producer Max McFerren aka Complete Walkthru and first release on Numbers. They bouyant and busy, yet compact and relaxed ‘Believe I Can Do This’ is a prime example of his ability to create musical tapestries from disparate and oppositional elements

Norwegian experimentalist EOD delivers the analog driven acid and bass feast of ‘Warmwoods Mesh’ from his, Warmwoods EP. Consisting of five tracks previously released on his CD-album EAP back in 2011, they are now available on vinyl through bbbbbb Records.