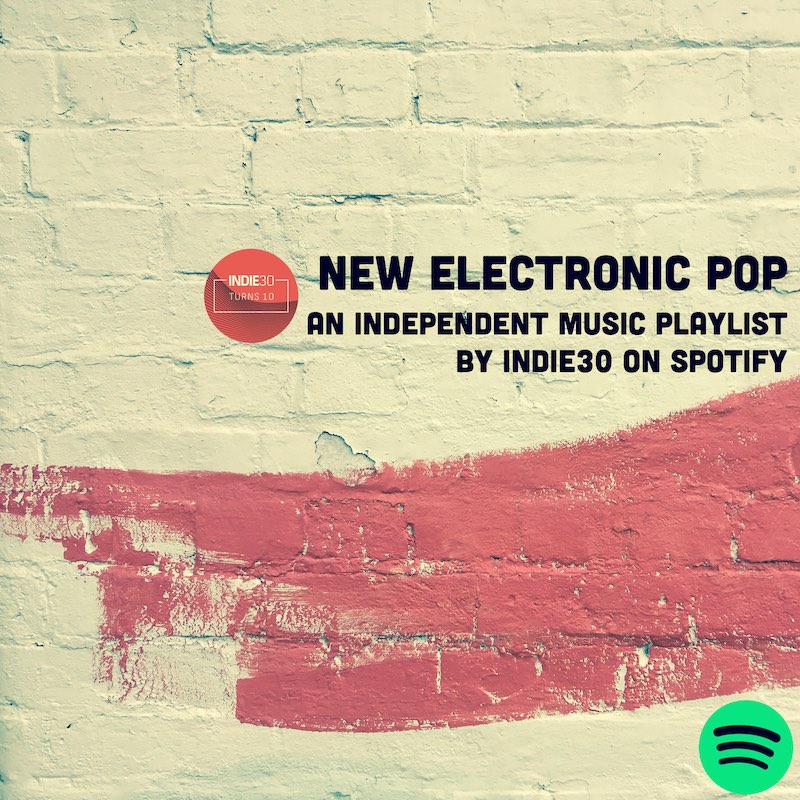 Smorgasboard of feastworthy new electronic pop music out right now and subsequently, the feast of great new tracks added this week to our New Electronic Pop Playlist on Spotify reflects that fact. 6 of the 15 new tracks are by artists who have released or will release long players in the next three weeks. The buoyant longing of ‘Limitless’ and the woozy closer ‘Temporary Love’ come via full length albums released last Friday, Athena on Stones Throw from Los Angeles artist Brittney Denise Parks aka Sudan Archives and Altogether via Run For Cover from Virginia dream popsters Turnover respectively. Also out last week was Out There from NYC duo Princess. Coinciding with the album was the release of the anthemic ‘Rise Up’ featuring both JD Samson and Teen.

Albums soon to be released include Magdalene from London artist Tahlia Barnett aka FKA Twigs. It’s out this Friday via Young Turks. Latest single ‘sad days’ starts things off here alternating as it does between defiance and vulnerability. ‘The Chase’ features the stirring vocals of London artist Rachel Chinouriri and is the last lead in single from a new mixtape I Dream Of Everything by Subculture out November 14. Beguilingly uplifting, ‘Invisible’ comes from the forthcoming concept album Reflections from PC Music artist Hannah Amond aka Hannah Diamond out November 21 while the full and foreboding ‘Good Scare’ is the first single to appear from the upcoming fourth album Silver Tongue from Mackenzie Scott aka TORRES. It will be her first for new home Merge after being dudded by 4AD after her 2017 album Three Futures failed to “chart”.

Some great new EP’s also surfaced too. The insistent ‘Sane’ comes from the excellent RISING EP on Different by London artist Greentea Peng. The pacy ‘Delivery’ comes from Melbourne artist Chela and is the title track from her EP out on Minerva Music. The delicate heartfelt lo-fi number ‘Soon There Will Be Summer’ appears on the diffuse Lashes In A Landfill, the new EP from another London artist Fauness. And the honest goodness of ‘Breathe’ is the closing track from Seattle artist UMI‘s new EP Love Language (Loud Robot).

A number of standalone singles were also released. The left fielders ‘How Does It Feel and ‘Don’t Forget About Me’ are from two London artists, ava zarate and Yehan Jehan respectively. The synth funk ‘Killshot’ comes from Los Angeles duo Magdalena Bay, the R&B inspired ‘Forever’ from London based French producer, vocalist and composer Marylou Mayniel aka Oklou. Halifax duo Babette Hayward + Tynan Dunfield aka Vogue Dots contribute the gorgeous ‘Melatonin’. The upbeat balearic feel of ‘Give It/Give Up’ is from Melbourne synth pop act Juno Disco while the fuzz pop of ‘Erase’ is from Kyoto based French artist Samuel Andre aka IEVA.

Access and follow the New Electronic Playlist below and check out the 700+ tracks that have featured in it during 2019 in our Tracks of 2019 Series also on Spotify here.