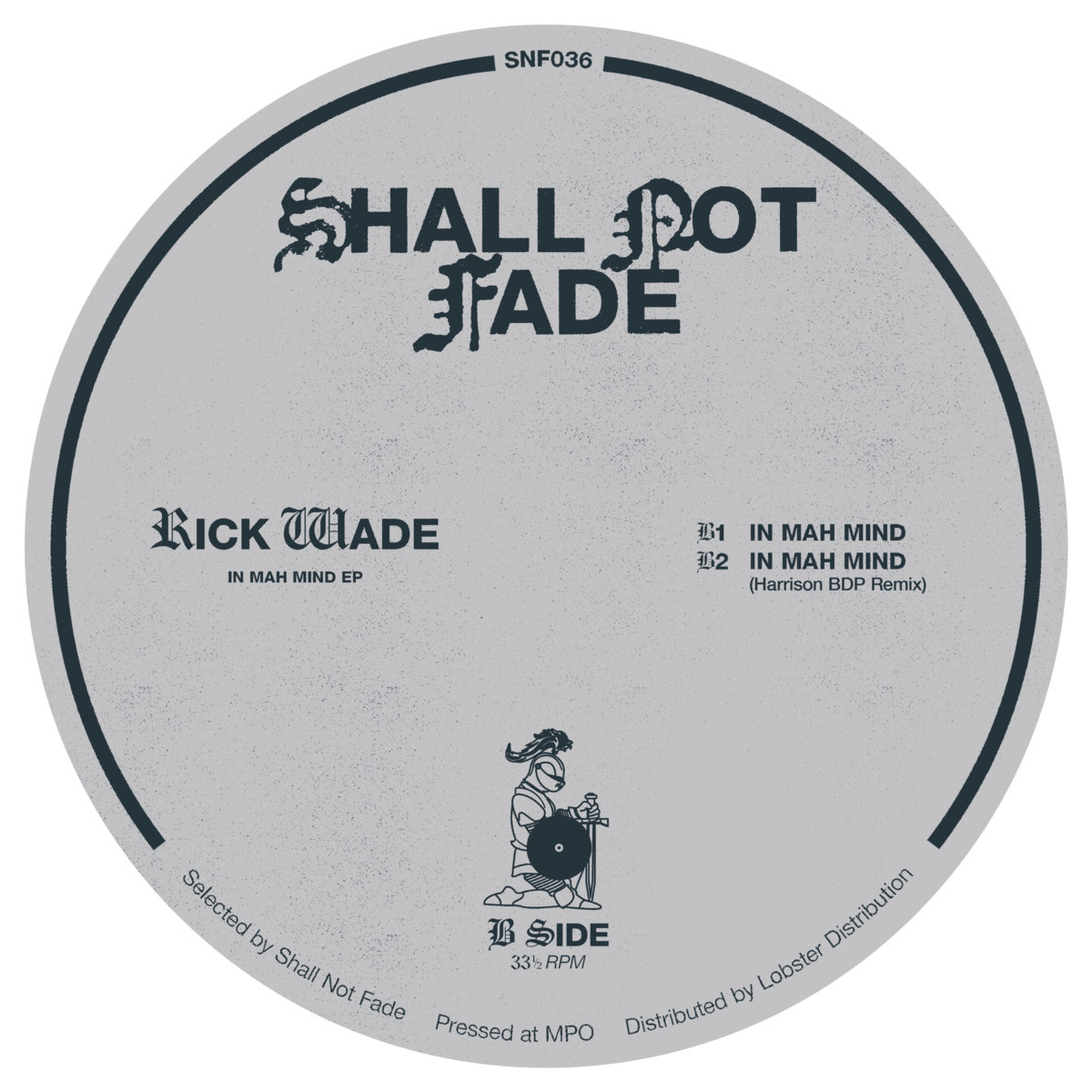 Detroit Deep House legend Rick Wade has just released what is according to Discogs his 90th short version release as he returns to London imprint Shall Not Fade. Titled In Mah Mind, all three cuts are indicative of a producer in possession of not only an encyclopaedic knowledge of his craft but also an innate ability to internalise, create and convey a sweetly timed groove. While this and its dual yet complimentary nature both thematically and texturally point to an experienced hand on the tiller, its fresh feel is also indicative of a refusal to rest on sentiment and an insistence on continuing to push House music’s boundaries

Opening track ‘Smokey’, comes complete with a natural groove created by the slight space created between the sauntering rhythm and delicately applied bass that straddles across it. On the flip side, the title track picks up the pace with its timing, while beginning in what initially seems seems to be little beguiling compared with what follows, foreshadows its role superbly as it carefully settles in alongside a warm retro glow courtesy of enticing strings and its vibrato inspired melody. The track then gets an injection of club focused peak time pace courtesy of a remix  by Welsh producer Harrison BDP who deceptively manages to simultaneously heighten and temper proceedings by going deep and long thanks to the maintenance of a sound full but tonally smooth.

That leaves the dramatic allure of stand out ‘Up Late’ which completes Side One. Combining slight bongos with thinly tense strings and horn full of melancholy, the sophisticated intention is soon revealed with the tracks signature element — its majestically elastic and  insistent bass line. When the spatially deliberative beat is then applied it creates a groove that drips with a nocturnal energy that’s both pointedly cerebral and intensely emotive.

At once ornate with a stripped back aura and refined yet raw kind of live vibe, In Mah Mind is always edging a little beyond the conventional, It’s yet another example of Wade’s innate ability to understand the myriad of intangibles that exist in the relationships forged between a track’s various elements, allowing him uncover the unlikeliest of sweet spots from them. It’s also patently clear that in the creation of the resulting rhythmic and sonic textures, deep or otherwise, space — both in how it is created and used — is highly prized. For over two decades, the emphasis given to its creation has always served to give Wade’s work a rhythmic width and melodic clarity and through this EP’s nocturnal essence, those two elements shine.

Listen to ‘Smokey’ and ‘Up Late’ below and buy In Mah Mind on vinyl or digitally through Shall Not Fade here.