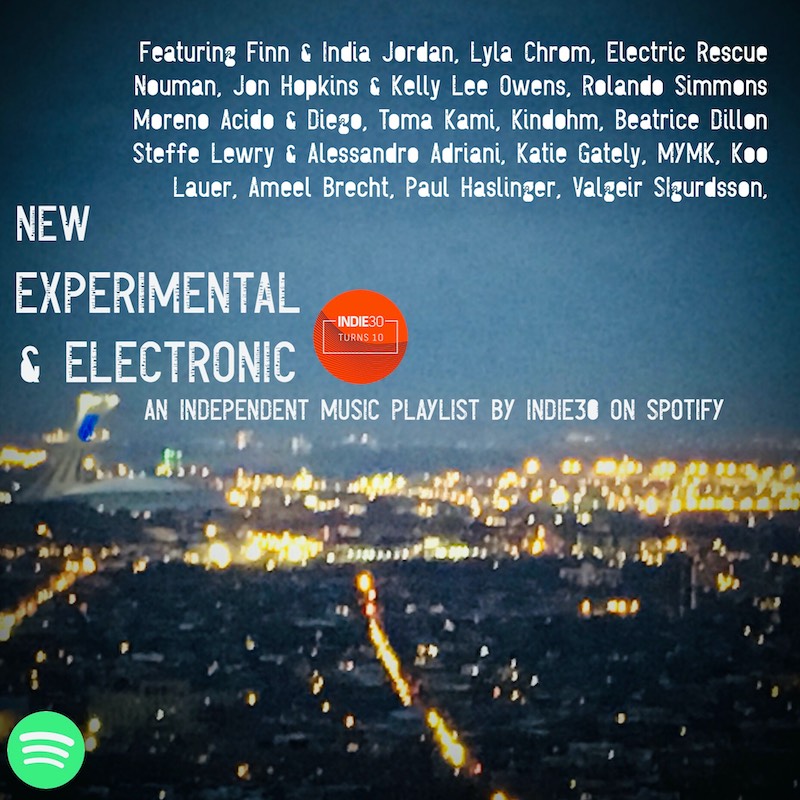 The creations that emanate from the myriad of musical minds that span the wide expanses of experimental music and the electronic music world of the non-techno and house variety never cease to amaze in where they will not go to stretch and confound convention and this final update of our New Experimental & Electronic Playlist on Spotify exemplifies that no end. Released across the past month, there’s new electronic music in the form of the hardcore and house variant ‘H.U.R.L.’ the result of the two track collaboration between English left fielders producers Finn and India Jordan,  melodic bass and techno from Hamburg experimental electronic producer Lyla Chrom, Brazilian funk, electro and house from Portuguese and Brazilian production duo Moreno Acido & Diogo, a new track out of rework of Jon Hopkins ‘Luminous Beings’ by English DJ/producers Kelly Lee Owens and Hopkins himself and the glitchy and broken electronic bass from both Lviv experimentalist Andriy Vezdenko aka Nouman and Minneapolis sound artist Mike Hodnick aka Kindohm.

Access the playlist below and for all 900+ independently released tracks featured across experimental and electronic music’s wide remit during the year check out our Tracks of 2019 Series: Experimental & Electronic here and also below. More on that tomorrow.

This playlist will continue to update into 2020.