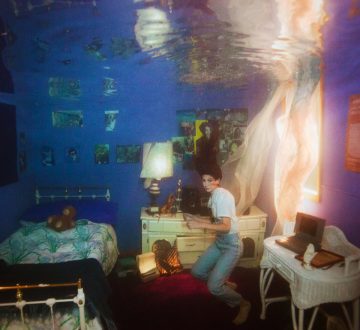 Update Required To play the media you will need to either update your browser to a recent version or update your Flash plugin.

ALBUM OF THE WEEK – MINI REVIEW

With Titanic Rising, Los Angeles artist Natalie Mering aka Weyes Blood, announces herself as an artist of great and lasting substance, one that more than deserves plaudits equal to or greater than the legendary singer-songwriter’s of times past. Building perfectly on 2016’s stunningly grand affair Front Row Seat To Earth, each track takes the precious time needed to unfold in keeping with Mering’s contemplative take on life. Through a kaleidoscopic musical and lyrical lens that is in a sense, timeless, Titanic Rising traverses time and space with both a confidence and a candour. It’s an explorative masterpiece that is both abstract and direct in facing today’s modern problems, an ambitious record that simultaneously combines a reflective subconscious with a blistering awareness of reality. And that is fucking hard to do — for Mering, its more than mission accomplished. James Stocker — Indie30

From Mering herself (lifted from her bandcamp quotes about the album)

“An album is like a Rubik’s Cube. Sometimes you get all the dimensions — the lyrics, the melody, the production—to line up. I try to be futuristic and ancient at once, which is a difficult alchemy. It’s taken a lot of different tries to get it right.”

“I experience reality on a slower, more hypnotic level. I’m a more contemplative kind of writer. There are complicated influences mixed in with more relatable nostalgic melodies. In my mind my music feels so big, a true production. I’m not a huge, popular artist, but I feel like one when I’m in the studio. But it’s never taking away from the music. I’m just making a bigger space for myself.”

“I used to want to belong. I realised I had to forge my own path. Nobody was going to do that for me. That was liberating. I became a Joan of Arc solo musician.”

“Belief is something all humans need. Shared myths are part of our psychology and survival. Now we have a weird mishmash of capitalism and movies and science. There have been moments where I felt very existential and lost.”

“It [ the movie Titanic] was engineered for little girls and had its own mythology. It’s so symbolic that The Titanic would crash into an iceberg, and now that iceberg is melting, sinking civilisation.”