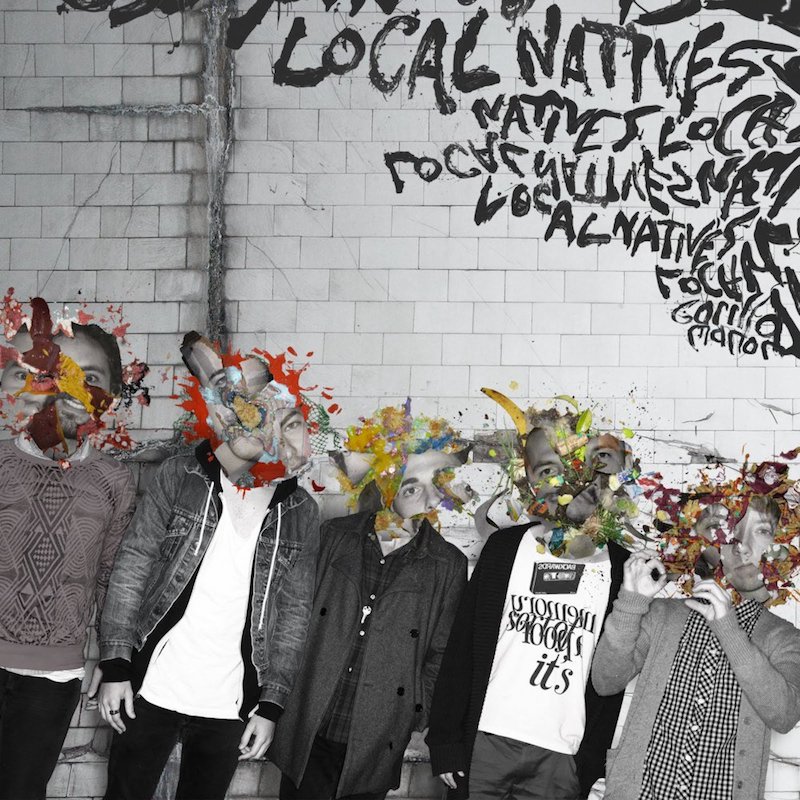 As anyone who has been in a band for keeps knows, the writing process, when ideas are spread across a myriad of personalities with disparate ambitions and interests can be simply just damn hard work. Even harder is committing to that process, heart and soul, especially when it seems anything of substance may prove ever elusive. I guess that’s why many bands are often controlled by one or two strong figures and the rest just fall in and do as they are told. So its heartening to hear of a successful transformative process that saw a talented collective go from treading water to realising what was possible with a bit of grit and focus. A group that became so hellbent and 100% committed to producing something of quality and substance that they moved into a house together and devoted themselves completely to writing an album that turned out to be of immediate and lasting quality. Thus, it was with Silver Lake five piece Local Natives. In an area of Los Angeles that has been dubbed the ‘Williamsburg of the West’ and is and was home to the likes of Red Hot Chili Peppers, Pavement, Jane’s Addiction, Beck, Porno For Pyros, Lou Barlow, Mark E. Smith and the late Elliot Smith it is unsurprising that in such an environment, a group of enterprising and accomplished musicians would enter into such an artistic and organic endeavour.

What has been produced is a set of eleven consistent, accessible, catchy yet technical original songs that sit together perfectly with the excellent rounded out Talking Heads cover, ‘Warning Sign’. Led by the golden multi-layered vocal harmonies of guitarists Tim Rice, Ryan Hahn and keyboardist/percussionist Kelcey Ayer whose voices and instruments provide plenty of lasting and embedding hooks throughout the album, the influences old and new that drive Local Natives are easily identified and won’t be dealt with here. Review wise, they have been overdone almost everywhere else. Tied together with the work of drummer Matt Frazier, whose combo work with Ayer is outstanding, complementing each track and the powerful driving and looping bass guitar of Andy Hamm, the meticulous attention to detail spreads across every corner of the band’s sound.

There is an effervescence constantly bubbling away on tracks such as ‘Wide Eyes’ and ‘Sun Hands’ and an aggressive, yet pensive and immediate, yet patient feel to the likes of ‘Shape Shifter’ and ‘Stranger Things’. The straight ahead rock that begins ‘Camera Talk’ gives way to reggae before emotive strings and keys combine with pounding drums and open hi hat that gives a flourishing finish. This is followed by the simple three chord hook that permeates the slower ‘Cards And Quarters’, that slow dances its way into the aforementioned Talking Heads cover, a rendition that adds so much to the original. Although the shuffling beat and clean guitar that drives ‘Cubism Dream’ rounds out the highlights it feels irresponsibly remiss to omit mention of the other tracks. Full kudos goes to Infectious Records in the UK who had the foresight to release this album last year. It is extremely strange that, given Local Natives are an American band, it hasn’t seen the light of day in the US until now. Gorilla Manor is an album of enduring stature that combines grand ideas with flawless execution and attention to detail, fully shining light on what a group of five talented and dedicated individuals can produce when their creative stars align. Absolutely outstanding.