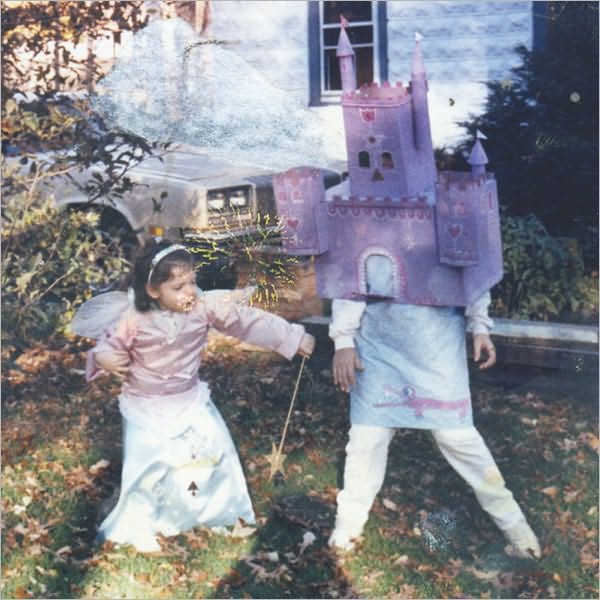 Opening and closing with bursts of pyrotechnics, Fang Island’s new album “Fang Island” is a short lived but highly worthwhile venture. At only thirty one minutes in length, we get a good dose of indie post-punk rock without the self centred embellishments. Hailing from Rhode Island and now based in the indie music Mecca of Brooklyn, Fang Island have two EPs under their belt, the self released ‘Day Of The Giant Leap’ (2007) and ‘Sky Garden’ (2008) on the Corleone label. The eponymous debut long player sees them on Sargent House, who also have the likes of Red Sparowe, Daughters and Native.

Consisting of guitarist Jason Bartell, bassist Michael Jacober, guitarist Chris Georges, guitarist Nicholas Andrew Sadler and drummer Marc St. Sauveur, they all share vocal duties and have described their music as “everyone high-fiving everyone”, a very fitting quote. Fang Island was born from their time at Art/Design school in Providence, RI in 2005.

Kicking of the album after the aforementioned sounds of fireworks, the first track ‘Dream Of Dreams’ builds up the energy with four part harmonies easing in, declaring “They are all within my reach/they are free”…before mixing seamlessly into the instrumental track ‘Careful Crossers’. This track serves to build the anticipation of what you know is going to a fun listen over the next half hour.

‘Daisy’ has an organ intro, chanting vocals and no formal structure. MTV liked it enough to use in a series of ads promoting a reality show “The Buried Life’, whose premise is about crossing off the list of things you want to do before you die. The upbeat feel of ‘Daisy’ is a perfect fit. The video for this track features a group of face painted and mask wearing guys and girls dancing around like they are making up the moves on the spot, and again fits beautifully with the exuberance and rollicking good fun vibe of the song. Never has it seemed that a cameraman has had such a good time shooting a video, or been as involved, in this gonzo style clip. You can spot him in the mirror of the dance class space it’s filmed in and sense the fun as he runs around high fiving the others. A clip thats works well and could have had basically zero budget. Similarly the ‘Life Coach’ video, also directed by Carlos Charlie Perez, seems like a bunch of friends running amuck after raiding the props room at art school.

‘Treeton’ has the harmonies and chanting vocals happening again amongst the blaring rocking guitars before it all gives way to the converse sounds of ‘Davey Crocket’ with its mellow acoustic opening and uplifting atmosphere slowly building, bringing in the electric guitars, percussion, hand claps and “whoa whoa whoa whoa” vocals. it’s uplifting stuff, perfect for the approaching summer (if you are in that part of the world). The music is is stilted at times, off kilter and extremely infectious.

So, “Fang Island?” Where the hell is that I hear you ask? The name came from an article in the fantastic American tongue-in-cheek news source ‘The Onion’, claiming the island was Donald Rumsfeld’s secret hideaway. Guitarist Jason Bartell thought it was a good place to imagine their music was played on.

Full of aggressive sounds, power chords, high energy and a free spirit, Fang Island is a breath of fresh air. The at times fractured nature of the album is refreshing in its unpredictability and the call and response between the beautiful harmonies of the guys and the music is sublime. Rumsfeld should be so lucky to have them play on his island.