RECORD REVIEW: THE RADIO DEPT. – CLINGING TO A SCHEME

RECORD REVIEW: THE RADIO DEPT. – CLINGING TO A SCHEME 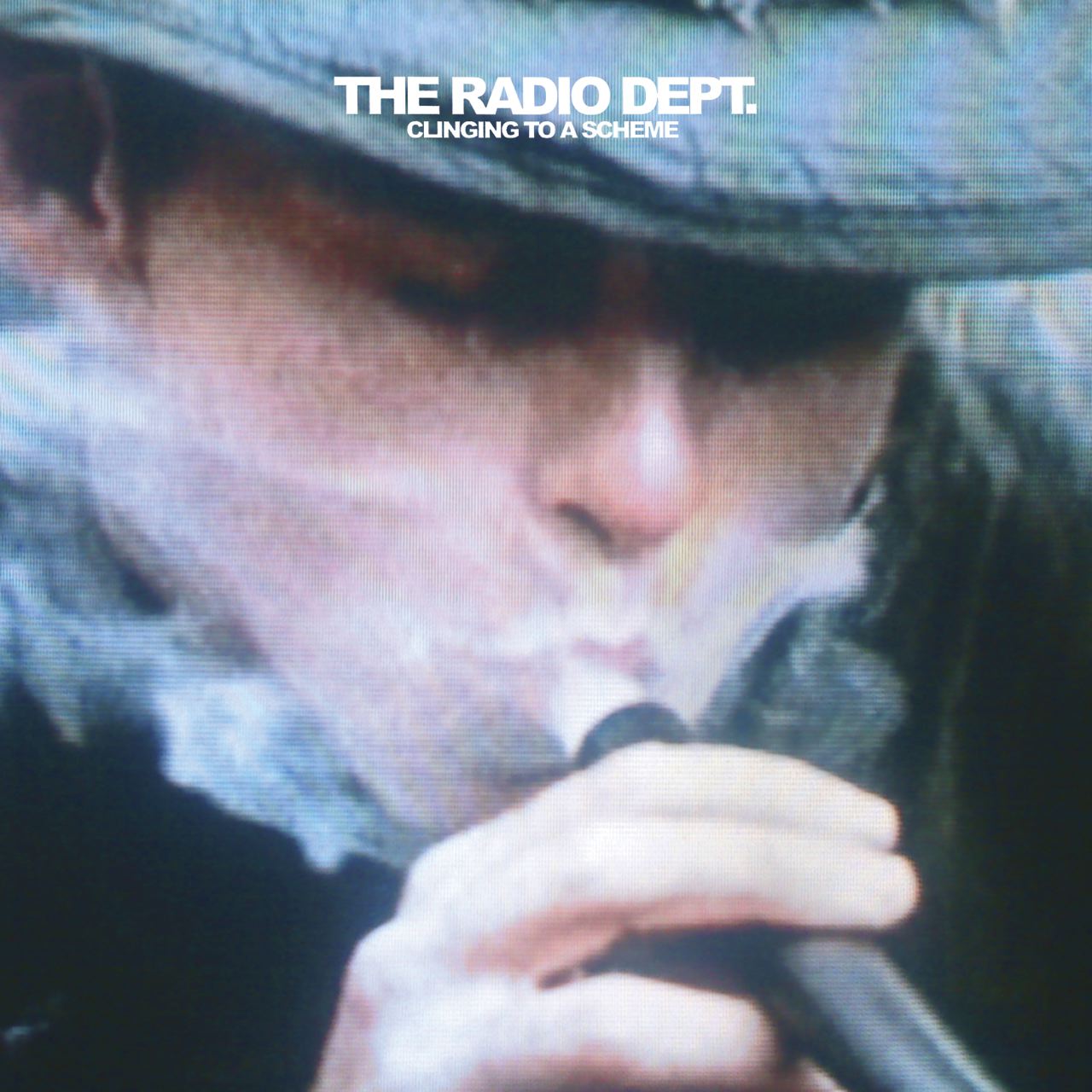 THE RADIO DEPT. – Clinging To A Scheme

Four long years in the making, the new album from the fiercely independent The Radio Dept, Clinging To A Scheme, finally saw the light of day last week. One may probably expect some sort of opus full of ambition and bombast after such a long period of writing and fine tuning. Not so with The Radio Dept. Long time devotees of the trio have come to expect almost metronomic economy and this album lives up to that expectation. There is not a second wasted during the 34 minutes of Clinging To A Scheme, nor is there room for any more. If there was, only the stupendously brilliant piece of serious pop that was ‘Freddie And The Trojan Horse’, which was originally destined for the album, would fit.  Right down to the exceptional track sequencing, Clinging To A Scheme is a carefully crafted gem.

The title of the album is telling. Although the actual title alludes to something else and has political connotations, The Radio Dept. have a scheme and come hell or high water they are going to stick to it. Roughing up pop at its very centre, the trio work away from the the inside out, scuffing and denting the gloss and sheen with reverb, static and distortion. It has been their trademark in its various forms for a decade and a half and they do it to great effect here. At once a hive of activity as the layered guitars, electronic beats and synth combine with splashes of expertly inserted instrumentation – piano, strings, woodwind and horn, it’s quite amazing that the album still has a minimalist uncluttered feel to it. Only the best of artists can achieve this and it only comes from time and painstaking effort.

While consistent in approach, paradox abounds. Take the vocals of Johan Duncanson. How can a voice that on the surface is so distant, not only in nature, but also in the mix to the point of dissaffection and disconnection exude such emotion and feeling. When transposed deliberately underneath the shimmering introspective intonations that drive the bands sound, there’s a feeling of knowing detachment to these songs and Duncanson’s view of the world in general. Even when Duncanson’s often cryptic and somewhat inaccessible lyrics seem to be overtly saying little, there is always more than an inkling they’re actually conveying a great deal.

On the opener, ‘Domestic Scene’, the chime of guitar chords and incessant patter of the drum machine are complemented by the insertion of a delicate end hook and liquid sub-layer of synths. The song is an indication of the careful layered approach employed throughout the album where nothing is left to chance and every second is spent. Second single, ‘Heaven’s On Fire’ harks back to the chilled out Balearic sounds of late 80s synth pop and would of been a much loved feature on the Manchester or Ibiza scenes. And that’s not saying that it belongs there. Its immediacy to 2010 is obvious.

The urgency of the double beat and swirling synths on ‘This Time Around’ is given extra strength and depth by the smothering nature of the bass while the downbeat dub of ‘Never Follow Suit’ features a sample from a nihilistic train hopping graffiti artist and the choice of words taken here is illustrative of The Radio Dept’s penchant for gritty social and political commentary. While simplistic on the surface, the said subjects defiant individualism while clinging on to the fraternity that he finds with others that share his passion is indicative of the confounding nature of the modern western lifestyle, on the one hand valuing individualism but on the other demanding conformity within a confined paradigm. The artist is either outside of that paradigm or a victim of it – or both.

On first listen, the middle track, ‘A Token Of Gratitude’ seems to be nothing more than a holding song, but repeated listens reveal its crucial role on the album as well as its worth in it own right. Personal change and growth often stem from heartbreak. Amidst the looping and layered synth and the sound effects of releasing pressure valves, Duncanson has a cerebral and deliberate strategy to combat this as he sings, ‘I love you, yes I love you, but easy come easy go…

Those who liberally employ the overused shoegaze label when reviewing The Radio Dept’s work will find themselves able only to use the term on one track. ‘The Video Dept.’ is a classic rendition of the fuzz soaked vibe of that era and comes equipped with an emotion filled outro that is a shoegazers dream. ‘Memory Loss’ evokes the spatial rhythms of the mid 80s and could almost be three songs in itself. Just have a close listen and at times you would think that you’ve got two or three stereo systems on at the same time. Despite this, the track holds together almost seamlessly. The first single ‘David’, released last year is almost trip hop in its affecting beat as the synth and strings combine to make you forget the forewarnings present in the lyrics. Despite its short stay make no mistake, ‘Four Months In The Shade’ is no filler as the welding together of its busy shuffling beat with an expansive yet hollow echo of girating synth renders it an important and vital track, sitting perfectly between the aforementioned ‘David’ and the gorgeous twinkling closer, ‘You Stopped Making Sense’.

The album format forms only one part of The Radio Dept’s if it ain’t good enough, we ain’t releasin’ it’ approach. Their historical penchant for penning quality EP’s and b-sides is testimony to this and the 2008 and 2009 work more than tided this devotee over. Those who complain about the length of time between albums need to understand that it is precisely time that has made Clinging To A Scheme so good. The Lund trio have continually raised the bar with each passing year and they may need to be careful that this album hasn’t seen them raise it too high, for it might take them eight years to release the next album. No matter though as these ten songs will still be as immediate then as they are now. I for one, am prepared to wait.