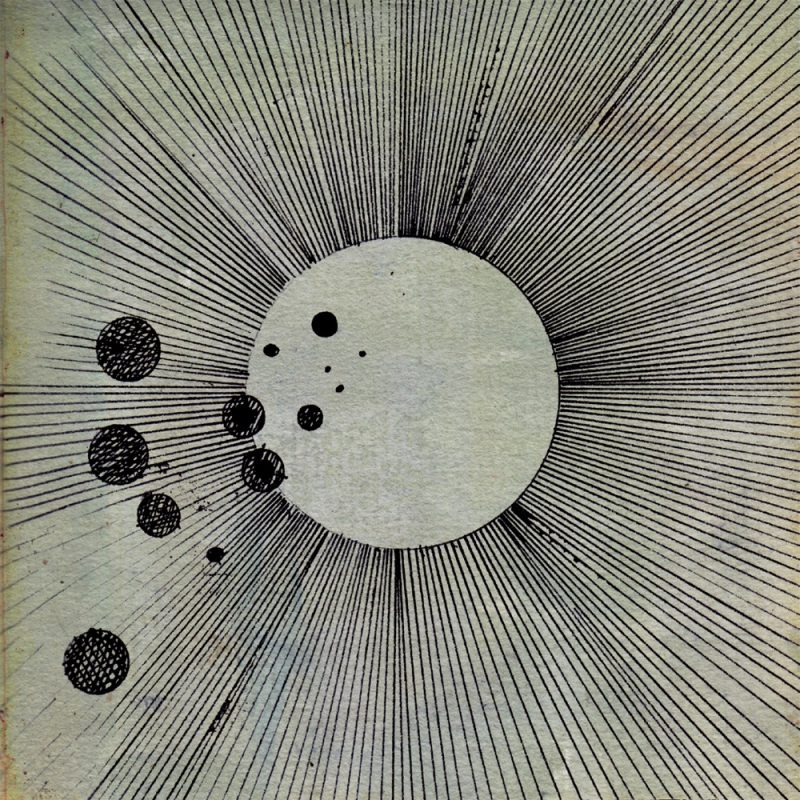 There comes a point in time in the musical careers of but a few talented artists where they are at the height of their powers, and by that I mean they reach towering heights, not just measured against themselves, but against all that is outside of them. Los Angeles genre defying producer Steven Ellison, aka Flying Lotus has reached those dizzying spaces with his new album Cosmogramma and with it has in all likelihood produced the record of the year. Cosmogramma is the fourth release from Flylo, as he is affectionately known and follows up the very special Los Angeles. Tracing his trajectory from his debut back in 2006, 1983, it can definitely be said that Ellison has been searching for that seamless record and with this album he has nailed it. Cosmogramma was conceived as a movement (and initially sent to reviewers as a single track), where everything is part of larger melting pot, a meticulously crafted genre defying work of art.

Cosmogramma combines a digital fusion of free form jazz, dubstep, ambient, intelligent dance drum ‘n’ bass and hip-hop that is complemented by the instrumental work of Thundercat (Stephen Bruner), who takes the Squarepusher inspired bass runs to a whole new plane, the perfectly utilised harp of Rebekah Raff and the string arrangements of Miguel Atwood Ferguson. Sequencers, loops, first class beat programming, computer game inspired bleeps, glitches and stratches, pitch control mastery – its all here. Guest vocal appearances by Thom Yorke, Niki Randa and Laura Darlington are welcome and add to the mix but they never overshadow Ellison’s vision. He is all over them manipulating pitch and embedding them into the context of where and when they are utilised. To top it all off, through the brief appearance of Ravi Coltrane on tenor saxophone, Flylo’s geneology is on display (he is the great-nephew of Alice Coltrane) and those jazz roots in general are used to great effect across the whole record.

Right of the bat, abrasive plucking of guitar strings, cosmic orchestration through harp and strings, a distant train, manic bass lines and killer hooks, restrained drum ‘n’ bass rhythms, shuffling percussion, muffled vocal samples, video game sampling, film noir sounds and big extended hip hop beats all collide as the first six tracks absolutely fly by, over in just over ten minutes. When listening to the album the first few times, there is a need to go back and just check, ‘what was that?’. There is a frenetic air about Cosmogramma as Ellison aims to expose his audience to as many of his ideas and concepts as possible, most evident in those first few minutes. This may be an achilles heel for lesser talents as many have died a quick death from attempting to squeeze in too much, but in Ellison’s case, these ideas never outstay their welcome, nor are they undeveloped or lacking the fullness of form. To carry this off is no mean feat and the fact that Ellison not only manages it, but excels at it to the point of it being essential to the worth of the album, is evidence of an artist in full flight.

By the time the album penetrates into its middle section with the synth inspired pitch warped ‘…And The World Laughs With You’, the realisation that something special is unfolding before you is palpably obvious. The turn into the second half of the track and the introduction of Yorke’s manipulated vocals perfectly complements a track that would of been excellent anyway had it maintained its early line. The fact that it doesn’t magnifies its effect. But that is what’s special about this album, there are no one trick pony’s anywhere to be seen. ‘Do The Astral Plane’ is probably the most accessible track on the album and perfect for Flylo to make his mark on DJ mixes in progressive clubs and it is expertly placed smack bang in the middle of the movement. ‘Satelllliiiiiteee’ ushers in the run home with its busy afro-rhythm pulsating over a chilled out piece of layered ambience. ‘German Haircut’ has a definite jazz theme as Thundercat’s high bass runs again make an appearance to lasting effect amidst shaking percussion. ‘Recoiled’ is probably the best example of a track in two distinct parts, its beginning a clear dose of free form jazz that is rudely and abruptly replaced by some of the best beat and percussion work you’ll hear accompanied by a spazzed out synth loop. ‘Dance Of The Psuedo Nymphs’ is a manic mixture of slapping basslines, synths, jungle beats and rapid handclaps, Drips/Auntie’s Harp is almost straight out of broadway with its string and harp arrangements but when they are interspersed with ultra modern synth the track become another thing altogether. ‘Table Tennis’ is another highlight with its appropriate use of ping pong balls in the mix alongside Darlington’s ethereal vocals while ‘Galaxy In Janaki’ is a come down emanating from ‘heaven’.

Cosmogramma is a representation and culmination of a musical journey that should see Ellison elevated to the exulted status he deserves. His sheer genius and ability to seamlessly mix genres through expert manipulation of instrumentation and sound means that he can create a sonic template like no other of his contemporaries. Flylo has carved out a place in the pantheon of modern music that he alone owns freehold. To encapsulate just how important Cosmogramma is in the context of contemporary music in a few glib words would be doing it an injustice. Time and the music to come that will inspired by it means the album will more than speak for itself and in time become the stuff of legend.