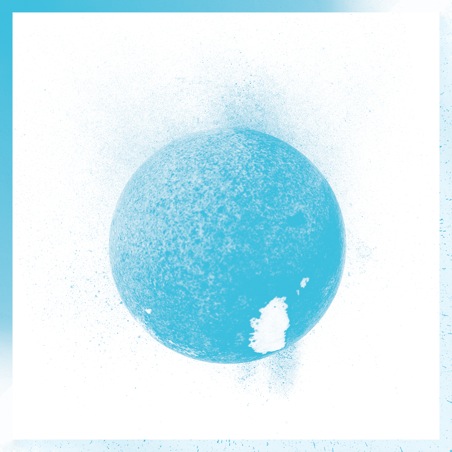 There has been a recent move in the genre of electronic music to embrace a more DIY and experimental guise while using traditional structures, stretching and reshaping them into the unconventional. Los Angeles artist Will Weisenfield’s foray into the field under the moniker of Baths is no exception. If you’re looking for a blissful, relaxing, chilled out adventure to use for your next come down, you’ll get it in parts with Cerulean, Baths debut album, but at the same time, if your not embracing its full form it’s likely to drive you to distraction with its catatonic spliced up beats and syncopated rhythms. That is, if it doesn’t have your full focus.

Weisenfeld’s original take on the genre, like Dan Snaith (Caribou), Steven Ellison (Flying Lotus), Kieren Hebden (Four Tet), Chazwick Bundick (Toro Y Moi) and Ernest Greene (Washed Out) among others, renders the current period a high watermark in electronic music. Cerulean plays like a collection of organic adventures full of dramatic verve, a physical and cerebral experience that takes you to places that render a cinematic feel. It is music that transports and transcends. It doesn’t merely put you in a mood, its transforms that mood time and time again from relaxation to expectation, comfortability to restlessness. The other lasting thing about this record is its proponents rare ability to fit so much in yet leave that essential ingredient, space. Weisenhall could have fallen into the trap of overdoing things with the amount of talent he obviously possesses but he doesn’t and because of that displays a musical intelligence way beyond his 21 years.

Cerulean begins with the curiously named ‘Apologetic Shoulder Blades’ with its haunting vocals, slow broken hip hop style beat and emotive underbelly while ‘Lovely Bloodflow’ contains an urgency in its understated keyboard melody and myriad of clicks. ‘Maximalist’ first found its way to listeners through the doyen of music websites, Pitchfork and immediately struck a chord with its video game loops, Avalanches type voice samples and unstinting yet patchy rhythm. The immediacy returns with the Muse like beginning to (Heart-symbol) that develops into a pitch heavy loop that circles endlessly as Weisenfeld laments his inability to love within safe boundaries.

The child samples on ‘Aminals’ combines with a galaxy of trippy beats and magical electro-guitar play while the title of ‘Rafting Starlit Everglades’ matched with its organic and natural sound gives the feeling of doing just that. The outstanding ‘Hall’, sure to feature highly in the Indie30 best songs list at the end of the year starts with a mesmerising mashup of loops, pitch and vocal manipulation which introduces so effectively the addictive interchange of multiple melodies that follow. This tracks elements fit so well together, giving the listener a seamless journey into electronic excellence.’You’re My Excuse To Travel’ is another highlight where Weisenfeld uses his somewhat tortured and manipulated high vocal register across a consistently catchy melody that sits atop that once again familiar hip hop timing signature.

The final four tracks further demonstrate Cerulean’s complexity and contemplative character. ‘Rain Smell’ uses background silence to great effect over a combination of simple piano and a descending keyboard melody. ‘Indoorsy’ is more upbeat but no less wistful while ‘Plea’ flirts with the eastern and aquatic as Weisenfeld implores somebody to need him. The album ends with the warm and smooth ‘Departure’, although you get the distinct feeling that there’s more to this than meets the ear.

This review might have name dropped some aforementioned contemporary artists of similar ilk but that in no way should mean anything in judging this album other than they are all playing to their own original and innovative tune in a, for want of a better term, definable genre. The orginality and almost fearless nature of the Baths sound hangs out on its own, with a autonomous trajectory that will intrigue further as Weisenfeld matures. After all, and I have to keep reminding myself of the fact, he’s only 21.