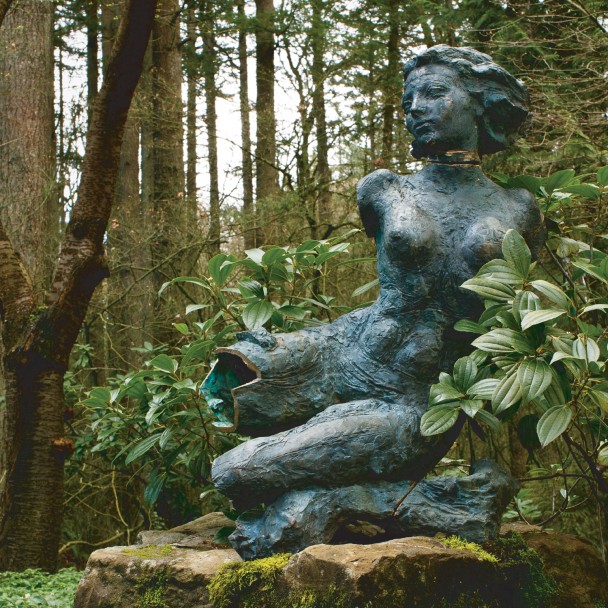 If there was a niche genre in rock to match the Intelligent Dance Music (IDM) moniker in dance, say Intelligent Rock Music or something…, Menomena would be one of the first bands that would spring to mind. A creative whirlwind since forming back ten years ago, the Portland trio have triumphed once more with their latest and third album in a traditional sense (or fourth if you include the four song Under An Hour), Mines. If there was any doubt among fans and critics, and there was plenty of reason to go there, that following up Friend And Foe with something approaching that album’s genius would be difficult or indeed nigh on impossible, those doubts can now be cast aside as Mines is a more than worthy equal.

However, there was a dreaded feeling about the place a couple of years back that the trio, Brent Knopf, Justin Harris and Danny Seim may just be going their separate ways and that follow up album would never come. Rumours abounded that the band were intermittently collaborating via e-mail and had hardly laid eyes on eachother. Harris told Pitchfork back in July 2009, ‘Over the course of the last year…we weren’t all on the same writing page, necessarily’. However, somehow things came together and disagreements over the writing process served to produce an amazingly cohesive record. While Mines a small step back from the creative mini-explosions that characterised their first two albums, 2003’s I Am The Fun Blame Monster and the 2007 critic’s choice, Friend And Foe, Mines still contains that experimentation and intelligent songwriting but this time, there is a distinct emotional strength. It’s often the case that out of creative angst comes a band’s best work. Drummer Seim told European label City Slang, ‘ …(we)…did a decent job collaborating as the ideas began to take shape. But just when a song became familiar to us, the other two broke it apart again, breaking each others hearts along the way. We re-recorded, rebuilt and ultimately resented each other…and believe it or not, we’re all proud of the results’. And so they should be.

Technically speaking, Menomena has been and is one of the leaders in the indie rock scene with all three members being more than proficient at a range of instruments and the use of a looping computer program that serves to hold the disparate directions together during the writing process. Mines continues Menomena’s signature trade in writing powerful music across numerous genres. There is a power to the trio’s music, with each track packing a punch that makes the listener aware that something significant is at work. Each instrument oscillates between hitting you hard straight between the eyes and softly, innocently, almost unknowingly stroking your arm. Huge drums, blazing guitars, pulsating bass and big horns. But they never overwhelm or overpower and the album benefits as much from its subtle parts

The album contains smatterings of atmospheric and retro inspired rock and doses of sped up bar room blues, (‘Queen Black Acid and ‘TAOS’ respectively), good doses of straight ahead pop/rock (‘Killemall’) and wide brushes of the scenic and anthemic (‘Dirty Cartoons’ and ‘Tithe’). Hooks can come from anywhere, guitar, bass, piano or any of the plethora of brass instrumention on display with ‘BOTE’ and ‘Five Little Rooms’ being a perfect example of the latter. There is an unashamed use of brass on a range of tracks which has become a Menomena signature. The use of the piano comes to the fore on the dramatic, ‘Oh Pretty Boy, You’re Such A Big Boy’ with a gigantic deep hook appearing every two bars mirrored by sax.

For all the problems experienced during the writing process, for all the problems associated with fitting in disparate influences and a multitude of instruments  as well as a big sound, Menomena has pulled it off with Mines. There is a noticeable cohesiveness to this record and what’s more, an emotion that perhaps has been lacking in previous releases. For all Friend And Foe’s technical and creative brilliance, that’s probably one area where that album was lacking. Mines on the other hand has it in spades which is clear that personal and creative differences between talented artists can often produce that intangible emotion that rounds off the rough edges that a cerebrally and technically proficient set of ideas often produce. That cohesion and emotion culminate perfectly on the closing track, INTIL. If it is to be the last piece of music Menomena gifts us (and lets hope it’s not), we’ll know they’ve given us and themselves one hell of a ride.