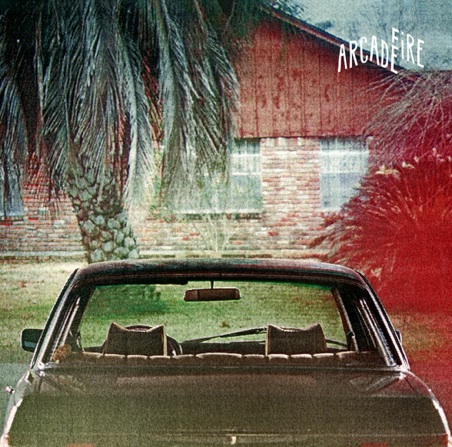 Driveways, bikes, porches, cul de sacs; the urban landscape of the suburbs means different things to different people. David Lynch saw it as a place of deep dark secrets with a sinister underbelly (Blue Velvet), Tim Burton as a haven of mechanical monotony and brutal impulse (Edward Scissorhands), Frank Lloyd Wright described it as a place of “Wide lawns and narrow minds”.  The sameness of the sprawl, McMansions, flowerbeds, conformity, garage sales… it begs artists’ interpretation, and by casting their gaze across a world so familiar to most of us, they offer a representation we can connect with.  And one thing that often happens upon spending time away from a suburb you grew up in, be it months or years, is the strange feeling on return. The fact that often, on the surface, nothing has changed, and on the other hand it seems so different. Seen again through the lens of adulthood with experiences lived and a wider world explored , it brings a feeling of disconnection and self awareness that is unlike anything else.

Arcade Fire have embraced this idea, and with this third album produced sixteen tracks paying homage to the built environment of their childhood. Win and Will Butler were born in a small Californian town near the Nevada border with a population of about fifty and moved to a Houston suburb as small kids. Win described it on NPR as like “moving to Mars or something”.  What we have here with The Suburbs is a revisit to the faded memories of that time. The catalyst for the album began last year when Win Butler received a letter from an old friend… “he sent us a picture of him with his daughter on his shoulders at the mall around the corner from where we lived, and the combination of seeing this familiar place and seeing my friend with his child brought back a lot of feeling from that time. I found myself trying to remember the town that we grew up in and trying to retrace as much as I could remember.”

Arcade Fire have struck a chord, delivering a package that people can relate to. The stresses we all face, the time spent wondering if we made the right decisions, lamenting about a time almost forgotten in the bustle of modern life. The Suburbs doesn’t come in with guns blazing however, instead it almost casually saunters in with the opening title track, with upbeat piano belying the lyrics indicating the theme ahead, “In the suburbs I, I learned to drive, And you told me we’d never survive”, continuing with “And all of the houses they build in the seventies finally fall, Meant nothin’ at all, Meant nothin’ at all”. The track bumps into the melancholy ‘Ready To Start’ a self-deprecating song of heartache, fear and stepping into the dark.  ‘Modern Man’ tells the story of our current time in western society, “Like a record that’s skipping, I’m a modern man, And the clock keeps ticking, I’m a modern man” it’s a far cry from the memories of being a kid cycling around the neighbourhood for no reason other than that’s what you wanted to do.

‘Suburban War’ sitting at the halfway point of the LP is a beautiful expression of the grief surrounding the loss of friends due to distance and growing apart…”Now the cities we live in, Could be distant stars, And I search for you, In every passing car”.  Starting with gorgeous guitar, this track almost seems like a continuation of the opener but in a totally different gear, sharing the lyrics “In the suburbs I, I learned to drive, People told me we would never survive, So grab your mother’s keys we leave tonight”.  It’s a sad reflection on what can’t be reclaimed, a weary, nostalgic comment on something that just happens sometimes, and something that most can relate to.

The high speed frenetic world of today is captured in ‘We Used To Wait’, with staccato, minor-key piano chords evoking anxiety and the drums of Jeremy Gara building suitably to the track’s climax. Minimal drums and an ethereal quality mark ‘Half Light 1’ resplendent with strings and Regeine Chassagne on vocals, a very different track to her other offering on the album ‘Sprawl 2’ which has more of a  pop sensibility about it to the others. The other half of this track pairing has Butler’s mournful vocals capturing the feeling again of revisiting a place of emotional attachment, but this time with no one left there to consolidate those feelings with.  It’s driving past a house you used to live in, knowing there is another family in there now, their silhouettes behind drawn curtains.

Arcade Fire have actually been a band I have regretfully neglected over the past couple of years. Coming in to their sound and style with fresh ears has been a rewarding experience as it has going through the previous two albums. What sets The Suburbs apart from the others is how well it works as a whole. It’s not one to skip forward and back through, the tracks ebb, flow and build on one another beautifully to create a body of work that is nothing short of a masterpiece.  It draws on something within all of us, and is cathartic while still leaving things unresolved. In the post GFC world of today Arcade Fire have given a snapshot of our time, where nothing is certain, but life moves on, and it’s a shared experience.