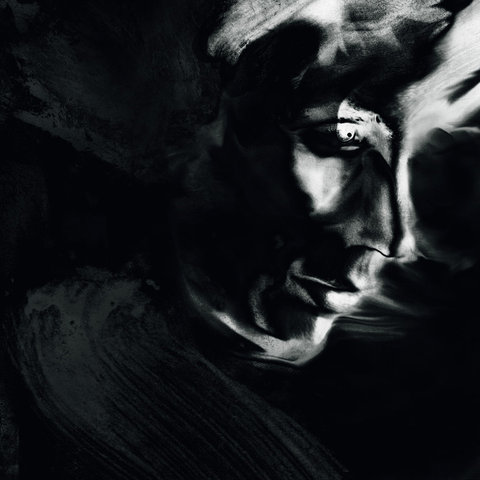 Instant celebrity is a common thing these days, with commercially driven shows like Idol and a million off-shoots promising fame and wealth to young wanna-bes everywhere. But, provenance is another thing and when two artists, one with it and one without, are looked at side by side there is no comparison. Matthew Dear has a history going back eleven years and one listen to his new album, Black City, shows the long string of influences and experiences are there in each track.

Dear was there in Detroit as a teenager when it was the dance music capital of the world and while at Michigan University he met Sam Valenti, the two would go on to create the renowned Ghostly International label. Soon enough Dear released his (and Ghostly’s) first single ‘Hands Up For Detroit’, then a swathe of singles under the aliases Audion, False and Jabberjaw. Each one with a different edge and take on the electro sound. Prolific recording over the past ten years has seen around thirty LPs and EPs released, including international hits on dancefloors (Dog Days, Hands Up For Detroit) and remixes of many including Spoon, The Chemical Bros., Hot Chip, Dubfire and the amazing Juan Maclean track ‘Happy House’.

The artistry and strength of Dear’s arc continues with his third LP as Matthew Dear on Ghostly International, Black City. And it sounds like a city at night. No sunny beams of light filter through this place, with the label describing it as “a monument to the shadowy side of urban life that bumps and creaks, shudders and wakes up screaming in the middle of the night… and it’s his darkest and most engrossing work to date”. From the outset, we can hear this in the album opener, ‘Honey’. Stripped back to a minimum, with no drums, it lurches along. It truly sets the tone of what is coming over the next fifty eight minutes. The first single and Indie30 chart topper ‘Little People (Black City)’ is a nine minute sound-scaped tour through this complex, nocturnal world. It’s clinical and restrained, with synths, loops and multi-tracked vocals creating a hypnotic neon gothic playground. ‘Slowdance’ comes up next, a bittersweet lullaby to a lover, stretched out synths and scratchy bass sit beautifully together. In a way it sounds quite upbeat and is one of the albums sweeter moments despite the tension encapsulated within the lyrics, “I can’t be the one to tell you everything’s wrong”.

‘You Put A Smell On Me’ is the most electro on the track-listing here, with Dear offering us a ride in his ‘big black car’ and then ‘a dance on his big dance-floor’. Sinister at times the beats build up to the chorus of ‘little red night-gown’; the history and experience of his dance music roots shines through here in spades. The sauntering ‘Shortwave’ follows, sitting around the halfway mark of Black City, and it’s about where we should be at this point of the LP. Almost like we have been invited in from the cold shadowy streets of the mythical city to his ‘fabulous mansion’ which one can only imagine to be something like the creaking old foreboding house in Fight Club, collapsing in on itself. The lyrics and vocal style are again strange and multi-tracked, not quite right, a feeling of a place where time is stretched and then reflected in what we are listening to, out of kilter, too fast or too slow.

‘More Surgery’ has an anxious intro, and feels kind of groggy, like you have just woken up with a spinning head. More bizarre lyrics ensue, ‘this local sedative makes the body slow’ and ‘I’m in love with ghosts, when I feel alone’, culminating with ‘I need more surgery, there’s so much more to me’. The album closer is ‘Gem’, and is aptly placed, a track that indicates the sun is rising and a new day is inevitable, no matter how much we fight it, or hit the snooze button on the night to get yet another few hours and stave it off, just for now, one more drink, one more dance. Piano on this track is a highlight and as with the opener, ‘Honey’, the absence of a drum track only highlights the many layers here. The mix isn’t perfectly clean, with distortions in the synths, but it sounds all the better for it.

Taking things to another level with the release of Black City, Dear has commissioned a ‘totem’, hand cast in bonded aluminium, finished in gun-metal patina and representing a building from his metaphorical city. Each one features the letters MDBC along with a unique code to open up locked pages on his website, enabling a full stream of the LP and special tracks. This limited edition of one hundred blurs the boundary between sculpture and device. A physical thing that embodies the tone of Black City, representing a soot-stained high-rise, one part of a massive skyline. Another piece of his puzzle.

Attention to detail and subtleties are what make this album stand apart from anything else, both in its uniqueness and delivery. Perhaps best summed up by listening to the last moments of the album itself. As ‘Gem’ trails off, the experience is over. An indistinguishable sound is heard way back in the mix, something just out of reach but omnipresent all the same. Is it the sounds of a party from another room in his mansion, or merely birds circling the roof above? It doesn’t matter, it’s what you want it to be.

Video and details of totem here.