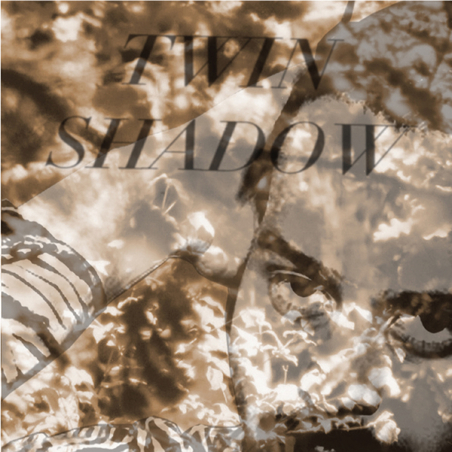 There are a lot of bands and artists today who have embraced music of the past and reworked it to create a post millennium sound we are all now familiar with. It’s not a rip off, although the influence is boldly there, but it’s reworked, put through the wringer and confidently released in ways that seemed pure science-fiction to those originally responsible for it.  Twin Shadow is an artist who falls into this category and after the release of his debut LP, one who seems naturally at ease with his place in the indie music scene. A combination of heartfelt song writing, tight instrumentation and powerful, emotive vocals make Forget a work of beauty, unlike anything else around.

Twin Shadow is George Lewis Jnr, born in the Dominican Republic, and raised in the predominantly white neighbourhoods of Venice, Florida with his sisters, one of which is his twin, hence the moniker. His childhood provided much of the material for the album, the raw emotion, anxieties, uncertainties, and angst that come with the territory of adolescence are there, embedded in each track. Rather than an awkward remembrance of this time, the emotions are worn on the sleeve without shame and are embraced to create a range of songs that speak straight to the listener, cutting through the crap. This is of course what separates good music from the mediocre, pedestrian drivel a million radio stations are unfortunately dedicated to. Lewis has said of his childhood, “I grew up on a little man-made island, it was really, really lonely. I had a run in with the KKK when I was 16 years old at a party where I was the only black kid. A lot of the record was me thinking about all of my weird experiences growing up and trying to let them go. Bitterness is a good way to stay in your past and I have no interest in that.”

Finding his way out of Florida, Lewis spent some time in Boston playing in a post-punk band, and garnering a following of devotees before making his move to New York and Brooklyn. A few years in Europe working with theatre troupes began the formation of what was to become Twin Shadow, and upon his return to NYC, the lyrics started flowing. Churning out reams of material on a typewriter, he hooked up with Grizzly Bear bassist and producer Chris Taylor, who agreed to sign Lewis up on his label, Terrible Records, of which Forget was the first LP. Recording often took place in hotel rooms, with Lewis alone playing all instruments and recording after midnight. The result is a tightly produced, nostalgia infused collection of songs about love, being in and out of it.

Forget kicks off with ‘Tyrant Destroyed’, beginning with a heart-beat like drum machine tempo and rising synths amongst chirps of electric guitar, as we are introduced to Lewis’ silky vocals. The lyrics stand out from the first instant, clear and direct, “As if it wasn’t enough just to hear you speak, they had to give you lips like that”. The doubled vocal harmonies work beautifully as the track leads into ‘When We Were Dancing’. The bass lines which feature on many tracks debut here, one of the aforementioned touches of the 70s and 80s that seem so perfectly placed on this LP. ‘I Can’t Wait’ is just one of the highlights found on Forget, the way Lewis can control his vocals evident, being wistful one moment and urgent the next. The comparisons to Morrisey are obvious, but they are all Twin Shadow. This track smacks of the awkward feelings of long ago most have experienced, “Her face to me, I see she’s asking for a dance, You know she loves my moves, Her hands around my waist, My arms around her back, You know she loves my moves”.

‘Yellow Balloon’ with its mix of electronic and live percussion begins with zooming synths and has a smooth elegance about it. Like so many tracks found here, it showcases the attention to detail producer Chris Taylor has contributed. The layers found on this album are many and while being subtle, create an atmosphere that allows you to listen again and again, appreciating it in a new way each time, both lyrically and musically. ‘Castles In The Snow’, is another highlight. “Everything I touch turns cold, Castles in the snow”, is another example of the vulnerability that permeates the album. ‘Slow’ bringing up the rear of the LP seems to bring the whole lot together. Big chorus, big guitar, big regrets, it has the 80s feel but at the same time is ultimately very fresh and original. “How many times did you let me win? Give me one more, my tickets in, Oh can we try again? Can we try again?”

Twin Shadow is indicative of the way decent indie music should be sounding. Embracing the past, yet standing firmly in 2010. His use of electronic and acoustic instruments, combined with emotional, honest song writing and powerfully expressive vocals have made Forget one of the most impressive debut albums of the year. The follow up is always a major challenge, and many artists fall in a heap trying to live up to expectations. Somehow I think Twin Shadow will have a lot more to say, and I for one am looking forward to hearing what that will be.