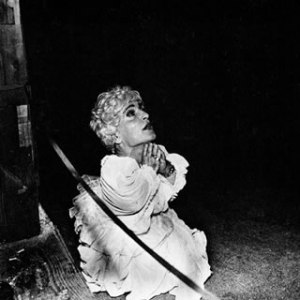 Music artists, whether they are bands or solo performers are supposed to have a small window of opportunity, a period of time where their creative forces are at their peak and their best work is on display. One, maybe two albums seems to be the shelflife. Very few artists are able to prolong this, invariably forcing out lacklustre efforts at some stage of their careers or sticking around far beyond their use by date. It is made all the more harder by the nature of the modern music paradigm, as more music is produced, it gets more and more difficult to produce anything vital of original note, or even put your own stamp on the past and produce anything is that is going to value add to what has come before. However, examples do abound of bands who confound such conventional wisdom.

And so we come to Deerhunter, the Atlanta four piece who formed in 2001. In the early years, the band struggled with personal demons and the loss of bassist Justin Bosworth who died in a skateboarding mishap. The creative result of those first few years was the self-admittedly rushed and angst ridden first album, recorded in 2004 and released a year later. officially self titled, it is often referred to as Turn It Up Faggot, a reference to a taunt often heard from the audience at early shows. Frontman and creative force Bradford Cox would later admit to Pitchfork that the band were desperate to put something out and were not ready. You get the feeling that such inauspicious beginnings (that’s not to say the album doesn’t have its doses of promise), the subsequent infighting and personal issues in the band that surrounded the tortuous and aborted recordings of the second album were the makings of the even and consistent brilliance we’ve heard from Deerhunter since. From adversity comes triumph.

The brave departure from those abrasive early days toward a far more diverse embrace of space and sound finally surfaced when that second album Cryptograms, finally saw the light of day in early 2007. Quickly followed by the impressive Fluorescent Grey EP and from then onwards a plethora of high quality solo (and band recordings) were forthcoming from not only Cox, with two as Atlas Sound but also from the man largely responsible with Cox for changing Deerhunter’s approach, guitarist and multi-instrumentalist Lockett Pundt as Lotus Plaza. The high water mark was reached with the 2008 release, Microcastle, one of the best albums of the first decade of the twentieth century.That each of these solo and band recordings have maintained a consistency of creative excellence brings me back to that aforementioned window of opportunity. Conventional wisdom could of potentially dictated that Deerhunter had run its creative course.

But there is something special about this band that turns that notion on its head, an intangible something that suggests that creativity and vitality is in their DNA. There need be no more proof of that than Halcyon Digest, the band’s fourth full length release and unbelievably a better one that its much hailed predecessor. It’s not so much the overly familiar but cleverly utilised chord structures and melodies that render Halcyon Digest a masterpiece but the overall distinctive mood and atmosphere that the band bring to the table like no other. And as the title suggests, the reflective memory looms large as Cox seems to search for bearability in those memories and seeks an escape from their propensity to entomb and render the future unnavigable.

Those reverb filled melodic structures are accompanied by the bands signature metronomic, almost hallucinogenic timing all of which are enveloped in a heady and dreamy atmospheric. The vague and detached memories of Cox’s lyrics add to the cerebral trip. Sitting on top of all this, despite the bands now familiar manipulative mastery of the recording technique is the ever present DIY aethestic suggesting that there always exists a fine line between between self-doubt and assured confidence. How a band can give off both vibes at the same time beggars belief but that is what makes Halcyon Digest so damn good on every level.

The album begins with the arpeggio sourced slow dance, ‘Earthquake’, that on first listen appears as pedestrian as its pace. Subsequent listens reveal something new each time as the ambient effects engulf its skeletal core. Cox gives us the first example of his ventriloquist act, cutting a lonely figure vocalising from the corner while his voice seems front and centre; “No-one cares for me, I keep no company, I have minimal needs, And now they are through with me”. ‘Don’t Cry’ is a 60s inspired ode of understanding to the troubles of youth. ‘Revival’, is a country inspired upbeat number but lyrically its a metaphysical journey that belies its cottin pickin’ sound while the brittle ‘Sailing’ is full of the mantra of resignation, ‘You learn to accept, whatever you can get’. ‘Memory Lines’ begins with an uplifting chiming chord structure and continues the reflective trajectory of looking back and packs a punch in its brief two minutes of nostalgia.

Smack bang in the middle of the tracklist is ‘Desire Lines’ a track that is to Halcyon Days what ‘Nothing Ever Happened’ (undoubtedly Deerhunter’s best song of its type) was to Microcastle, a rock out jam that contains multiple parts that could be two or three separate songs but somehow hang together as one. It propels the album forward energetically into its back half.

Beginning that back half is ‘Basement Scene’ a song that is an example of the many instances where Deerhunter explores and transforms familiarity. That familiarity is instantaneously recognisable here as is the transformative quality. Cox uses the Everly Brothers’ chorus from ‘All I Have To Do Is Dream’ to great effect in the kick off to each verse. One of the album’s best tracks, ‘Helicopter’ follows, a sonically aquatic adventure that is indicative of Cox’s solo direction. Its hypnotic one two beat, simultaneous guitar and vocal and multiple build ups make for an exciting, almost breathtaking musical journey despite the bleak lyrical content. ‘Fountain Stairs’ is a foot to the floor winner that harks back to the best that the 60s and 70s had to offer while the rocking ‘Coronado’ re-introduces us to the saxophone in almost a celebration of the much maligned instrument.

Halcyon Digest ends poignantly with the seven minute classic ‘He Would Have Laughed’, a nod to the late Jay Reatard. It sees Deerhunter at the top of the game as the duality of the superbly stitled arpeggio melody is complemented by Cox’s gravelly croon, a croon that laments loss and isn’t sure why he’s the one that’s still here and for what purpose;

‘I get bored as I get older, find new ways to spend my time’

In anticipating this release, if someone had of said that Deerhunter would release something that would surpass Microcastle the law of averages would of been on side of doubt. Maybe Microcastle was their little window but in truth Halcyon Digest is better in so many respects and stating that in no way diminishes the value of Microcastle. Evolution is a constant never ending process and it is only natural that such a creative group would continue to flourish. There’s a feeling that something very special is at work on everything Cox and company touch. Halcyon Digest is proof that looking back is actually crucial to looking forward and its clear that Deerhunter’s knowledge of the past centrally informs its future. This release has proven the band to be as vital to the music of this century as any of the known luminaries were to the last – and today’s music is just as good if not better.