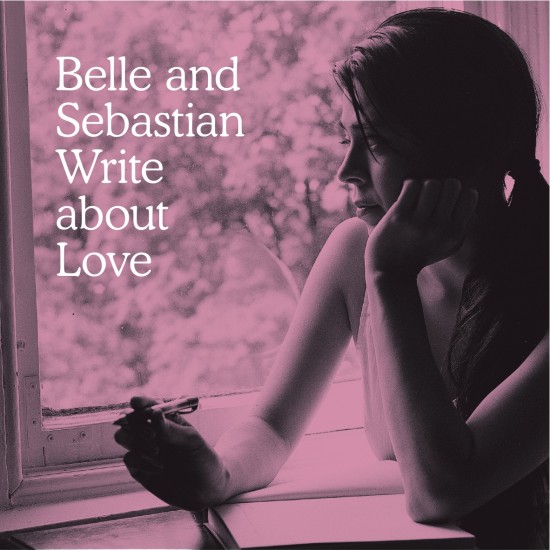 BELLE AND SEBASTIAN – Write About Love

Buy back in July at the Latitude Festival, their first gig in four years. Sarah Martin leads the first track on the new album, ‘I Didn’t See It Coming’ which begins a theme of the following eleven songs, namely the often mundaneness of life, bills, jobs, traffic, and the escape out of that. “We don’t have no money, forget about it honey”, Martin’s sweet vocals make everything seem ok despite life’s struggles. Murdoch takes on the second track, ‘Come On Sister’, “It’s fun thinking of you like a movie star, and it’s dumb, thinking of you as the way you are”, its catchy chorus upbeat, with lyrics along the lines of a half hearted attempt to pick-up at a bar. ‘Calculating Bimbo’ is melancholy and beautiful, another track about a girl, and letting the past go.

‘I Want The World To Stop’ is a highlight, full of lush harmonies between Murdoch and Martin, strings and graceful build-ups. ‘Little Lou, Ugly Jack, Prophet John’ features Norah Jones, and lumbers along, again a track packed with remorse. The call and response between Murdoch and Jones is honeyed and silky, “What a waste I could have been your lover, what a waste I could have been your friend”, says it all. ‘Write About Love’ is the second track with a guest, this time Carey Mulligan. It’s a sharp, succinct lament of a sucky job where the highlight is taking lunch on the rooftop. ‘I Can See Your Future’ is one of the most instrumentally diverse tracks, with strings, and horn section dominating. The album closes with a reprise of ‘Write About Love’, reminding us of how life is a drag when you stare at the clock, and dreams are just out the window, ready for the taking.

Write About Love comes with its own half hour television show, complete with host and studio audience, beautiful shots of Glasgow, behind the scenes chats with industry folk, and live performances. It’s a fitting snapshot of what Belle and Sebastian are all about, and that’s about being themself. Not taking themselves too seriously, not following the crowd, doing their thing on their own terms. The cover art for Write About Love sums it up perfectly.