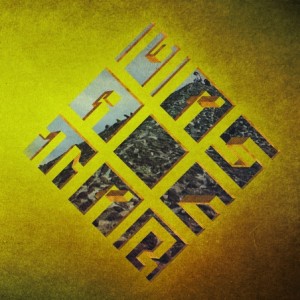 MASERATI – Pyramid Of The Sun

Maserati have been around for a decade now, and have been prolific in that time since self-releasing their debut EP, 37:29:24 onto a print of just 500 vinyls back in 2001. The band has changed in both style and line-up since then, with Pyramid of the Sun being a different sound altogether than their early post-punk work. A driving factor in this would have to be due to Jerry Fuchs who joined Maserati in 2005 following the departure of drummer Phil Horan. Fuchs had played and recorded with a massive array of indie bands including !!!, The Juan MacLean, Holy Ghost!, LCD Soundsystem, MSTRKRFT, and was associated with the label DFA. Tragically, November last year, Fuchs fell down an elevator shaft to his death in Williamsburg, Brooklyn. This album is a labour of love, according to a press release, the extra time and care that went into the record was in an effort to honour and preserve Fuchs’s final works.

The eight instrumental tracks have a driving momentum that display the skills of each musician, first and foremost Jerry Fuchs’ mastery of the drums. The LP was mixed with Justin Van Der Volgen (!!!, Out Hud, TBD) and Temporary Residence founder Jeremy deVine (Sonna). Pyramid Of the Sun includes two tracks with friend and tourmate Steve Moore (from the band Zombi), the blazing ‘They’ll No More Suffer From Thirst’ and the heavy synthed ‘Oaxaca’, bound to be a dance floor favourite. The musicianship is tight and precise across each and every track on this album.

The varied structure of the tracks leave you looking forward to what will come next, as they wander between light and darkness. The extra time spent on producing, on preserving the drum magic of Fuchs as seen here in Pyramid, is clear to see. Perhaps the best example is found on the last track to the LP, ‘Bye M’Friend, Goodbye’ a motorik journey that eases you in slowly over the first two minutes before kicking into a high energy showcase of what these guys can do, and do very well. It’s impossible to listen to this track and not pick up on how excellent the drumming is. On the shorter ‘Ruins’, Fuchs’ percussion sounds like a train surging forward behind wailing guitar, before it slows down to a screeching halt as if it has arrived at the station.

This album must have been difficult yet rewarding for Maserati to complete considering the events that happened during its production. It stands proud and is testament to the artistry of all involved. Pyramid Of The Sun is one of those albums that will stand the test of time, and be there playing in the background of after-parties for years to come.

From the album, ‘Pyramid Of The Sun’, Temporary Residence Limited