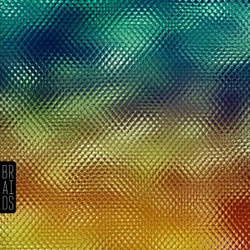 The creation of atmospherics in music has always been important at the best of times, but it just seems much more so at present. Having the ability to bring this important ingredient to the table seems to complete things. Possessing all the virtuosity in the world, when employed alone, just doesn’t cut it anymore. Of course, being technically proficient is important but it’s now just a part of something much larger, much more important and vital. And that something is texture, mood and atmosphere, a creative process that renders the studio and non-traditional forms of musicianship integral. That’s not to say that past eras haven’t been characterised by both, but it just seems mandatory now. A band that possess both is the Calgary raised and now Montreal based post-rock four piece, Braids. What is even more impressive about what they’ve been able to produce on their debut album, Native Speaker is that they are all between the ages of 19 and 21.

Containing seven substantial tracks, its been a while coming with the release date being bandied about since last May. Good things take time and you get the sense that the foursome wanted to ensure their work was rewarded under their own terms. The album is entirely self produced and recorded, a remarkable feat when you actually take in the result. Cinematic in scope and lush and spacious simultaneously, Raphaelle Standell-Preston (vocals, guitar), Austin Tufts (Drums), Katie Lee (vocals, keyboard) and Taylor Smith (guitar and bass) possess a synergy that comes out seamlessly on each track. Adept use of loops, reverb, delay and ambient effects complements the more traditional instrumentation that is employed minimally for maximum, often unnerving effect. The foursome clearly know the importance of playing their roles and not overstepping them. It’s as if they know that to do so will be ruinous to what they are striving to create, a truly sensitive, intelligent and democratically produced piece of art.

Native Speaker begins with ‘Lemonade’, probably the most immediate track on the album. A vocal loop underneath an urgent duelling guitar melody that is present almost throughout ushers in the song and combines with mixture of percussion using all parts of the drum kit. Frantic guitar ensues and Standell-Preston’s voice purrs to unsettling lyrical content “Have you fucked, All the stray kids yet?” before unleashing its unabashed power in the short chorus. ‘Plath Heart’ highlights Standell-Preston’s standout vocal acrobatics perfectly as she fights the expectation that women must reproduce to be whole while musically its the most upbeat track on the record with its pulsating synth and flickering percussion.

‘Glass Deers’ bears a hypnotic loop before ascending into the dreamy ether – momentarily. However, here the music deceives at initial surface level as the song descends into uncertainty. Standell-Preston backs that unsettling feel as she repeats the phrase ‘I’m fucked up’ in deconstructionalist fashion before launching into almost pained screams.  The album’s standout is the title track. It contains a killer loop that you won’t find easy to get out of your head, like an aortic valve feeding the song’s spartan extremities – piano tremelos, washes of percussive effects and layered, harmony laden delayed vocal echoes.

On first listen through, the first four tracks aforementioned tend to overwhelm and render the album’s second half initially obsolete. However, like with anything substantial, subsequent listens will reward in spades to the point where you’ll feel your first impressions foolish. ‘Lammicken’s’ haunting sound rests on the line “I Can’t Stop It”. Just what that ‘it’ is is unclear and strangely it could be positive or negative, uplifting or menacing. The contemplative ‘Same Mum’ has hypnotic qualities while jazzy slo-jam, the instrumental ‘Little Hand’ rounds off the album nicely as it ebbs to a definitive conclusion.

Native Speaker undoubtedly is an experimental album, one that sees Braids experiment and tinker with sound and space searching for the right mix. But that doesn’t mean they sacrifice a sense of melody for the sake of sounding different. That’s the impressive aspect of the album, that the band can combine the outer reaches of accessibility with a sense of immediacy. Possessing an undoubted spirit of artistic independence and being blessed with musical intelligence enables them to achieve this difficult balancing act. That they have done this so early in their career speaks volumes and sets the bar high for what is to come.