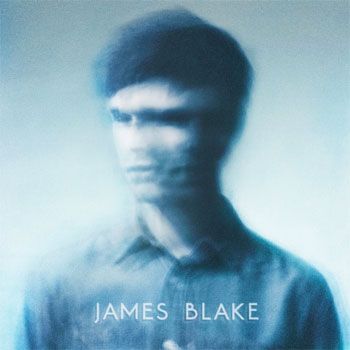 For a musician who released his first EP a little over 18 months ago, James Blake has impressed many with his unique and delicate blend of ambient electro music. Strong yet fragile vocals sit at the forefront of his tracks but without taking away from the careful instrumentation and layers of samples, drum machine, piano, synths and sequencing. He was noticed immediately upon the first release in July 2009, with Air & Lack Therof which came out on the dubstep label Hemlock Recordings. DJ Gilles Peterson picked up the EP and gave it exposure on his BBC 1 show, before inviting Blake in to perform a set on his international radio show. Equally successful were his subsequent EPs released in 2010, The Bells Sketch, CMYK, and finally Klavierwerke, all receiving loads of DJ love and rounding off a busy and productive year, culminating with Blake being awarded the number two position of BBCs Sound Of 2011 poll. This chart heralds the coming year’s ‘likely successful musicians’, and saw him placing in front of acts like Jamie Woon, The Vaccines and Clare Maguire.

Perhaps his biggest breakthrough came with cover of ‘Limit To Your Love’ originally recorded by Canadian indie songstress Feist, making it into the UK singles chart and chosen by DJ Zane Rowe as ‘The Hottest Record In The World’. The self titled LP was dropped February 7 and features eleven tracks, each one experimental, unique and undoubtedly his own. There are elements of soul, rhythm and blues and even gospel to be found here, but twisted through his use of technology and treatment to create an inimitable piece of work.

Vocoders usually serve as a blinding signal that what you are listening to is, well, shit. But it’s not the case here, it serves a purpose and works beautifully accentuating Blake’s vocal delicateness as on the opening track, ‘Unluck’. From this we move into ‘Wilhelm’s Scream’, where we hear the undercurrents of that sub base which dominates several songs of this LP. ‘Lindesfarne I’ is stripped back to the bare minimum, using vocoder once more and little else before gliding into the second part of the track.

‘Limit To Your Love’ highlights the incredible and powerful way Blake uses silence so effectively, holding it mid track, for a second, a void that just adds that extra dimension. When the vacuum is filled with the multi track harmonies and bass, Blake’s skill as producer and singer are clear to see. ‘Why Don’t You Call Me’ begins with only piano and voice before taking a swift left turn at forty seconds in, where he samples the piano track and vocals into a strange and awkward tangent. ‘I Mind’, the second part of this track, sees more subtle flourishes, drifting in and out, in dreamlike fashion, a steady percussive click and synths adding to its atmosphere. The album closer, ‘Measurements’ has a heap of layering going on, vocals over vocals in a somewhat gospel sounding track again highlighting the range and maturity this young singer songwriter is capable of.

There is certain sense of mystery throughout this LP, which is hard to pin down. Blake is a musician with many facets, the album cover alludes to this. He has given us just a taste of what he can do, and there is definitely more to be revealed from this talented genre defying artist.