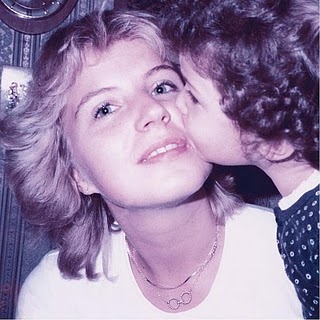 From the foothills of the Alps, in Trento Italy, come the beautiful languid sounds of Casa Del Mirto. A fitting location for this dreamy disco pop which is the work of Marco Ricci. With origins in producing club music in the mid 2000s, Ricci’s early work had hints of 90s house, fast beats and piano loops certain to get arses on the dancefloor in seconds. While he excelled at this genre, he had other ideas in mind, and took a left turn to immerse himself in his love of chamber music and more introspective, personal and intimate tracks. So we have 1979, Casa Del Mirto’s debut LP, twelve songs which have been described as tropical, dreamwave, disco house and shoegaze, whatever you call it, it’s infectious and soothing stuff.

Ricci’s first releases, Supertrendycoolfashion, Numero Uno, The Eternal and Acafulcro are available to download from his myspace and are definitely worth a listen, with the latter two EP’s marking his change in direction. It all comes together on 1979, (the year of his birth) with a set of strong tracks featuring reverb, loops, samples and synths set amongst beats from a Roland 505 drum machine. ‘The Right Way’ kicks off the LP after the short intro with a blast. Simple in structure, like many found on 1979, it skims along having just the right amount of house influence in it while still sitting firmly in 2011. Next up, ‘The Haste’ continues to prove less is more, delivering a track that ebbs and flows with golden vocals layered along minimal synth lines. ‘Pain In My Hands’ takes a step back and is more of an acoustic ballad with ‘Killer Haze’ having a nice retro tinge and another great example of the tight production values there in every track. ‘Deep In your Mind’ is another standout track on 1979, dripping with lo-fi synths and drum machine with vocals sounding filtered and far away. ‘Club Mare’ is a sexy funk laden tune placed well towards the back of the album. It is an LP to listen to on headphones, undoubtedly the best way to appreciate all the nuances present throughout.

Ricci has said of the moniker “Casa del Mirto” means “Home of myrtle”. “Myrtle is a plant often used for spirits. It’s actually hard to find where I live, but I really liked the name. Now, after 2 years I think it is a cacophonic name, but it’s the only one I got! So I don’t think about it and I drink the liquor”. Sounds good to me. 1979 has also been released with fourteen different remixes of seven tracks, which can be streamed here at Pig Radio. These versions are a welcome addition for fans eager to have another fix of the hypnotic stylings Casa Del Mirto have delivered here. You can also purchase the LP on cassette, if anyone still has a tape deck that works! Check it out in whatever format you choose, you won’t be disappointed.