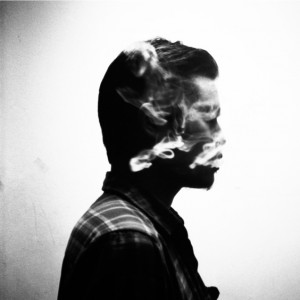 There hasn’t been a more polarising album release this year than the debut, Badlands by Dirty Beaches. Full of tortured loops steeped in 50s rockabilly and early 60s pop with a sound that is… well dirty, to say the least has left some praising its protagonist Alex Zhang Hungtai for his originality of approach and the music’s hypnotic qualities while others denigrate it as inauthentic and lazy. It all depends on what you want from your music. If you’re looking for some pure escapism and album’s built on thematic structures, then Dirty Beaches is your bag, even if some might find that escape a descent into a sonic hell. Badlands though has a cerebral quality to it no matter what your position as Hungtai channels the ultimate 1950’s or early 60’s road trip, picking up radio frequencies that assimilate pop and rock. The vehicle, a rumbling old clunker the like to be found in spades on the streets of Havana is in for a torrid time.

Each of the eight tracks employs a loop that takes a riff or melody and mines it for all its worth. If your looking for multiple changes in direction within one song you won’t find it here. There’s no better example of this than the ‘in your face’ opener ‘Speedway King’ as the industrial sounding two chord loop repeats over and over mesmerising the listener into submission. Hungtai embellishes the loop with off kilter guitar clangs that are so way off the mark they actually work. This style has had one acid tongued critic doubting that he can even play the thing. ‘Horses’ is the first of two forays into the channelling of Alan Vega and Elvis Presley. It’s a three chord progression at work here that stays throughout as Hungtai croons and yelps indecipherably.

‘Sweet 17’ is the second foray into that territory. A hypnotic rocker of a track, it gives the impression the speed of the road trip has gone up a notch. Its mono sounding loop is a head embedder than you’ll find difficult to remove. Indeed, you may just find yourself humming it unconsciously until people around start looking strangely at you wondering if you’ve got a screw loose. Again Hungtai’s added guitar over the loop gives the track added menace as his voice rises to yelping crescendo. ‘A Hundred Highways’ is where Dirty Beaches gets really dirty. Using as its base the vocal structure of 1963 track, ‘I Will Follow Him’ by Little Peggy March, if keeping to the road trip theme the whole track sounds like its being listened to slightly off station on the radio dial. As Hungtai takes his cue from Japanese psych rockers Les Rallizes Dénudés’ cover of the track, its almost as if things went a bit haywire during Sweet 17 and the driver is somewhat dazed and dishevelled. That’s certainly the case with the added guitar here as it screams and squelches away uncontrollably. Are we headed for a crash?

The answer to that is no, close call maybe, as the album takes on a more introspective melodic feel illustrated by the latest single ‘True Blue’. Taking the groove from The Ronettes ‘Keep On Dancing’, it meanders along nicely. The piano melody that underpins ‘Lord Knows Best’ is sampled directly from ‘Voila’, a 1967 hit by French chanteuse Françoise Hardy. Here Hungtai breathes his baritone vocals from deep inside an echo chamber giving the track an ethereal quality. Badlands returns to its earlier unease with ‘Black Nylon’ which is a throwback to Dirty Beaches early days and reminds of the menacing soundtracks of early silent horror flicks. ‘Hotel’ does little to put us at ease as its repetitive guitar loop and crackled vinyl leaves the impression that the road trip has ended in desolate territory.

Its understandable that an artist like Hungtai will illicit a myriad of opinions both favourable and downright unfavourable. Mining the past as he does without hiding and featuring it as the basis of his music opens him up to being labelled unoriginal. But therein lies the rub. Dirty Beaches is about themes, its about stories, its about shade and light, its about mood. Listening to Badlands in its entirety, you realise there’s absolutely nothing out there that sounds like this at present nor generates a hypnotic atmosphere so economically and efficiently. In being accused of being unoriginal, he has created a package that’s as close to original in its totality as you can get.

From the album, ‘Badlands’, Zoo Music