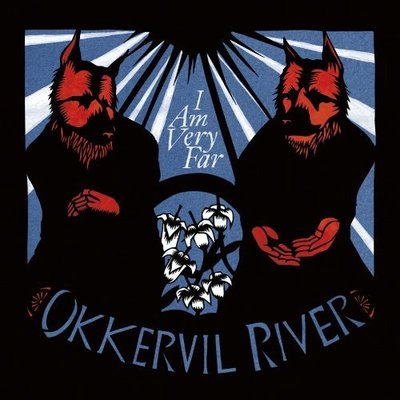 The cleverly constructed ‘We Need A Myth’ exposes the fragility of human beings in their ability to confront the truth whether personally or collectively. It just seems all too difficult to grasp anything other than the blissful simplicity of a religious myth, ‘to get two nails through the wrist, to get covered in blood and to get covered in spit, and to forgive, And if all we’re taught is a trick, why would this feeling persist, and with the truth closing in, I must insist, we need a myth’. The wistful longing of ‘Mermaid’ is perfectly placed on the record, almost musically a cathartic experience.

‘Show Yourself’ begins with a delicate mixture of unsettling guitars, slide and otherwise before giving way to a glorious, yet simple and subtle hook merged with expertly crafted effects. The bass then nicely rumbles along before the track breaks into dissonant guitars for its finale. The almost tropical 80s throwback, ”Your Past Life As A Blast’ has a catchy three chord bass line and sports barely noticeable guitar strumming as its rhythmic base as Sheff asks alternatively, ‘will you come over here and do me violence…will you stand up tall and be my shelter’. A telling line ends the song, ‘because no-one is going to stop me from loving my brother, not even my brother’.

A waltz of the rock variety does appear in the form of ‘Wake And Be Fine’ where dreams seem to have gone very wrong. The song maybe gives you the impression that all the overt and covert instances of impending dread, doom and violence that pepper the album is all in Sheff’s head. Of that we’ll never know. The closer continues the dream like state, this time musically, as intensely constructed orchestration ebbs and flows across layered vocals. The finale sees beautiful harmonies duel with off kilter instrumentation and raucous yet restrained drum fills, a perfect ending.

This is a special album, one that won’t immediately occur to you in that sense. However, I Am Very Far soon makes a place for itself in both the musical and intellectual parts of the brain. The subject matter at time can be relentless in its misery but if you delve carefully behind the menace, there’s seemingly a laid bare humanity that’s discernable. All the immediately impressive musical qualities that Okkervil River have displayed throughout their nine year recording career shine through in spades on this record. What gives further pleasure is the mystery created through obscurity. There’s nothing wrong with directness in lyrical compositions and that directness suited albums like The Stage Names. With I Am Very Far, you’ll want to delve beneath the almost impenetrable surface to unearth context and meaning, to find the shades of light, to determine whether indeed humanity deserves or has a future.

Wake And Be Fine

From the album, ‘I Am Very Far’, Jagjaguwar.