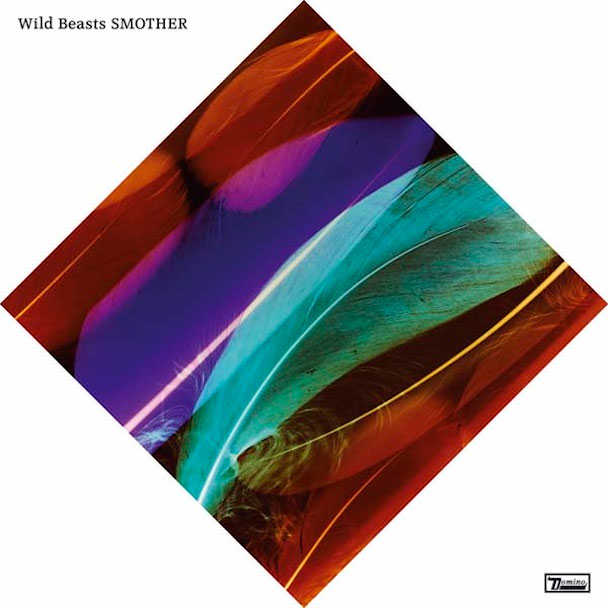 When a gothic-horror book from 1818 is cited as an influence on an album you have an idea that what is to follow will be an interesting listen, and Smother is certainly that. The third studio LP from England’s Wild Beasts has been released with high anticipation and they have delivered a soulful and sexy mix of songs that have cemented this band as one of the UK’s leading indie acts. A BBC music reviewer has said “(They) are, right now, the most inspirational, intriguing, effortlessly enrapturing band at work in Britain. And Smother might well prove to be the album of 2011”. Well there’s a few months left of 2011, but this follow up to Two Dancers is going to be up there in the running.

Apart from Mary Shelly’s ‘Frankenstein’, other influences that have shaped the sound of this release include moving to Dalton, East London, the music of noise-pop band Fuck Buttons and the works of Brazilian writer Clarice Lispector. The latter author was considered revolutionary in her country, with her first book written as an interior monologue, a connection easily found in the introspective nature of Smother. More synth pop than its predecessor, Two Dancers, the ten tracks found here are (all bar one) under five minutes but this is not a case of making anything remotely radio-friendly. The tracks smoulder and burn, with trademark vocals from Hayden Thorpe and Tom Fleming creating something of sheer beauty that the masses in the mainstream will never likely hear, on purpose anyway.

The vocal magic found in Wild Beasts is two fold, a double dose of incredible frontmen whose interplay make these tracks goose-bump material at times. Whereas Two Dancers found them splitting the bill, here on Smother tracks are shared, such as opener ‘Lions Share’ and to great effect on ‘Reach A Bit Further’. Falsettos never sounded so good. Add to this the talent of Chris Talbot on percussion, creating the atmosphere underpinning the album and it’s a lineup that was meant to be.

‘Lion’s Share’ is the opener, minimal from the outset with a pulsing synth and gorgeous piano accompanying Thorpe and Fleming’s call and response; “Boy what you running from? Boy what you running from? – It’s a terrible scare, but that’s why the dark is there, so you don’t have to see what you can’t bear”. Almost sinister at times if you listen carefully, “I take you in my mouth like a lion takes his game”, you wouldn’t know it with the sweetness of the delivery. ‘Bed Of Nails’ begins with a hark back to the 80s, synths up front, and features the aforementioned reference “Our love Online Pokies, Frankenstein in nature and design, like the Shelley’s on their very first time, when our bodies become electrified, together we bring this creature alive”. This album does seem to have one thing on its mind, as Thorpe continues “Surround me like a warm bath…I want my lips to blister when we kiss”.

Fleming takes the reins for “Deeper”, smooth as silk with some very subtle electro layered back in the mix, gaining strength as the track progresses. ‘Plaything’ is a steamy track, kick drum percussion throbbing like a heartbeat, “New squeeze, take off your chemise, and I’ll do as I please” it sounds like it could be ramped up into a blaring Fuck Buttons track any moment if given a tab of LSD. “I’ve ransacked myself, I’ve flat-packed myself, for your ease,
you know that the second I saw you, I was rendered the very voyeur, I concur, I concur”. After a cold shower it’s back to Fleming for ‘Invisible’, beginning with just a piano and his golden voice before layers of guitar, synths and grandfather-clock like ticking kicks in. It all drops away for the last few seconds to leave us with the sweet line “Your lips to my lips, I cease to exist”. ‘Reach A Bit Further’ is a standout from Smother, almost like a showdown between the guys here, both front and centre and playing off one another like split personalities of the same person; “I was crude, I was nude, I was rude…I was not in the mood – Yes I will… do all the things that you ask of me”. The breathy vocals of Thorpe seamlessly blending into those of Fleming, almost but not quite overlapping, it’s infectious as hell.

The last track clocks in at seven and a half minutes, ‘End Come Too Soon’, by far the longest song on Smother giving it more room to wander around a bit and explore the landscape. Backing vocals are used to full effect as is the atmospheric piano and synth, notably in the middle section of the track before Thorpe’s voice washes over everything. It would be easy to imagine this track finishing off a gig by the band, as cheesy as it would be considering its title, but just the thought of it would have me booking tickets. One spin is not enough for this LP, to get the most out of it repeat listens are what’s needed. And for some, it won’t be leaving the turntable / cd player / playlist for days on end.

From the album, ‘Smother’, Domino