RECORD REVIEW: JOHN MAUS – WE MUST BECOME THE PITILESS CENSORS OF OURSELVES

RECORD REVIEW: JOHN MAUS – WE MUST BECOME THE PITILESS CENSORS OF OURSELVES 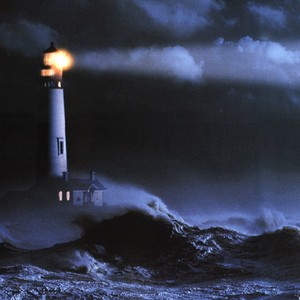 I headed down to a little pub called Le Motel in the Bastille area of Paris last Thursday night to hear some old and obscure new wave and post punk magic. The tiny two roomed venue was awash with the sounds of bands from around the globe I’d never heard of even though I was well and truly alive back then. The French have always been a little snubbed by the anglophile music world when it comes to pop music but in terms of new wave and early 80s electronica, they were in many ways ahead of the pack. Which brings me to the new album from John Maus, the unconventional eccentric re-maker of these new vouelle pop stylings. We Must Become The Pitiless Censors of Ourselves is at once a homage to those sounds as much as it is a satire on the absurdities of modern life itself. Maus’s dishevilled and drowned out vocals are testament to the latter as he stretches and strangles the shit out of familiar melodies at will.

This album is Maus’s third and best effort. Although it doesn’t possess the extent of quirks and downright sabotage present on Love Is Real, his last release from five years ago, it is a more taut affair that still sports enough ‘out there’ moments that allows it past the inevitable criticism that it is just the sum of its influences. If it is just that how can 32 minutes of music make such an impression and leave you rendered momentarily cerebrally immobilised every time you hear that bass line, that synth hook – new wave has that effect. It is much more than just ear candy. From the very start of We Must Become… something intangible grabs hold and keeps you close for the whole ride.

The album begins with ‘Streetlight’; the arpeggio synth work immediate as Maus works a starry theme to pop perfection. But you get the impression there’s something not right amidst the wonderment. First single ‘Quantum Leap’ features Joy Division influenced basslines and signature and boasts an almost choral chorus before the whole song gives way to chaotic blips and sonic screeches. The next two tracks take things down a little ‘…And The Rain’ has a metronomic beat that underpins simple bass and synth. The chorus musically mirrors the song title with its descending three notes. The embellishment of the extra synths polish the song off perfectly. The next track sees Maus lift, ‘Hey Moon’, a ballad of sorts by talented Berlin based Swedish singer-songwriter Molly Nilsson taken from her 2008 album, These Things Take Time. Virtually the same song, Maus employs his reverb drenched croon alongside Nilsson’s laconic vocals to great effect as synths again add the bells and whistles. ‘Keep Pushing On’ forces you back on to the dance floor as Maus brings back the arpeggio style synths of Giorgio Moroder and channels Phillip Oakey from The Human League. The highlights on the track are where Maus disciplines the thing through stripping it back with a single synth loop and a straight beat, almost allowing for introspectivity.

The all too short and excellent ‘The Crucifix’ with its raw post punk bassline and gothic like synth work reads like something out of a film noir horror flick. ‘Head For The Country’ is a pop gem as its electro bass line bubbles along in funked up style while synths and chimes swirl around before the song gives way to simultaneous sci/fi and blaxploitation influence. And that therein is Maus all over. The intellectual has packed so much into so small a box that your head spins, exactly the reason for the album’s existence – the excessive affirmation of all things technologically 80s, hence the sublime synth overkill, that renders the era’s limits pushed and overcome. The Stranglers make an appearance on ‘Cop Killer’ as the ascending vocal arrangements of Golden Brown’s chorus are mirrored in slower tempo as Maus sings the line ‘against the law’. The dark undertones and equally dark song title should not be confused with Maus wanting to kill cops – you’re not going to get something that simple. Rather it’s about the killing of our inner cop, the cop that sub-consciously takes it cues from authority, public or private, government or corporation who are forever attempting to kill any free spirit we might like to have. As I sit here writing this review in a hotel room in Copenhagen and having visited the largely self sufficient and self-governing free town of Christiana yesterday, the efforts of the right wing Danish government to regulate and draw that community in over the last few years spring to mind. Maus reminds us that the good things in life should never be taken for granted or at will on ‘Matter Of Fact’ where he repeats the mantra of ‘pussy is not a matter of fact’ over and over again, indeed the only line in the song. Surrealism abounds on ‘We Can Break Through’ before the album closes with one of the best tracks of 2011 so far ‘Believer’. Possessing more power that ten power stations put together, you’d almost need to generate that much base load energy to propel the huge driving bass line and the massive wall of synth sounds built around Maus’s optimistic lyrics.

While on the surface, We Must Become… seems little more than the sum of its parts, Maus’s ability to combine sheer exhiliration with intellectual discourse makes the album as lasting as it is affecting. Every listen peels back further layers not immediately apparent and this will be the reason the album will enjoy great longevity despite is brevity of length. The affecting cleverness of the interplay between bass and synthesiser dominates this album and they almost act as metaphors for gay abandon and deep thinking simultaneously. As I think back to that night in Paris, listening to Maus and watching three immaculately dressed Frenchmen pine over what new wave and post punk gem to play next reminds that far from being mindless fodder, independently made pop music is the musical language of the twenty first century and with this album, John Maus has announced that he will be one of its major players.

Head For The Country

From the album, ‘We Must Become The Pitiless Censors Of Ourselves’, Upset The Rhythm/Ribbon Music.