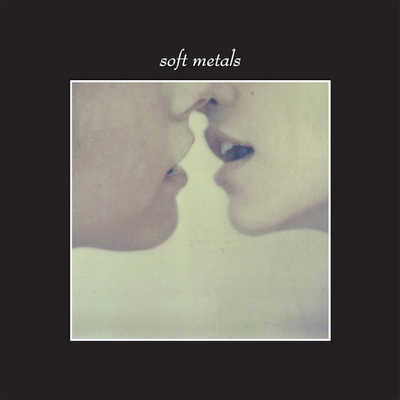 The couple (literally) that form Portland duo Soft Metals certainly wear their musical influences on their sleeves and they’re there in spades on their debut self titled LP. Ian Hicks and Patricia Hall, music and voice, have combined to make a mechanical, robotic yet very human record and it’s the result of the by-play at work between Hick’s machine like synths, effects and beats and Hall’s ethereal and dreamy vocals. Influences at play are more obscure The Units and The Young Marble Giants combined with the more familiar Kraftwerk, Souxsie And The Banshees, Depeche Mode and even Blondie. Hall could have dominated this record with her talented vocals but like Deborah Harry, she deliberately stays as just a part of the whole, the way musical construction should be, allowing Hicks to create the musical landscape that Hall heaps mood upon perfectly.

First track and album standout, ‘Psychic Driving’ is a case in point. Dramatic synths make a clarion call at the start before the beat kicks in and takes things down a notch in a very unexpected way readying you for the slow build up that stalks throughout. A simple synth note pulses as Hall sings the verse almost hopefully before the chorus kicks in with full melody underneath Hall’s ominous threat that she is to ‘take back what’s mine’. The gradually layered and measured build up continues as more synths are added into the mix and background effects a and loops come into their own. It really is on the of the best songs of 2011 so far.

Hicks’s use of repetition is a trademark of the album and ‘Always’ is a perfect example. It consists of two very repetitive and simple synth lines that underpin the song accompanied by Hall’s dreamy vocals and when paired with just the right amount of otherworldly effects gives it form and muscle. ‘Voices’,  melds metronomic structures with an 80s dance sensibility while industrial oscillators whirr about towards its end. Kraftwerk’s prints are all over the looped beat on the short ‘Celestial Call’ which owes a great deal to ‘Trans-Europe Express’, a track that’s probably been more influential than other in modern music history so they’re not the first and won’t be the last to use it. As the name suggests, there’s almost some sort of pagan ritual going on alongside it that adds interest. The excellent ‘The Cold World Melts’, could almost be called ‘The Cold War Melts’ with its 80s new wave workings reminscent of the last decade of that era. Hall mirrors Deborah Harry’s delivery on the Blondie track, ‘Rapture’ for extra effect.

The second half of the album begins with the robotic instrumental, ‘Hold My Breath’ and acts as a perfect lead in for the more substantial ‘Eyes Closed’, with each different synthesiser used to great effect diversifying the track and taking in different directions simultaneously. In fact, much of the album does this and that is it’s strength. ‘Pain’ uses vocal filter samples before launching into old disco stylings that powerfully drive the track forward, almost Depeche Mode like at times. ‘Do You Remember’ is a more emotionally charged track and probably the most organic on the album. It’s metronomic beat is softened by spacey synths and Hall’s heartfelt lyrics. Slow burning closer ‘In Throes’, again reminds of Kraftwerk’s early years, especially the synth sound and repetitive beat.

The combination of sound textures and music technology is something Soft Metals trade in and Hicks makes the point that experimentating with different sounds and influences and melding them together makes up much of their soungwriting approach. While the criticism will be out there that they are too close to their influences, great electronic music has always been about manipulating existing sounds to create something new. On their self titled debut, as the strength of ‘Psychic Driving’, The Cold World Melts’ and ‘Do You Remember’ and other tracks indicate, the potential is there for the duo to drive for further experimentation and reach even greater heights in the future.