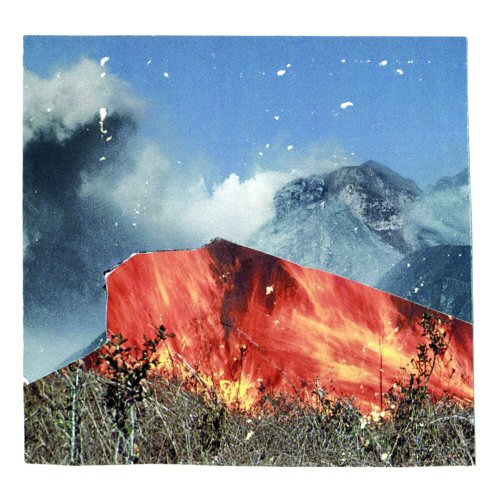 “World Unite! Lucifer Youth Foundation” is what their band name stands for, it’s pronounced ‘Woo Life’ and they are a band like no other. Four guys from Manchester make up the group, ‘Ellie Jaie’ Evan Roberts, ‘Jeau’ Joe Manning, ‘Lung’ Tom McClung, and ‘Evanse’ Evans Kati, information that wasn’t even known until the release of this original and impressive debut. In an age where artists have the whole universe of media outlets available at their fingertips, WU LYF have gone in the opposite direction. Deliberately keeping their distance, declining interviews and listing their manager as ‘War God’ they have carefully created an anonymity which only recently have they lowered their guard on.

It has been revealed that their manager is Warren Bramley, who has previously worked at the famous Factory Records with Tony Wilson. It seems fitting then, that when watching the video for the track ‘L Y F’ you are reminded of videos for the Happy Mondays, with a bunch of blokes jumping around on stage like ‘nobody is watching’, as the saying goes. The music couldn’t be further from that happy early 90s chemical induced scene however, except that both have an air of wild abandonment about them. Pulsing with positivity, which sadly seems so distant from any feeling possible in the UK as I write this at this moment in August 2011.

This debut LP, Go Tell Fire To The Mountain, has garnered a lot of attention, as have the band since they formed in 2008. Full of contradictions, for a band who master in keeping information withheld they have formidable websites and online presence you can check out below. WU LYF’s uncategorisable music is dominated by a myriad of layers and instruments including organs, walls of guitar, massive percussion and while their music can soar, it can also be toned right down to a sad whimper.

The album was recorded in an abandoned church, as they wanted to get away from the ‘sterile environment’ of a recording studio. The decision paid off, Go Tell Fire To The Mountain is an album that sounds like nothing else. ‘L Y F’ kicks off with an electric organ, reminding us of where it was recorded, and builds up with guitar and percussion entering the fray over mostly indecipherable lyrics. It seems like a loose production at this point with the  emphasis turning to focus on the vocals as the track progresses, with the one line that stands out ‘I love you forever’.’Cave Song’ is a revised version of an earlier demo track ‘Lucifer’s Calling’, and has a free and almost manic garage sound to it. ‘Such A Sad Puppy’ has more of the church organ sound with the vocals of Roberts sounding abrasive as tarmac at times, “(Winter went down him/ the mountain spat snow again) My baby/ my baby’s got no words for me/ you know a brothers in jail/ My father said son/ oh son I can’t afford his bail/ (Now don’t let me/ take up my fathers dreams)”.

The reverb on the  vocals make them stand front and centre, even when the cymbals are crashing and guitars are wailing. ‘Dirt’ starts with a thumping drumkit in the spotlight, then the keys come in and the vocals come in almost in the role of another instrument to join the others, “And no matter what they said/ dollar is not your friend/ and it’s the feeling that are hard to know/ are the feeling that all come slow”. These lyrics are as cryptic as the band is, but the closing line on this track is one of the clearest to be found on the LP, “No don’t let go/ till you find a home/ World Unite and I’ll love you forever”. ‘Concrete Gold’ and ‘We Bros.’ are positive and inspiring tracks but not in a predictable way, you can kind of feel the honesty and passion coming through the speakers as you listen.

In a rare statement released to the press, Roberts has said that they “want WU LYF to be more than a band, in the same way that Barcelona FC are more than a club”. This band has the feeling of being a collective, both with lots to say, and nothing at all. We have seen this before, in a totally different way the Afrocentric band of the early 90s, Arrested Development tried to make their voice heard through their music. A brilliant debut gave them this platform, before they vanished from the radar as quickly as they appeared. Go Tell Fire To The Mountain will also be a tough one to follow up. But I don’t think WU LYF are ones to rest on their laurels. These guys have a lot more to say, and while they might appear to at times be hiding online, when they have something to say, they will be there with gusto to let us hear it.

From the album, ‘Go Tell Fire to The Mountain’, self released

From the album, ‘Go Tell Fire To The Mountain’, Self Released