RECORD REVIEW: ACTIVE CHILD – YOU ARE ALL I SEE

RECORD REVIEW: ACTIVE CHILD – YOU ARE ALL I SEE 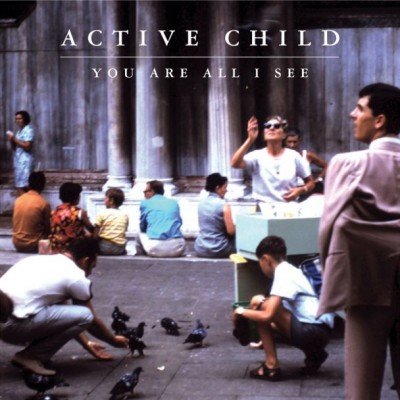 The moment I took the stunning single ‘When Your Love Is Safe’ for a spin last year, I knew that Active Child was going to give me many memorable musical moments to treasure. Indeed, Denver’s Pat Grossi, the man behind the moniker, has been impressing all and sundry with his unique, homespun brand of genre defying music for a couple of years now and the culmination to the impressive start to his career comes with his debut album, You Are All I See. Sporting ten songs laden with atmosphere and emotion, containing elements of 80s chamber pop, R & B, dubstep and hip hop beats all overlayed with a glistening shimmer that gives a sense of permanent twilight.

We knew with the release of the EP Curtis Lane last year that Grossi’s falsetto voice could command attention, but on You Are All I See, he demonstrates that his voice can not only soar but prove subtle at appropriate moments too. Similarly, the intricate, almost ornate musical arrangements show Grossi can bring more to the table musically than just the one trick or two.

The self titled opener sets the scene beautifully as harp and hopeful horns take centre stage and wrap themselves around Grossi’s poignant ode to a significant other. ‘Hanging On’ is an album standout with its slow build tempo and arresting and diverse vocal arrangements, a real showpiece of Grossi’s ability. The collaboration with Tom Krell (How To Dress Well) on
‘Playing House’ is a prime example that when R & B is done with humility and a lack of self-conciousness, it can actually sound
good. The two voices meld into each other effortlessly. ‘See Thru Eyes’ gives a nod to the emotional synth pop of the 1980s with its slow beat and hige drum sound while ‘High Priestess’ is a slow burner full of questions unanswered.

The second side starts with ‘Ivy’, an instrumental that it is atmospheric and contemplative as its synths whirl around in grand style. ‘Way Too Fast’ starts of with an icy feel as Grossi regrets his incapability to resist falling in love while at the same time laments the inability of the other in the song to feel and trust warning of inevitable loneliness. There is a definitive spacey feel to ‘Ancient Eye’ but still manages to tug at the heartstrings. ‘Shield and Sword’ cuts a disciplined sonic path as bass synth rumbles beneath its surface until the simple hook brings it to life. Closer ‘Johnny Belinda’, takes things down a notch for one hell of a poignant ending.

There’s little doubt that Grossi’s towering vocals are the star of the show on You Are All I See and along with Justin Vernon and James Blake, one of the standouts in creative music today. But that’s not to say that he is a one trick pony. There is enough density and variety in this album musically throughout with intelligent use of manufactured and real instruments and arrangements of real and lasting meaning. While some might feel that the album is somewhat distant and self-indulgent and have written so, or that the hype surrounding the album’s release has not been realised the counter argument that it is intensely immediate, personal, easy to embrace and rewards and value adds to the hype hold much more sway with this punter.

From the album, ‘You Are All I See’, Vagrant.