INTERVIEW: THIS WILL DESTROY YOU 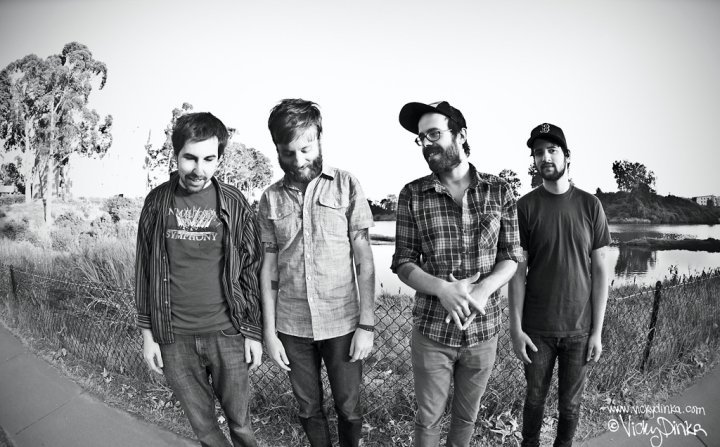 INTERVIEW: THIS WILL DESTROY YOU

Texas based four-piece This Will Destroy You have blitzed the indie scene with their latest release Tunnel Blanket, a cinematic feast for the ears that sounds better and better with each listen. Dave Roberts recently asked a few questions to founding member and guitarist Jeremy Galindo…

DAVE: How was the vibe playing at this year’s SXSW festival? Was it your first SXSW, and how was it to play in your home state?

JEREMY: For some people that live in Austin, SXSW can be frustrating as hell.
100,000 plus outsiders coming in and wrecking your town for a week can make getting around impossible. We’ve done the festival for the past 4 or 5 years, and while it’s great to do, it’s also hectic as fuck.

DAVE: How did it compare to playing at the ATP festival in the UK? Do you find the audiences respond in different ways in different countries to your music?

JEREMY: ATP is easily the best festival we’ve ever been a part of. Everyone involved is on top of their shit and you are treated as if you are headlining the festival. International audiences seem to have a better appreciation for music as a whole instead of whatever is in at the time.

DAVE: I read that your music was chosen as a soundtrack for a visual presentation at the Pentagon about disaster preparedness following Hurricane Katrina. This must have been a bizarre experience. How were you approached about this?

JEREMY: We actually had no clue that this was going on. We just heard about it after it happened. It is definitely weird.

DAVE: Do you wonder if any of the high military brass have become fans since this? Do you think George W might have you on his iPod? Your band name could have had symbolic meaning for ‘W’ at this time, considering his government’s response to the disaster in New Orleans.

JEREMY: You mean “W” pretending that it wasn’t a big deal till he felt obligated to show up there? I hope not. I doubt any of them paid any attention to the music. They have better things to do, like bomb anywhere where they can (and) steal things they feel are theirs.

DAVE: There are a lot of layers at work in the mix of your recordings, a lot of industrial sounds, electronic hums, and distant voices / singing (as on Killed The Lord…). Have you recorded anything ‘in the field’ from actual machinery or found objects, or is it all synthesised?

JEREMY: Some things we made on our own. Some were manipulated from samples we found. I’m sure there will be plenty of sampling in our future work, but who knows what it will be. We’ll grab what sounds right.

DAVE: I read early on, your music was Radiohead-like, but you made a decision to go in another direction. What drove you to this particular style of music you are known for today?

JEREMY: When we first started I guess you could say our music sounded more Radiohead inspired. But since the vocals did not turn out well, we just kept things instrumental. It’s worked out so far.

DAVE: Was there any conscious decision behind taking this new album in a different direction to the previous releases?

JEREMY: We knew we wanted to do something different, but the way everything turned out was a much more natural progression than I would’ve expected.

DAVE: Your music is perfect for road trips. Australia, like Texas has many roads that stretch out forever through vast empty landscapes. Has your home environment had any influence on your musical style?

JEREMY: Texas is a desolate and mysterious place. I think that shows in our music quite a bit. We’ve written each album in a different environment within this state and it shows.

DAVE: What do you guys think about the mass abundance recently of sub genres, and micro genres? ‘Chillwave’, ‘lo-fi’, and my favourite ‘slow-core’, do you think it has a purpose, or does it get in the way? Is it all a bit shit?

JEREMY: It’s all shit. Whatever people need to call shit for them to like it is fine with me. I just wish they knew how fucking stupid they all sound. When we called our new shit “doomgaze” it was just a joke, but it caught on somehow.

DAVE: If you could have your music in a film by a director of your choice, who would it be, and what type of film? I think David Lynch would be a good fit. Thoughts?

DAVE: If you could curate your own ATP festival who would be on the bill?

JEREMY: My current playlist is filled mostly with dead people apart from a few modern composers, so I don’t see it possible. Beyonce would headline though.

DAVE: Performing your music live on stage must be at times, an almost hypnotic experience. With a track like ‘Little Smoke’ for example, do you find you lose yourself and go off to another realm in the middle of it all? Or are you always aware of the crowd before you?

JEREMY: There has definitely been a few times where we’ve gotten lost in a certain progression and forgot to transition to the next. We always try to stay as solid as possible on stage, but it is easy to get lost.

DAVE: Of course I have to ask this obligatory question…any plans to tour Australia?

We are working on it. Hopefully we’ll be there by early next year.

This Will Destroy You (USA)